There are many names used to describe ASD's, including Institutional Autism, which many of the children available for adoption fall under.  We will cover these within this area. These names include: Autism, Autistic Disorder, Asperger's Syndrome, Pervasive Developmental Disorder. As of June 2013, one of the biggest changes in DSM-5 was that PDD-NOS, Autistic Disorder, Aspergers, and Autism were re-categorized under one diagnosis: Autism Spectrum Disorder. Autism spectrum disorder (ASD) is an umbrella term used to describe complex disorders impacting brain development that can range from mildly to profoundly disabling. These disorders are characterized, in varying degrees, by difficulties in social interaction, verbal and nonverbal communication and repetitive behaviors. Usually signs are noticed between the ages of two and three years of age and affect children in varying degrees. Children with autism may have trouble using and understanding other children's and adult’s behavior and gestures, including facial expressions, motioning them to come to you, etc. They may have difficulty participating in make-believe play (creating buildings with blocks, pretending to cook a meal or drive a car). They may seem unaffectionate and unfriendly. They may have delayed or no speech and have difficulty understanding what they hear. They may repeat words they hear or use words inappropriately or use an unusual inflection or tone of voice. They have difficulty expressing needs and wants with words, gestures, and facial expressions. About 25 percent of children with autism are nonverbal but can learn to communicate using other means. They may have repetitive/stereotypic behaviors that may include rocking, spinning, flapping of hands or fingers, or interest in only one or two things. Children with autism may also have increased or decreased sensitivity to sounds, light and touch/textures. Many children on the autism spectrum have exceptional abilities and about 40% have average to above average intellectual abilities. Others with autism have significant disability and are unable to live independently. ASD affects over three million individuals in the U.S. and tens of millions worldwide.

Labeling a child with Institutional Autism remains a debated topic, as it isn’t a definitive medical diagnosis found in pediatric textbooks. It is a term described by Ronald Federici, Psy.D who wrote about the topic after doing extensive research. Most experts agree, however, that developmental delays are often found in children who have been raised in institutional care. Many orphanages are unable, due to lack of staffing or resources, to meet all the needs that a child has for normal development. Many children receive insufficient nutrition and/or are left in cribs for a majority of their day. Because they do not receive an adequate amount of social and physical stimulation, some children’s development deteriorates to a point where the child presents with autistic behaviors or as mentally delayed.

Usually when someone describes a child as having “institutional autism,” the child is presenting with behaviors such as not being able to make eye contact, not speaking or vocalizing, not being able to interact or play, and often seeming greatly disconnected from the world around them.

When babies and children receive no outside stimulation in their lives, they often begin self-stimulating behaviors due to this deprivation. Common behaviors seen in children thought to have institutional autism are continual rocking back and forth, head banging, flapping fingers in front of their face, or repetitive motions such as pulling their hair or hitting their face.

Problems often arise when new adoptive parents meet their child for the first time and see any of these behaviors. Often during the first few days, the child will not make any eye contact, will often refuse to move or eat, and will resort to self-soothing behaviors or rages because of the sudden changes in their lives. Some parents struggle to decide whether the child is just presenting with orphanage behaviors which will diminish with time or whether their child has a more permanent and severe mental condition.  ***In many cases, children who exhibit symptoms of institutional autism have their behaviors improve over time through intervention and therapy. Therapies may include physical, emotional, and cognitive support services and may be required for months or years.

Children with a true Autism Spectrum Disorder have difficulty with social-interaction, communication and a tendency to engage in repetitive (self-stimulating) behaviors are often characteristics of ASD. Individuals with ASD may have difficulty seeing things from another person's perspective and are often seen as disconnected. Difficulty regulating emotions can result in disruptive and physically aggressive behavior. Changes in routine, transitioning from one activity to the next, or unfamiliar, overwhelming or frustrating situations can also result in distress, repetitive self-calming behaviors or even self-injurious behaviors.

Gastrointestinal distress is common among persons with autism, and affects up to 85 percent of children with ASD (Autism Speaks data). Seizure disorders, including epilepsy, occur in as many as 39 percent of those with autism. Hypersensitivity/Hyposensitivity to sensory information, is not uncommon creating unusual responses to sensory input. Pica, or a tendency to eat things that are not food. Sleep problems are also common among children and adolescents with autism and may likewise affect many adults.

Individuals diagnosed with ASD may not understand dangerous situations, placing them at risk for serious harm in areas such as water or with fire. The behaviors can become worse if affected children do not have opportunity to be with typically developing children and adults.

Each child with autism has unique abilities and potential. Many people with autism are able to live independent and fulfilling lives. 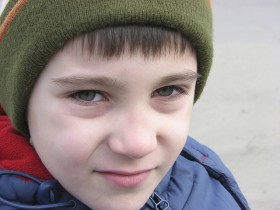 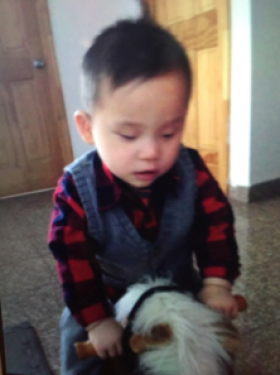