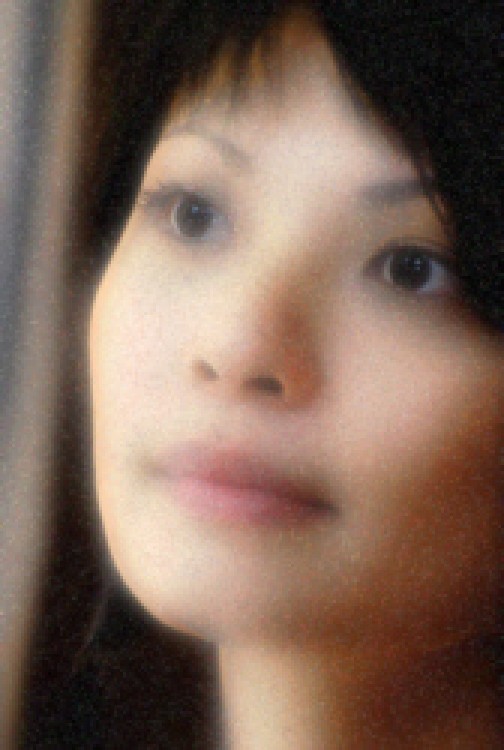 There were many reasons we chose international adoption, one being that we weren't interested in an open adoption.  After attending a workshop at Children's Home Society & Family Services of Minnesota in November of 2002, we understood the reasons behind open adoptions and felt a little sad that our child would never know his birth family.  When we chose Korea we never imagined that we could be candidates for an open international adoption.

We received our referral earlier than we expected on May 30, 2003 and noticed the word "open ?" at the top of the referral.  We were told that maybe the birth mother wanted an open adoption, but no one was sure at the time what open would mean.  We had no clue how we would proceed with an open adoption, as we had never met anyone in the Korean program with this type of adoption.

As our date to travel drew closer, we started to talk to our social worker about the possibilities.  Did she think we would be able to meet our birth mother?  Was it a good idea?  What would we say?  If we felt comfortable with the idea, our social worker thought we should arrange a meeting while we were in Seoul to receive our son.  Some of our friends and family were apprehensive about us meeting the birth mother and pursuing an open Korean adoption.

One adoption professional encouraged us not to pursue a meeting with the birth mom, possibly because it was so new to international adoption?  We were blessed to have our social worker from CHSFS, Nancy Ward, standing behind our decision to set up a meeting with our son's birth mother. Nancy sent a fax to Korea stating that we wanted to meet with the birth mother when we were in Seoul .  While we were waiting for a reply to the fax, we got our call to travel.  Forty-eight hours later we were on a plane to Seoul , South Korea .  We assumed the meeting wasn't going to take place since we never received a reply to the fax Nancy sent to the Korea adoption agency.

On Monday we met our son for the first time.  What an hour. It was surreal, to say the least.  In the middle of our visit our Korean social worker started to tell us our agenda for our stay in Seoul .  On Wednesday afternoon we were going to a luncheon with the staff at the agency.  On Thursday we were going to see the home of our Foster family and spend time with our son again.  But before that, on Tuesday, we were meeting with our son's birth mom!  What an exciting and scary thought that we would meet our son's birth mother, the very next day.

We were so nervous once we found out we were going to meet her.  We had no idea what to expect at the encounter.  We jotted down a few things we wanted to say because we were afraid we might forget what we wanted to tell her and this was the most important meeting of our lives.  The lady at the floral shop suggested white roses when we told her who the flowers were being purchased for.  We realized that flowers could never express our gratitude for being given the opportunity to become parents, but felt it would show her that we were thinking of her and this meeting.

Did I mention that we were nervous?  Nothing could have prepared us for all the emotions we felt.  Our Korean social worker had only facilitated four of these meetings before ours, so this was new to her also.  The room was stark white.  The furniture was uncomfortable.  We can't think of any situation that was more nerve racking for either of us (not even our first home visit in 2002).  As soon as we quickly took in the surroundings, we met our son's birth mother and grandmother.  We were awestruck by her beauty.  We could see our son in her face.  We gave her the flowers and an envelope with a note I had written on a beautiful note card.  She seemed surprised to be getting a letter from us.  She was careful not to rip the envelope and looked truly thankful as the letter was read to her.  There were tears in her eyes.

We told her and her mother how  honored we were that they would meet with us while we were in Seoul .  We were blessed to meet both of them.  We told them how much we loved her son, even before he was born.  We also told them that we were so thankful to become parents and that we would provide a good life for him.  We told her that we thought she was wise beyond her years to enter a home for unwed mothers, place her little boy for adoption and to request an open adoption.  Her mother interrupted us and wanted us to know that placing him wasn't a decision.  If there was any way they could have raised him, they would have. They were very sad that he wouldn't be in their lives.  As you can imagine there were many tears shed during our visit.  It was a very powerful moment in our lives.  Looking back now, we had no idea the magnitude of love and thankfulness we would feel toward our son's birth mother as we grew to love our child more than we ever thought it was possible to love anyone on this earth.

Before the meeting was over our son's birth mother asked if she could take a picture of us.  We were thrilled because we wanted photos of her, but had felt uncomfortable requesting them.  What a blessing it will be to show these photos to our son when we tell him about his birth family.

We are still learning what it means to have an open international adoption. If you were to ask us today if we were interested in open international adoption, we would answer with a resounding YES!  We know that we are fortunate to have this opportunity for our son.  As we start to wait for another child referral from Korea , it saddens us to think that we may not have any contact with our daughter's birth family.

I hope that by writing this article, I have opened some hearts to the possibility of open international adoption.