5 Reasons to Adopt From Bulgaria 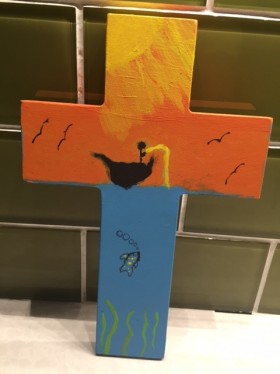 I have an awesome soon to be 15 year old son.  I adopted my son from Colombia when he was 12 years old.  I have a big family with 5 siblings and lots of nieces and nephews.  I always knew that someday I would have a kid, I just did not know exactly how it was going to happen.

I first visited a children’s home in Mexico about 15 years ago.  I was on vacation and decided that there had to be something worthwhile I could do during the trip.  So I searched and located a couple of children’s homes, picked up some things that I thought would be needed and I stopped by for a visit.  That first visit turned into 1 or more visits each year for the last 14 years.  I always supply their kitchens with needed provisions during the visits, bring along some school supplies, clothes, and shoes, and always popsicles!

During each visit I leave with a heavy heart.  I know that any of those kids would do great if they just had a family.  Lots of beautiful smiling kids.  I have been told many times that it is impossible to adopt from those facilities.

On a summer day in 2013 I was speaking with friends about their daughter adopted through foster care. The Mom looked at me and said  “there is a child that is supposed to be with you, and at the right time it is going to happen”. I thought it was a really nice thing for her to say but then I just thought about all those kids in the Mexican children’s home, many that I have seen year after year.

When I got home I checked my email.  I had received a message from an agency that just shared a tiny bit of information on one boy.  In just a few words it described a kid that had waited for adoption for a very long time.  It said he was 10 years old, his younger siblings had been adopted by a family and his response was “he just wanted to know that they were safe and that they had a family that would love them”.

I reached out to the agency,  and soon learned that he was actually 12 not 10 and that he was in Colombia.  At the time I was told that it was legal for a single male to adopt from Colombia but not real common.  I’m a business guy and I’m very optimistic so I knew I could get this done and that it would all work out just fine.

I arrived in Bogota the following June.  The months leading up to that moment were at times stressful.    Standing at the airport waiting for my driver was also a little stressful.  For just one moment I paused and asked myself if I had really lost my mind.  But then I took a deep breath and I realized that there was no place in the world where I was supposed to be other than Bogota. I was there to bring my son home.

I found the people in Colombia to be extremely kind and helpful during my stay.  Colombia is a very beautiful place, the food is delicious and the people are very welcoming.  My son was with me just a couple days after my arrival.  I was warned that you never know exactly how the introduction is going to go.  I knew my heart was 100% signed on.  When my son was brought into the room he jumped into my arms with tears running down his face.  He had waited a long time for his Dad to get there.

It has not always been easy.   I promised myself that I would not forget everything my son had lost in his short life.  When in doubt I told myself to do what I would want someone to do for me if I was the 12 year old kid.

My son is an awesome young man now starting his freshman year in high school.  He is kind, smart, funny and very brave!  He loves his family and they all love him more than I can put in words!  We take family vacations, celebrate holidays, birthdays and anything else we can think of.  My siblings and parents visit me a lot more now that I have my son, they are crazy about this kid!

My son started RCIA (Catholic class)  just a few months after his adoption.  Everyone in the class painted a cross to tell a little about their life story.  My son painted a boat on the ocean.  He told his story about being a little fish in the ocean and being alone.  He said he was afraid that a big fish was going to come along and eat him up.  He told everyone how his Dad had come along in his boat hungry to have him as his son and he had scooped him out of the big ocean into the safety of his boat.

The best decision I have made in my life was to adopt.  I have experienced joy that I can’t put into words.  When my son told his story at RCIA he also did a great job of telling my story.  I was hungry to have him as my kid!  My “boat” had plenty of room and it was safe and there was a perfect spot for a kid from Colombia!

There is more room in the boat, however.  I recently heard a story about a 12 year old boy from Colombia.  A boy with a big smile and a big heart who is waiting for his own forever family!

And so, Grandma has started making a blanket...just like she always does...when she is going to have a new grandchild.

Colombia has a long tradition of international adoption.  Children from Colombia are extremely well prepared for the adoption process. Sibling groups and older children have a complete understanding of the transition into an adopted family. Many children, especially sibling groups and older children, wait in Colombia for their families to step forward.