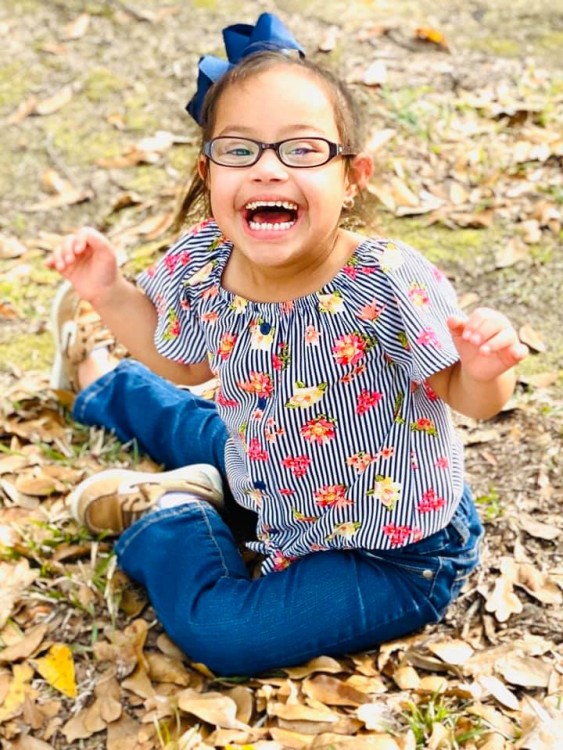 I was 28 years old when I decided to adopt as a single mom.

Marriage hadn’t happened yet and my dreams of being a mom felt like they were slipping away as I became older by the minute. Growing up, I had always considered adopting, but I thought of adopting when I was married. One day, it just hit me. Why can’t I adopt NOW? What’s stopping me?

From that moment, it was like everything just started lining up.

Ever since I was a child, I was drawn to people with Down Syndrome. My mom said that when I was a baby, I would not let her hold me. When she would hold me, I would cry, but when someone with Down Syndrome would walk by us in the store, I would reach my arms out and ask them to hold me. When I decided to adopt, I considered my options. I wasn’t sure that I would be chosen by a birth family for their newborn since I was single. I began looking into the adoption of waiting children and fell in love with all of the children with Down Syndrome and knew that was the path that I was going to take. I chose an agency and moved forward with beginning the process.

Someone who advocates for the adoption of waiting children sent me Adriana’s information. I instantly fell in love, but I was afraid because she had several heart conditions that needed to be treated. After consulting doctors, etc to get information, I decided to go through with her adoption even though I was scared.

The adoption process was not easy, but as I took one step at a time, I realized that it was possible and I was not going to give up. I had many bumps in the road that slowed me down. At one point, I thought the adoption was not even going to work out at all. BUT...God is so good! (If I could give more details to this story without being too long-winded, I would!)

Adriana has been home for 3.5 years now. While her health was scary at times, it is nothing compared to the joy she has brought to my life.

I am so thankful that I chose to move forward and pursue her despite my fears. She had open-heart surgery the first year she was home. She has been to the ER many times, some of which led to being admitted into the hospital. We are currently exploring a possible autoimmune diagnosis, but have no answers yet (and answers are what I am desperate for).

Knowing all of that, I wouldn’t trade it for the world. Has it been hard? Yes. Have I lost a “few” nights of sleep? Sure. But look what else I have! I have a little girl who brings joy to everyone she meets! She is a light in a world that is often dark. When there are only frowns, she brings smiles.

I have to be honest and say that she can also be stubborn and a handful as any child, but overall, she has been so much easier than I could have ever imagined. She is the most observant person I have ever known. She is also the most determined person I know.

Adriana learned sign language to communicate with us while I was still in country with her and continued to expand her vocabulary verbally and through sign. She was potty trained right around a year home. She knew her letters and numbers at 5 and is starting to read at 6 years old. Adriana is becoming verbal. She tries to talk, but most people don’t know what she is telling them until she uses gestures to show them. It doesn’t matter what she wants to communicate, she usually finds a way to get the message across.

Adriana goes to all of the therapies available to her at school and she also goes to speech outside of school. I keep her involved in sports as well. She enjoys every moment of it all! Her favorite thing to do is laugh so she will do anything to laugh!

Adriana has been a complete blessing in my life. She has taught me what love is and opened my eyes to a whole new way of seeing the world! Life is DEFINITELY better with her!

Are you considering adopting a child with Down Syndrome? View our waiting children now!