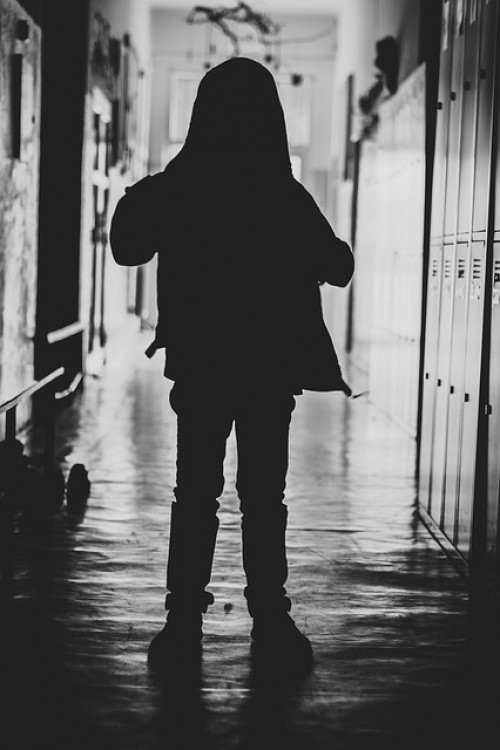 Because of the sensitive nature of disrupted adoptions, the names of the families and children have been changed to protect their privacy

When families embark on the adoption journey, they usually do so with hopes of bringing a child into their hearts and homes providing the love and care previously lacking in that child’s life. Though each family is compelled for different reasons, all have a common goal — to love a child who has no home.

From around the world orphaned children are brought into American homes with the idea that love can conquer all. Unfortunately, there are times these children bring with them the haunting realities of a childhood without love and affection to unleash their hurt, anguish and out-of-control behaviors on the people who are there to help and love them.

New adoptive parents are faced with the insurmountable task of parenting a child so damaged by institutional care that in some cases they are incapable of loving or caring about another human being. These parents seek help and guidance in parenting these children only to find there is little help for them, or if the help is available it is extremely costly. With no where to turn and uncontrollable, damaged children living in their homes, these parents are often faced with the most difficult decision of their lives — to disrupt or dissolve the adoption they so desperately wanted. A disruption occurs before an adoption is finalized and a dissolution happens after an adoption has been finalized.

John and Julie Smith, whose names have been changed to protect their privacy, live with the pain and hurt of dissolving one of their daughters’ adoptions. Today, the family struggles with what was the most difficult decision they have ever made, far from the ideal they had when setting out to parent two orphans.

Raising two biological children, the Smiths had always talked about adding to their family through adoption. They first added to their family through domestic adoptions before being approached to host two sisters. With no obligation to adopt the girls, the Smiths brought the 6- and 7-year-old girls into their home for the summer. The family enjoyed the two girls immensely and when the girls had to return to their home country, the Smiths decided to move forward with adoption. It wasn’t until after the adoption process had been completed in country and the girls were brought home that the problems began. The oldest girl, Susan, who had been a model child during the summer, began to exhibit some bizarre behaviors. Within a month, she started lighting fires and cutting up her clothing. Shocked and concerned by her behavior, the Smiths began to seek help for their obviously troubled daughter. “Her home behavior became progressively worse,” Julie said.

While Susan’s younger sister, Sally, quickly meshed into her new family creating strong attachments to her mother, Susan still struggled. Attending therapy and diagnosed with Reactive Attachment Disorder, Susan’s behavior continued to spiral out of control. “We did everything — it started getting scary because she had moments of rage where she would hurt others,” Julie said. “She fantasized about killing us and had a plan in place.”

Even though Susan’s behaviors continued to worsen, the Smiths stayed strong to their commitment to her for more than three years. They exhausted every resource attempting to help their daughter heal, only to come up frustrated and short again and again. “Our home situation with six children — it was overwhelming to me as a parent trying to help her through this while parenting the other children,” Julie said.

Besides being exhausted physically, the expense of therapists and residential treatment centers was beginning to take a toll on the family. The Smiths’ dreams of family vacations and college educations began to slip away as they sunk more and more money into Susan’s extensive therapeutic needs.

“We came to an extremely painful decision that she may thrive somewhere else,” Julie said. “I love her, but I couldn’t parent her adequately for what she needed. I never dreamed we’d be in this situation.” The Smiths sent Susan to the Ranch for Kids in northern Montana. This unique, therapeutic ranch prepared Susan to transition to a new family that the Smiths found for her with the help of an Ohio adoption agency. After a short stay at the Ranch for Kids and an intense transition process, Susan went to live with her new family several years ago.

Even though Susan is in a new home, she leaves behind in her old home a family she lived with for three years and a biological sister who came to this country with her. The separation is difficult for Sally because she misses her sister, but she understands the stress and tension caused by her sister’s presence. Some contact remains between the girls through letters and pictures, but it is unknown if Sally’s letters have been given to Susan yet. The new family retains control over the letters and will pass them along when they feel Susan is ready.

Julie hurts for the two girls, for the daughter she loves and nurtures and the one she had to let go. She wishes the best for Susan and hopes one day the girls will be reunited to share some kind of connection. “I’d like to know how she’s doing,” Julie said. “I’d like them (Susan and Sally) to at least share a friendship with in adulthood.” But right now, Julie is healing her heart and mending the wounds of her family who for three years lived in the shadows of a girl traumatized by her early years in an institution. She lives with guilt ever day, but there is no regret. The Smiths believe they made the best decision for the overall health of their family.

Home of the Free Because of the Brave