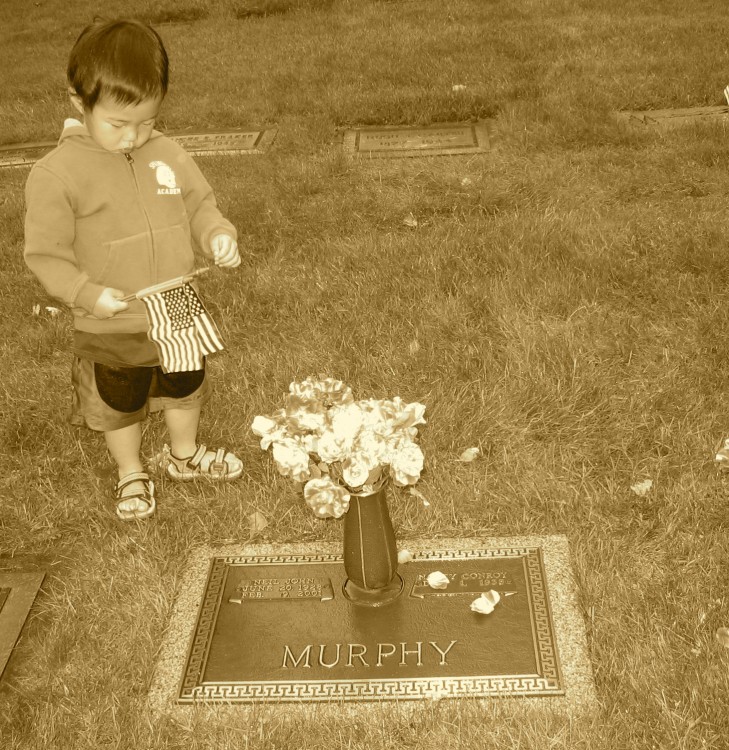 To define patriotism is to describe a person’s love of their country and their willingness to sacrifice for it.   Koreans and Americans are quite similar in their allegiance to their motherland.  Korea has a long history of turmoil and oppression and amazingly during each period of unrest they have risen above adversity and become stronger.   Koreans and Americans really do have a lot in common but one of the most profound commonalities is their patriotism.

As in America, Korea is rich in celebrations of significant days in history that made Korea the extraordinary country it is today.  This summer, while we celebrate our independence, Koreans will set aside a day for citizens to remember those who died for their country, their Memorial Day which falls on June 6.   They will celebrate Constitution Day on July 17, the anniversary of the 1948 proclamation of the Constitution of the Republic of Korea.  Finally, Liberation Day will be celebrated on August 15, recognizing the official surrender of Japan to Allied forces in 1945 ending the 35 year colonization of Korea by Japan.

Like Americans, Koreans will celebrate their patriotism this summer.

I look at my adopted son and I am reminded of my dad.  Not in the obvious physical sense but in the strong connection the two have to Korea.   In 1949 my dad was drafted into the army and soon, after the Korean War broke out, on a ship setting sail for Incheon, Korea.    He served two tours of duty as a forward air controller during the Korean War.  In the two years he was in Korea he experienced severe frostbite during the battle of the Chosin Reservoir, was the sole survivor of his unit in a fierce battle that left him battered and alone for days behind enemy lines, and cautiously walked across a shattered bridge spanning the Han river to witness the complete and absolute destruction of Seoul.

On June 10, 2002, forty-nine years to the day my dad walked away from Korea for the last time I boarded a plane for Incheon, Korea to bring home his grandson.  I expected the trip to be emotional, I was bringing home our baby, but I never expected the wave of emotions that consumed me as I stood on the same soil my father stood 49 years earlier fighting for the independence of the citizens of Korea.

There is a Korean War memorial wall at the War Memorial Museum in Seoul.  Guests are invited to sign the wall.  In the bottom right corner I inscribed my dad’s name and the years his boots were on the ground in Korea.  It is the only physical proof within the borders of Korea of my dad’s service; however, my son is living proof that my dad and thousands of other Korean War Vets did not fight and die in vain.

My dad’s story is just one of thousands of stories of the Korean War.  As each page of the calendar turns the heroes who tell these bold stories are passing and their stories are silenced.   An inscription on the Korean War Veteran’s Memorial in Washington D.C. summarizes exactly why these veterans are called heroes:

“Our Nation Honors Her Sons and Daughters

Who Answered The Call

To Defend A Country

And A People They Never Met.”

Have you ever thought for a moment about the long road it took for your adopted child to be placed in you arms?  I am not talking about the piles of papers and running around in the adoption process.  I am talking about the long history of adoption in Korea starting with Harry Holt’s incredible journey to adopt 8 orphans of the Korean War in 1954.   The son I embrace today is the result of a conflict that happened years ago.  The freedom my dad and thousands of other veterans from around the world fought and died for decades ago is the same freedom that has allowed our families to be formed through adoption today.  It is very important for adoptive parents to understand the history of adoption in Korea and that our adopted children are the living legacies of the Korean War Veterans.

When we adopt we are quick to thank the agency, the social workers, the mailman, even the lady behind the FedEx counter, but in your lifetime have you ever looked a Korean War Veteran in the eye and said “Thank You.”  Maybe now is the time, before it is too late.   Today, on this July 4th,  if you cross paths with a veteran of the Korean War shake his hand and say thank you. Let him know that he did not fight in vain.  Introduce your son or daughter to him. Without his patriotism you would not have the child you love so dear today.  Koreans and Americans fought side-by-side many years ago in a war that by some is defined as the “The Forgotten War”.  As parents it is our duty not to forget the sacrifices made during this conflict.  Our children are descendants of a proud and honorable nation and by fate have been adopted into an equally proud and honorable nation.

My dad never had the chance to hold his grandson.  Five days after I told him we were adopting from Korea he died of lung cancer.  Ironically, one year later to the day I last spoke to my dad, a baby boy was born in a hospital in Seoul, South Korea.

Today, that baby boy is a young man who knows without any doubt that his Papa was a hero and the true definition of a patriot.

4 Reasons to Host an Orphan