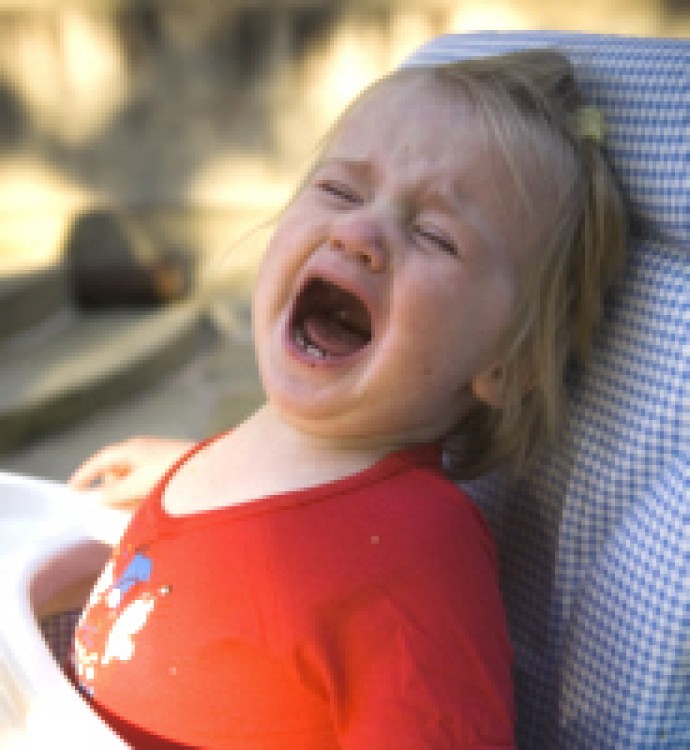 More and more adopted children are arriving home between the ages of one and three, and many of these toddlers have been wrenched from a familiar setting, are grieving the loss of a known caregiver, have experienced neglect or other forms of abuse, and/or have experienced multiple disruptions in their short lives. Toddlers who have resided in orphanages have typically experienced both environmental impoverishment and extremely inadequate care. Yet many professionals and adoptive parents continue to believe that with just a little extra love, toddlers will quickly attach to their parents.

While most adopted toddlers do eventually become strongly attached to their parents, most toddler adoptions present significant challenges. Among the many challenges inherent in toddler adoption which I discuss in my book Toddler Adoption: The Weaver's Craft, selective rejection of one parent is among the most difficult challenges for professionals and parents to contend with and understand. In this article, I address how and why toddlers often reject a parent, and strategies for dealing with rejection.

Toddlers whose needs have not been met learn to mistrust. Most toddlers who have experienced rejection respond by becoming rejecting. While some of these toddlers react similarly negatively to all adults, many selectively reject their parents. Similarly, while some toddlers who are adopted into a two-parent family resist both adoptive parents' attempts to get close to them, many react much differently to one parent than to the other.

Of the toddlers whom I'm familiar with who selectively rejected one parent, the strong majority overtly rejected Mom. There was no obvious correlation with the gender of the child or the child's situation prior to adoption, but the vast majority of the children had been cared for and separated from women prior to their placement.

Rejecting toddler behaviors range from passive indifference, to being extremely touch-resistant, to being physically and verbally aggressive. Shawn, adopted at age two, spurned all physical contact with Mom, physically pushed her away if she got close to Dad, and avoided eye contact with her. Sasha physically attacked her mother and screamed at the sight of her. In some cases, physically aggressive behavior is displayed only if the rejected parent is alone with the toddler, making it difficult for the other parent to fully appreciate the intensity of the rejection. Roberto became openly hostile toward his mother whenever Dad was gone, as though Mom were being blamed for Dad's absence.

There are a number of possible reasons that toddlers selectively reject their mothers. It is important to remember that toddlers are at particular risk for having attachment problems because of their developmental stage. Two important developmental tasks of toddlers include achieving a sense of trust in others, and then beginning the long journey toward autonomy. Healthy dependence is a prerequisite to both of these tasks. Therefore, toddlers who have not enjoyed a secure attachment in infancy are particularly likely to display extreme separation problems, not develop a healthy sense of self and not display normal indications of emerging independence. Instead they often withdraw and/or display extreme oppositional behavior.

Toddlers who have enjoyed a healthy attachment with a former caregiver, but are not appropriately prepared and transitioned to their new family may aggressively reject Mom as a way to protect their former relationship.

Some adoptive moms speculate that their newly adopted toddlers reject them because their children associate them with other women who have caused them pain. Perhaps Mom's voice, touch, or even smell evokes the rage and panic the children experienced when they were hurt by or abandoned by a former caregiver, or perhaps those toddlers do not dare to get close to another woman for fear of being abandoned again. Some toddlers seem to be venting the anger and confusion that naturally results from disruptions in care on the closest available women: their new moms.

Toddlers may initially react indifferently or even display superficial affection for their parents, but then became increasingly hostile as the relationship intensifies. This is a typical pattern reported by mothers of toddlers who were institutionalized. A number of women have told me that their toddlers displayed increasingly ambivalent and rejecting behavior as they started to show signs that they were bonding to their new parents. Toddlers who have been hurt in the past work hard to defend themselves against the potential pain of being hurt or rejected again. One mother speculated that perhaps what her son really hated was that he was starting to care about her.

The parent who is not the primary caregiver may not be the target of hostile or ambivalent behavior because that parent may not yet have intruded on the self-defense mechanisms toddlers with attachment problems use to keep others at bay.

What can be done about adopted toddlers who reject their parents? First and foremost, the child's and the mother's needs must be addressed. Even if the rejecting behavior is not evident to other people in other situations, the reality of what Mom is experiencing needs to be validated. Under the best of circumstances it is challenging to react empathetically to a child's rejection. It is almost impossible if your significant others do not support or even believe you.

The rejected parent will want to focus on earning her child's trust. Some strategies to earn trust include maintaining consistency in parenting techniques and in routines and meeting a child's needs upon demand. Intrusive attachment strategies may be called for, such as imposing the care-giving role upon the resistant child. Because providing food plays such a critical role in the normal attachment process, I strongly recommend returning toddlers to the stage of being fed by their caregivers, at least for some of their meals. Bottle feeding accompanied by rocking incorporates the important elements of food, touch, smiles, eye contact, and labyrinth stimulation. Children who display sensory integration difficulty may require gradual intervention

Neither punishment or ignoring are effective ways to react to a child's rejecting behaviors. Time-out or other forms of isolation only confirm the child's sense of rejection. Punishment teaches that aggression is appropriate and traps both children and parents in an escalating power struggle. Empathy and restraint however, are appropriate. While a toddler, especially one who does not yet speak the same language as the parent, can not literally comprehend parental expressions of empathy, he can discern the difference between speech that is calm, accepting, and supportive and a voice that is reproachful and angry. Young children should never be left alone with their rage. A "time-in" with the rejecting parent using a soothing voice and offering comforting objects (such as a special blanket or toy) or snacks consistently when a child is in distress, can aid in attachment.

Rejection is very difficult to deal with, especially when you are singled out as the recipient of your child's rage. However, there is every reason to hope and believe that a strong attachment is possible. In the years since my son came home, I have gone from being persona-non-grata, to being the object of his rage, to being his very loved mama.

Mary Hopkins-Best is Professor of Education and Dean of the College of Education, Health and Human Sciences, University of Wisconsin-Stout, and the mother of a child adopted as a toddler. She holds degrees in special and regular education, rehabilitation, and a doctorate in education. She is a member of the Adoptive Families of America, Parents of Peruvian Adoptees, and Peruvian Adoptive Families.

This is My Story: Living with Hydrocephalus