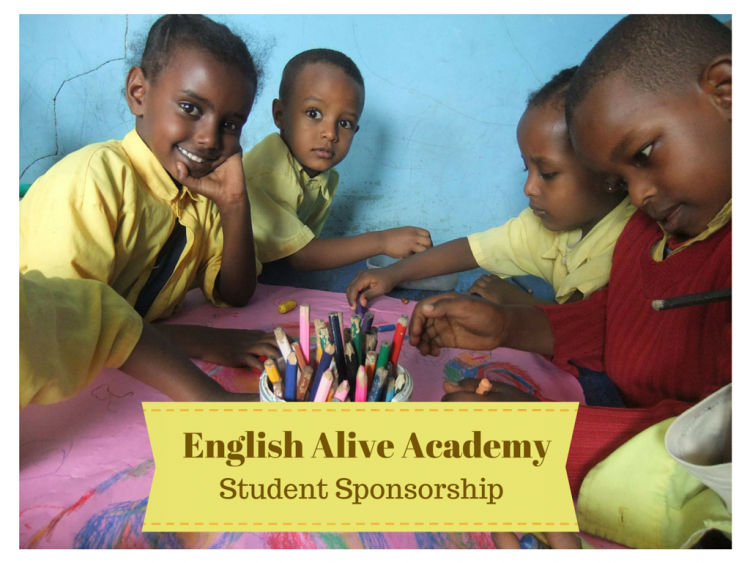 Dawit Hailu was born in Addis Ababa, Ethiopia. He doesn’t know how old he his or even the year the year he was born. Things like marking the date of ones birth just don’t seem relevant in a country where surviving your first year of life is an accomplishment.

“Going from his personality we have fixed his month as September and then we imagine that he is about 30,” his wife Stephanie acknowledges.

When Dawit was young his family had no money. He was educated at the local government school in Addis Ababa. He eventually trained in mechanics but never had the opportunity to work in this field. Instead he got a job as a driver with the Israeli Embassy in Addis Ababa.

It was during this time that Dawit met Stephanie, a British citizen working in Addis Ababa. Stephanie was a teacher at a posh international school and Dawit was the driver for a little girl who came to Stephanie’s class. They met and fell in love during the moments Dawit would escort his charge to and from Stephanie’s class. They shared an immediate, common bond….the love of children.

They began their life together. Dawit continued to work for the Israeli Embassy and Stephanie taught at the international school. To Stephanie, however, the frustration with only helping the rich kids began taking its toll.

“I could see clearly how the poor kids didn’t have a chance. It seemed cruel that money was dictating their opportunity of a decent education,” she said. They would talk for hours of the social injustice of the education system among the people of Ethiopia.

Thus began the genesis of English Alive Academy. They rented space in a school after hours for a minimal fee. The poor children in Addis who had no chance for a decent education were getting the opportunity to be educated and begin their foundation for a bright future. Dawit left his job at the embassy to take on the job as principal/administrator while Stephanie continued teaching at the international school to finance the school to carry on.

“This situation continued until I got pregnant and we realized that this really wasn’t the right direction.” Stephanie admits. With sorrow they boarded up the school in Addis Ababa and moved two hours south of the capital city, to Nazaret.

“We moved to Nazaret since in those days, it was a small town and there were no good schools there so we felt we could really make a difference and set up a school. To supplement our income I worked part time at the University in Nazaret, training teachers,” Stephanie recalls.

The struggles continued however.

“We realized that things had to change one day …we didn’t have enough money for milk for the children and that perhaps we had to change things, so I got a teaching job at a school in Addis and Dawit and I moved back there with our family.”

A visit to the two campuses in Nazaret is truly an uplifting experience. The children who attend are the poorest of the poor children of this region yet they want to be there, they want to learn. Most of the children attend the school through sponsorships. Some are AIDS orphans and are, themselves HIV+. The children literally have nothing more than their schoolbooks, the clothes on their backs, and their pride in being educated. The children are dressed in bright red and yellow uniforms. The small boys have close shaved haircuts and the girls wear tight cornrows with bright, dramatic beads and clips. They are very well put together. Dawit explains, “We emphasis pride in self. To have self pride is our number one rule.”

Dawit shared a story about one student who attended English Alive named Hana. Hana’s parents both died of AIDS and she had been living by herself since their death. She was 8 years and HIV-positive. The neighbors told Mr. Dawit about Hana and he took her into his school. After school she was taken care of by neighbors yet still lived in the same house her parents died in. Through English Alive’s student sponsorship program Hana was able to stay in school, walk among her peers in a brand new school uniform, and receive the education she deserved.

Dawit and Stephanie have been honored for the fruits of their labor. The council in Nazaret presented them with a Certificate of Merit for their services to the general public in the city of Nazaret. Proudly Dawit offers that word has spread about the success of the English Alive Academy. The more fortunate families of Nazaret want their children educated at English Alive as well. It has the reputation as a strong center for learning. Dawit stands firm, however. English Alive is for those children who have nothing.

Unfortunately a paper Certificate of Merit will not pay the bills. Dawit and Stephanie continue to put the love of the children of Ethiopia first and are constantly soliciting donations, volunteering, book donations, sponsorships, and just about anything else to keep the gates of English Alive open. During one trip to England Dawit walked by a pile of garbage outside a house and within the trash was an incomplete set of primary reading books. He collected the volumes from the street, cleaned them, carried them all the way back to Ethiopia and now they rest on the primitive bookshelf of the primary school library. In truth, any donation of money or books, big or small is a treasure to Dawit, Stephanie and the children of English Alive. Currently English Alive operates two schools in Nazaret, providing educations to over 200 pupils between the ages of 2-14. Anyone can come and learn at English Alive Acadamy for a set fee, however students are subsidized through the charity on a sliding scale depending on their family situation.

“We are well on the way to being financially stable but of course there are twists and turns along the way,” Stephanie said. “This year we have had the added expense of setting up an Oromifa (local language) nursery class at the new Far School. Nazaret is in an Oromo region (as opposed to an Amhara region as Addis is or Tigrinya as Tigray is etc.) and as such there are some people in the more remote areas who only speak Oromifa and very limited Amharic,” she added.

When asked if she had three wishes for English Alive Academy Stephanie replied, “My first wish? To purchase our own land. This is a huge worry for us as there is now a new highway which links Addis and Nazret reducing the travel time by about an hour. At the moment it is expensive to travel on it so it is practically deserted, but we anticipate that there will be a time when the price is reduced and people start to use it, thus raising the price of land in Nazaret as people start to commute. We have some funds for our own land and have guaranteed match funding with an organization in December.”

English Alive is a registered UK charity (Registration No.1140681), which supports the work of English Alive to provide high quality education to the needy.

To read more about English Alive, to sponsor a student, or to look into volunteering at one of their schools visit English Alive's website or become friends on Facebook at Ethiopian Schools for the Poor-English Alive Academy.  You can also follow the day to day happenings at English Alive by reading their blog englishaliveacademy.blogspot.com What Are Little Boys Made Of?