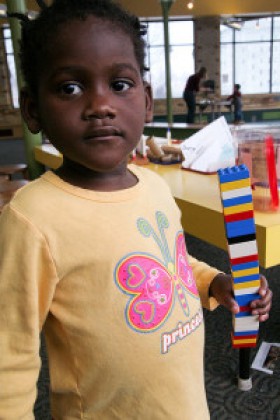 When prospective adoptive parents talk about how they hope that others will describe their children, “honesty, respect, and trustworthiness” are usually pretty high on the characteristics list. Since these characteristics are so highly valued, behaviors such as lying and stealing can be very difficult and discouraging for parents to handle because parents may feel like their child is testing or betraying them. However, for children who join their families through adoption, lying and stealing are survival strategies that have resulted from a difficult past and/or group living environment.

When resources are limited and competition is high for things like clothes, toys, and food, it makes sense that children would take what they need or want. In an orphanage children do not have personal possessions and therefore they don’t see taking something as “stealing.” Children who come from hard places have learned to be resourceful, cunning, tricky and deceptive in order to survive. A child’s past cannot be erased, it is part of who he is, but he can learn from it if he is given the tools he needs to succeed. Adoptive parents can help their children replace the survival skills that they have relied on in the past with new, healthy skills for living.

These survival strategies are learned from experience and may be motivated by fear. Children who lie may be afraid of what will happen if they tell the truth. They may be afraid of getting hurt or rejected. Children who have experienced a lifetime of hurt and rejection need to feel safe in their environment and learn that they can trust. By providing children with a consistent loving environment in which they feel safe they should, in time, learn to trust that their parents will meet all of their needs. Simply telling a child that lying and stealing is not ok will not correct their behavior. It will take time for them to learn replacement behaviors. Allowing a child to re-do or practice an appropriate behavior will help him replace the old behavior with new ones. Empower your children by giving them a voice and have them practice asking for something before they take it. The answer to a child “stealing” food from the pantry is not to put a lock on the cabinet or refrigerator. Recognize that he is afraid that there will not be enough food and make food more readily available. Having a bowl of fruit out on the table may give him the reassurance that he needs that food is available whenever he needs it.

Lying is a survival instinct and a defense mechanism that children learn as a way to protect themselves from getting hurt. Children who feel out of control often lie in an attempt to feel more in control.  When asked, “How are you doing?” many of us respond by saying “fine” even when everything might not actually be “fine,” because it is a way of keeping your distance. You may share more to a best friend because you trust them and know that no matter what you say they will still love you. Lying can be a way for a child to protect himself and not let others see his real self. Lying can also be a way for a child to test your reactions to certain scenarios. For example, if a child tells his mother a story about his past and his mother acts afraid, worried or distances herself, the child may feel like his mother is not accepting of that sort of behavior. He may decide that he should not share the true part of who he is.

If a child is lying or stealing there is most likely something that he or she needs that is underlying the behavior. A child may also steal or lie to get attention. I was talking to a boy the other day and he went on an on telling me some of the most elaborate stories; but when I looked to his parents they were shaking their heads explaining that he was making up stories. Children can have wild imaginations and create some extravagant stories. It is great for children to explore their imagination, but it also makes it difficult for parents to decipher between real and pretend. Instead of seeing these behaviors as defiant or manipulative, see them as a request to feel safe and loved. Children want to feel like they’re being heard.

Lying and stealing can also be a result of poor self-image. Children can act out their poor image of themselves by stealing, lying, being disrespectful and disruptive to show that they are as bad as they feel. Parents can help their child improve their self-image by offering words of encouragement, giving a lot of praise, celebrating the positive and by not dwelling on the negative. If your child hears positive affirmation that they are a beautiful, fun, and loveable child then they will start to see themselves in the same light. It will take time to tear down the walls that they have built up due to years of rejection and loss. Reassure your child often that there is not anything that they can do that will make you not love them.

Parents often have to be detectives and figure out what is underlying the behaviors in order to help their child change their ways. Lying and stealing may be a temporary behavior that parents see when their child first joins their family and goes away over time. It may also be a behavior that continues after being home for several years. If these behaviors continue, parents should consider working with a counselor who has experience working with children who were adopted. Adoptive parents are also welcome to contact us to get connected with additional resources and support.