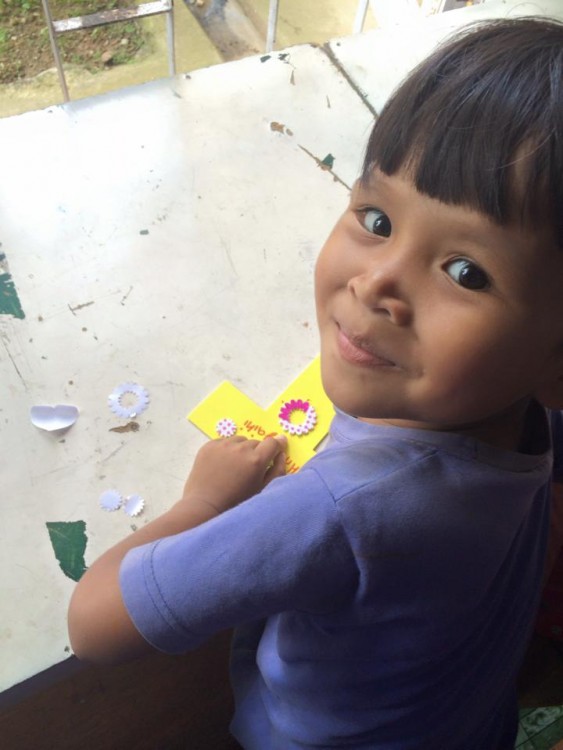 The young, drug-addicted mother tested HIV-positive—and so did the baby girl to whom she had given birth. Stigmatized for having HIV, the mother abandoned her daughter at a rehabilitation center in Aizawl, India, fleeing further social mistreatment.

It was then that Lucy Maruati, who worked at the center, made a decision that changed the course of the baby’s life … and her own.

Lucy adopted the one-month-old baby girl. When her daughter was 9-months-old, Lucy felt God compelling her to care for other children in similar situations. Her orphanage, Gan Sabra, is the only home for HIV-infected, HIV-affected, and terminally ill children
in Aizawl, the capital city of the eastern state of Mizoram.

“The name came from the Hebrew words, gan (garden) and sabra, which is a species of cactus that grows in the Palestinian desert. As sabra not only survives in the desert but also provides water for travelers, so also the children living with HIV/AIDS not only can survive in this cruel world, but can also provide love and security to each other. In this home, HIV/AIDS and terminally ill children face the world together,” Lucy said. “Here children live their life with dignity and respect, free of any form of discrimination.” “Lucy has a tremendous heart for kids,” Uma Shankardas, director of India programs for Orphan Outreach, said. “When we visited a 30-bed, state-run hospice for HIV patients, the senior doctor said that he is so grateful that Lucy began Gan Sabra because he cannot accommodate such children, and Lucy is always willing to take them into her home.”

Not only is Lucy taking children into her Gan Sabra home, she is also reuniting them with relatives. Recently two boys were orphaned when their mother died of AIDS. Lucy searched and found the boys’ grandparents and counseled them so that they took the boys in … back home with family, where they belong.

“She has even managed to convince a couple of families to legally adopt HIV-positive kids, and that is something the nation has still not been able to consider even as a possibility,” Uma said.

“The attitude toward people living with HIV/AIDS is much more understanding and caring than in 2005 when I adopted my daughter,” Lucy said. “People in general are aware of the issues and are being sensitized. However, there is room for much more improvement, and the issues of stigma and discrimination still need to be addressed.” In addition to running Gan Sabra, Lucy and her staff operate a day care facility for children of poor mothers as well as an afterschool program for 65 children. From one baby to 145 children, Lucy’s compassion offers them a taste of the only oasis of Living Water that truly heals.

You, as part of our RainbowKid family, can help the children of Gan Sabra in a variety of ways:  volunteer at the orphanage,  sponsor one of the 21 children available for sponsorship, contribute financial or in-kind gifts to Gan Sabra through Orphan Outreach, or organize a letter writing campaign offering encouragement to the children.