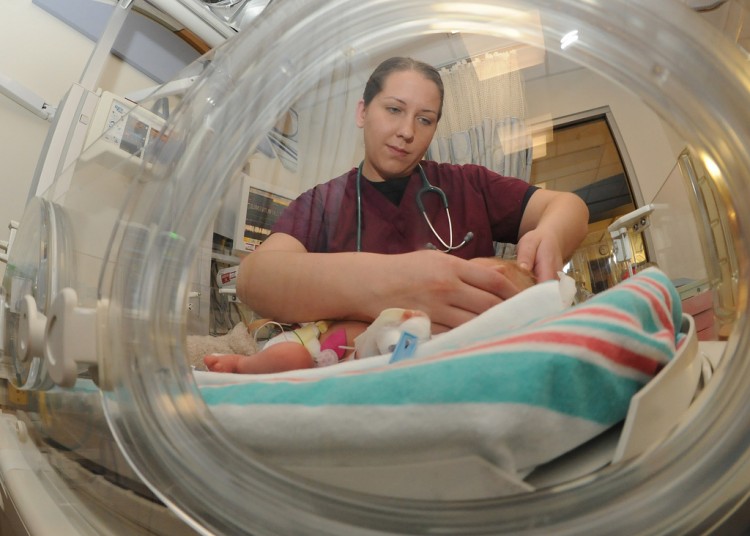 In the United States, 2.3% of pregnancies in the Maternal Lifestyle Study involved heroin or methadone exposure [34]. In international adoption, the most commonly reported prenatal opiate exposure is heroin. Heroin use has made a resurgence in recent years, particularly in Eastern Europe and the former Soviet Union. The United Nations Office for Drug Control and Crime Prevention reported that the number of known heroin addicts rose by 30% in Russia in 1999 and had quadrupled since 1995, with a current prevalence of heroin abuse at 2.1% [11], [35]. In Kazakhstan, the prevalence of heroin abuse is estimated at 1.3% [35]. Opiate use is also prevalent in the countries of Southeast Asia and parts of China, particularly near areas where opium is grown and in more urban areas. Although there are no official reports from China, unofficial estimates say that there could be up to 12 million total heroin users [36]. Pregnant women who enter drug treatment programs for addiction receive another opiate, methadone, as a substitute for heroin or opium. Because drug treatment programs are on the rise in Russia and China, prenatal exposure to methadone may also occur [36], [37].

Despite the detrimental effects of opiates on the user, including the risk of addiction and exposure to the hazards of intravenous drug use (hepatitis B and C and HIV), opiate exposure to the developing fetus is not considered teratogenic. There is no known congenital malformation associated with prenatal opiate exposure. There have been harmful fetal effects described with heroin and methadone use, however, and infants born to addicted women can suffer withdrawal in the newborn period. Any child referred for international adoption with a maternal history of intravenous drug use should be considered at increased risk for HIV and hepatitis B and C.

LBW and symmetric intrauterine grown retardation have been reported in the offspring of heroin abusers [38]. Pregnant heroin addicts also have a statistically significant increased risk of preterm delivery. Methadone use seems to have less effect on fetal growth and has not been shown to increase the risk of premature birth. For children born after a pregnancy complicated by opiate use, prenatal growth may be affected by maternal malnutrition and comorbid infections as well as by opiate exposure.

Neonatal abstinence syndrome (NAS) has been well described in infants born to opiate-dependent mothers. The symptoms of NAS include CNS symptoms (eg, hyperirritability, tremors, convulsions), gastrointestinal distress, respiratory distress, and autonomic disturbances [39]. It has been reported that the infants of methadone-addicted mothers experience more severe symptoms for a longer time, partly because of the longer half-life of this opiate. Treatment of symptomatic infants generally consists of providing children with a tapering schedule of tincture of opium, morphine, or phenobarbital while monitoring clinical symptoms. During the withdrawal period, infants may dramatically influence normal caretaker interactions because they are often resistant to cuddling or soothing and have a decreased ability to respond normally to auditory or visual stimuli. The long-term impact of these early alterations in socialization may be detrimental, particularly in an orphanage setting, where nurturing caretaking may already be less frequent.

The onset of withdrawal symptoms is usually between 48 and 72 hours after birth. It is highly unlikely that a child born overseas is going to be available for adoption at this point; thus, most families adopting internationally do not directly encounter NAS. Clues to NAS may be present in the preadoption record, however, and should alert families and professionals to the possibility of prenatal opiate exposure and other risks associated with injection drug use in birth mothers (HIV and hepatitis B and C).

In some early studies, concerns about prenatal opiate exposure and poor developmental outcome were described. Reported neurodevelopmental problems included a short attention span, hyperactivity, and sleep disturbances in prenatally exposed children assessed at the age of 12 to 34 months [40]. More recent studies also suggest mild memory and perceptual difficulties in older children, but overall test scores are still within the normal range [41]. In general, it is difficult to differentiate the impact of a poor postnatal environment and prenatal heroin exposure on children's long-term outcome. One study suggests that opiate-exposed children have increased susceptibility to adverse environmental influences compared with nonexposed children [42]. Conversely, a study from Canada suggests that drug-exposed infants adopted out at birth were equivalent to Canadian matched controls in terms of educational achievement and IQ. The adopted children did, however, have increased rates of early adult depression [43].