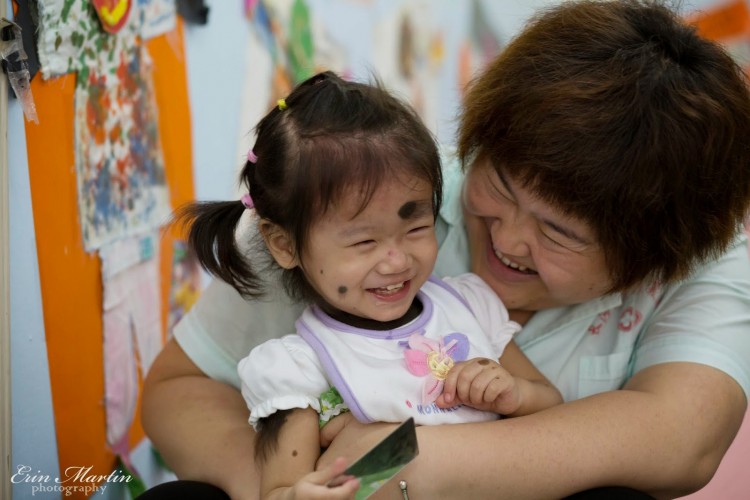 Back in the good old days, (ya know, before we had kids) my husband, Todd, and I had all sorts of grand ideas of how we would parent.

First of all, our kids were not going to be picky eaters. We would introduce them to a wide variety of delicious foods, and they would eat them all. Ok, they would eat some of the foods, but they most definitely would not live off of chicken nuggets and goldfish crackers. Our kids would also behave in public.

Man, we were so naïve.

We have two biological sons: Adam, born in July of 2009, is strong willed but sensitive. He is introverted, but he doesn’t stop talking about things he is passionate about. Jacob, born in August 2012, is a typical younger brother. He believes everything belongs to him.

Adam appears to have sensory processing issues due to ear infections as a toddler. He has an extremely sensitive sense of smell and a strong gag reflex. He also prefers “soft” clothes and flannel sheets. He tells us he doesn’t like to eat and is extremely picky. Some days, I beg him to finish his chicken nuggets and goldfish crackers.

Adam, being the older brother, wants nothing more than to send Jacob back to whatever alien planet from which he had spawned. Jacob, of course, hero-worships his older brother and imitates everything he does. Good or bad. The boys were all I could handle.

In late 2013, Todd and I had a moment. At church, a guest speaker talked about helping just one person. It made so much sense. We could not help everyone, but we could help someone. That night, Todd asked me if I still wanted to adopt. We had talked about adoption many times over the years, but the timing never felt right. It suddenly felt right.

Soon, we began signing papers, gathering documents, and meeting with our social worker for our home study. She talked to us about institutionalized children and the common issues they bring home.

Picky eating- Wha?? We know ALL about picky eating. Sensory issues, willfulness, and over stimulation?? Check, check, check! Who knew that all this time we were raising our biological kids, God was preparing us for adoption.

On August 28, 2014, Superkids posted a Wordless Wednesday blog post to the Waiting Child Advocacy Facebook group, and I saw the most amazing little face.

The only problem was that the little face belonged to a child on Gladney’s waiting child list, and we were not a Gladney family.

I may not have followed through on my grand ideas of parenting, but I knew one thing: I would follow through with that little face no matter what.

Initially, Todd was hesitant to switch agencies and was unsure about sweet Ava’s special need. We had discussed and were open to many special needs from clubbed feet to missing limbs to beta thalassemia major. And here we were, stalled over a healthy little girl with congenital nevus (birthmarks).

Again, I knew I had to follow through. I spoke with Superkids about the beautiful little girl. I asked questions, and not just to someone reading out of a file, but to a person who had MET her. A person who had touched her and played with her. What an amazing gift when so much about international adoption is a leap of faith. Todd thought about it, and I prayed and silently begged with big puppy dog eyes. This is OUR GIRL.

Finally, we submitted our Letter of Intent.

Many long months and a few tears of impatience later, on April 20, 2015, we met the little face I had seen on Facebook. It was surreal. It was like something straight out of a movie. It was terrifying, and we could hear her screams before the elevator even reached our floor in the civil affairs building. Our sweet little angel was absolutely distraught and wanted nothing to do with us.

She hit and screamed and sobbed for what seemed like days. But then that afternoon, she decided she liked Todd. She would beam at Todd like he was Superman and then she would give me the meanest look she could muster.

She was a picky eater. She enjoyed her milk, her boiled eggs, and some rice. She did not like cold, and she scratched her fingers over upholstery and carpets to feel the textures. She was everything we had learned about from our biological children. She was just like them but a whole lot easier. It wasn’t long before she would beam at me and hug me and whisper, “I love you” in my ear.

She loves hugs and kisses and shouting “no, that’s mine!” She dances and sings, “Let It Go” and refuses her congee if I didn’t make it the way she likes it. She plays with her brothers, kisses their boo boos, and hugs them if they are sad. They, in turn, teach her all of their bad habits.

I am not the parent I wanted to be. I am, however, the parent God equipped me to be. My kids… well, they aren’t even close to what I asked for. No, they are far better than I could have ever imagined. They aren’t perfect or always well behaved. Sometimes, they make me cry, but they also make me laugh so hard I can barely catch my breath. They torture each other relentlessly, but they stick up for each other, too. They embrace others who are different and care for others, too.

People tell us that we are good people for adopting and that Ava is a lucky girl. Honestly, we are just parents trying to survive the day so we can sneak a bowl of ice cream before bedtime. Ava may be lucky, but not because we adopted her. Adoption doesn’t make people saints or patient or good parents or fortunate. Adoption makes people into family. 
Founded over 135 years ago, The Gladney Center for Adoption is a Hague accredited, adoption agency with international and domestic adoption programs. With adoption programs in Asia, Gladney is able to help parents adopt children of all ages. In each region that we work, we are excited to offer International Waiting Child Programs to help children who are part of a sibling group, who may be older, or have a medical need, to find a loving family and a permanent home. Gladney is able to work with families residing in all 50 U.S. states and provides individualized casework services to each family throughout the adoption process.

If you are considering adoption from Asia and would like information about our Superkids program, please contact superkids@gladney.org.

Adoption: A Diagnosis of Rickets