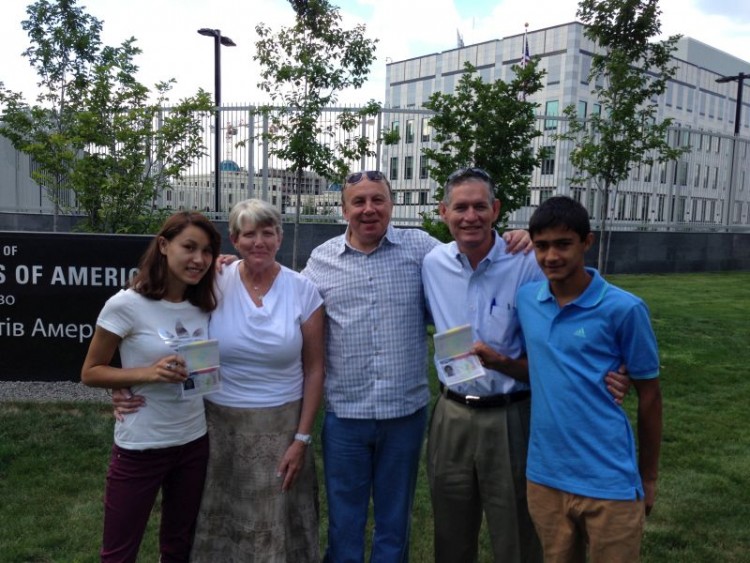 My wife and I became aware of the terribly concerning situation of orphans in Ukraine through our church. Our biological children were young adults, so we decided to host a 14 year old boy from Ukraine during the summer four years ago. He was an amazing boy, and we fell in love with him. We later found out that he had a 16 year old sister that was still in the orphanage only because of him. Normally, children age out of the orphanage at age 16. After his summer trip in our home, we decided to adopt them both and began working with Open Door Adoption Agency. Olga Klatt, who spoke their language, was our angel during this process and helped us communicate by telephone with the children while we were home doing the paperwork.

We will never forget the day that the children agreed to become part of our family. They kept saying, “They want to adopt us? They want to adopt us?” They couldn’t believe it, and were also very concerned about what our other children would think. Our college-aged daughter, surprised them on our second trip to Ukraine, and made another lifetime memory. We took a total of three trips to Ukraine to complete the adoption process and without the help of Open Door Adoption Agency, it never would have happened. They arranged for a fantastic facilitator in Ukraine, that looked after every piece of paper, and every step in the process.

The children are now fluent in English, and are part of our family.  Because they were adopted together, they were able to continue to speak their native language and keep a close relationship.

Our new daughter graduated from high school and is now in culinary school.

Our adopted son will graduate from high school in May and will start aviation mechanic school in July. They are well on their way to a successful, independent life they would never have known otherwise. I’m not even sure they are aware of the fact that most orphans in Ukraine never live past the age of 25.

We are glad that they took the courageous decision to become part of our family! What Being an Adoptee Means to Me

What is a Stranger to an Adopted Child?