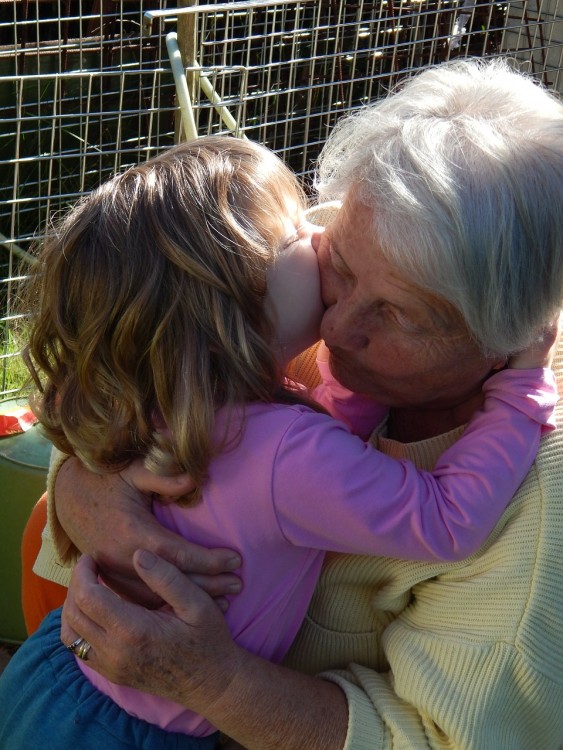 For months my newly adopted daughter, Mei-Mei, had been shouting "Hello" loudly enough to embarrass me as we entered any restaurant, store, or even walking down the street. She insisted on greeting everyone effusively as though she had known him or her a long time and hadn't seen them in years. Likewise, when we were leaving an establishment, or ceased chatting with a neighbor, the good-bye's were loud and unending, as though she expected never to see these people again.

I tried to stop her. "Don't say, 'Hello' to strangers," I told her. She looked at me blankly and ignored every word. For the first several months I was often running after her snatching her back from climbing into some kindly stranger's lap. It was the same when she said, "goodbye".

Eventually I realized how stupid I must sound; to Mei-Mei everyone was a stranger, even her own newly adopting family. So if she said "Hello" to us, kissed us and sat in our laps, why not with everyone else?

Once I realized that everyone was a stranger even Mommy, I tried to explain the concepts of "stranger", "friend", and "family". Although Mei-Mei was still F.O.B. so to speak, she was following English well and had the intellect of any bright three-year-old. "Mommy, Daddy, big sister, the dogs are family," I told her. Mei-Mei would nod wisely. "We have more family : like Nana and Grandma. With family you can say hello and goodbye, kiss them and sit in their laps, if you want to. "

I found it easier to define these categories of people on the basis of acceptable behavior towards them, rather than on how long we'd known them or how close we felt with them. Specific actions were concrete and easy to pantomime; lengths of time and types of relationships or feelings were too vague for a three-year-old with three or four months of English experience.

Strangers were harder still. "A stranger is someone Mommy doesn't know. We don't know a stranger's name, or where she lives. So if we say 'Hello' it's once and maybe you could shake hands if Mommy says it's O.K." But how do I explain the checker at the market, Peggy, with whom I chat so cozily ? Is she a stranger?

I didn't and still don't know the answer to these questions. This is a confusing area to children coming from an orphanage setting. Relationships are a mystery. There is no previous experience with which to match them. Even the relationship of Mommy, Daddy, siblings, grandparents are unfamiliar and therefore confusing.

When I first introduced Mei-Mei to her maternal grandmother I explained that this was "my mommy" and Mei-Mei became terrified. She would have nothing to do with her grandma until I realized her fear must have something to do with what "mommy" meant to her. "Mommy" was defined, I suspected, as " the new person who took you away from where ever you'd been before". Given this understanding, it was no wonder she was terrified: she feared being given to a "new mommy", this old smiling round-eyed, white-skinned lady who looked nothing like the older Chinese women Mei-Mei might have seen. With this realization I reassured her that, "I am your mommy and you will stay with me. This is Grandma. We are saying Hello and then Mei-Mei and mommy will go home together." My daughter relaxed visibly as she absorbed this information. At last I knew the right words to use to calm her ever-present fears of being passed from one adult to another without end.