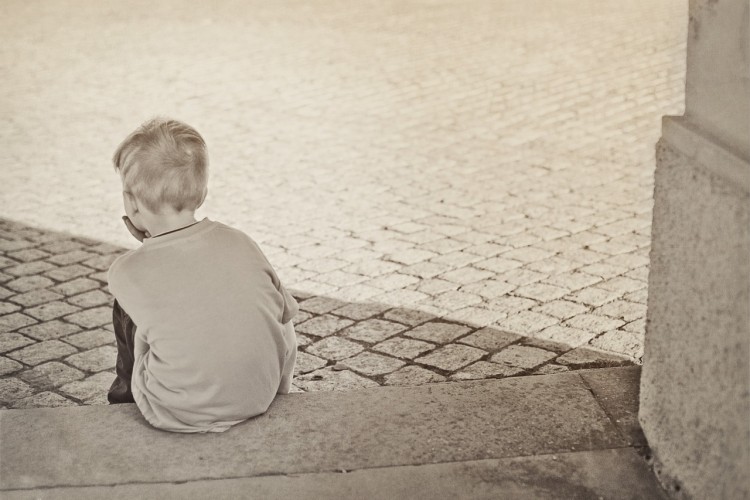 Hector, age 8, had been adopted through the foster care system foster care system after his parents, from Mexico, were shown to be unable to provide for his welfare in the United States. His adoptive parents were strong Christians and took him to church regularly. One Sunday, the family happened to be sitting next to the mother of their pastor. As everyone prepared to sit down after a rousing rendition of Amazing Grace, the pastor’s mother looked down and saw Hector rummaging through her purse and taking items, including money. She screamed, drawing the attention of all of the churchgoers as well as the pastor, who left the altar to check on her. By this time, all eyes were on the family and the service was stopped. Dad frantically scooped up Hector to remove him from the church and on the way out told him, “This is the last straw!!! We can’t have you stealing and embarrassing us. You’re gone!”

Susan, age 7, was home with her adoptive mother and baby sister while mother was still on maternity leave. Mother was working in the kitchen preparing the evening meal when the infant began occasionally crying from her crib. Mother’s elevated voice told baby she would be in there shortly. Baby began crying more loudly for a short time, and then the crying seemed muffled. Mother ran to the baby’s room to find a multitude of stuffed animals placed in the crib, some on top of baby, by Susan. Screaming loudly as she grabbed the baby, she told Susan, “Are you crazy? You could have killed her! She can’t breathe! I can’t trust you to be with my child!! You have to go!!!”

These are true stories. At one point in my life in child welfare, I worked with or heard about these incidents. Only the names have been changed.

Hector began shaking uncontrollably, kicking and thrashing at his Dad. Between tears, he yelled “I hate you. I hate you. You’re not my real dad. ” Dad was furious and his mind was made up. This kid had to go because he was ruining their good reputation due to Hector’s repeated thefts from home, school and now their church. He was an embarrassment.

Susan was still in the dark corner of her bedroom curled up in the fetal position with her hands over her ears when mother’s boyfriend (and baby’s father) arrived home. She was terrified to move. Concerned about mother’s uncontrollable state, her tears, and the baby’s welfare, he poked his head into Susan’s bedroom and firmly stated, “Stay right where you are, you expletive. You’ve done enough damage to our family!”

Children who are victims of trauma in their early lives internalize these experiences in their brains and will react accordingly. What we learn in our early developmental years influences who we are and how we react. These are our “go to” behaviors; they are the behaviors we instinctively fall back on when we see an opportunity to react or try to solve a problem. We know what we know and we act upon it. When a child has experienced trauma and has internalized particular self-protective behavioral patterns, he or she will normally react in the way they have learned.

Hector had lived a poor life in Mexico. His family rarely had food or consistent shelter and, by age 2, he was taught to steal to survive. He knew to steal food, clothes, blankets and money. When his family came to the U.S. in search of a better life, finding jobs was difficult and the family did not fare much better. The children were eventually removed due to homelessness, neglect, and abuse and Hector later became eligible for adoption. Stealing was inherent for him. It was how he learned to function as a toddler and it continued for years after that. Stealing was his “go to” behavior.

Susan and her younger siblings lived with their biological mom and her abusive boyfriends. The boyfriends came and went over the course of time and all of the children experienced years of physical abuse, emotional abuse and neglect. They did not have much and the children had few toys. Mom was usually on drugs and rarely able to care for her children. Eventually, they were removed from the home. Despite her own young age, Susan did her best to “parent” her younger siblings, see that they got fed, and comforted them. To keep them from crying, she often gave them the few stuffed animals in the home to hold on to and caress. This was her definition of comfort.

When you know the backstory on these two children, you can see how their actions were results of what they had learned and experienced early in their lives. This is what they knew worked as a means of survival. Their adoptive parents did not either know much about their early lives or chose to ignore it, thus multiplying their anger and frustration with the child’s inappropriate behaviors. This is why it is CRUCIAL to identify the trauma a child has experienced in their lifetimes. We MUST ask them “What happened to you?” instead of reactively yelling “What’s wrong with you?” Our care for children from hard places must be based on compassion and understanding and we must assure that our parenting actively reflects this. If a child needs supportive services, such as therapy, to help them change what they have learned, we need to become a willing part of that therapy. We may need to be more watchful of behaviors in order to prevent inappropriate ones and we must learn to calmly discuss with the child alternatives and permit “do-overs.” We may need to take extra time to teach appropriate responses to actions or to assure them they will no longer be “without” the basic human needs. Whatever their trauma, we must be proactive in helping them heal. As adoptive parents, we must take the time to look at our child and their behaviors through the lens of trauma.

An Eventful Journey to a Forever Family