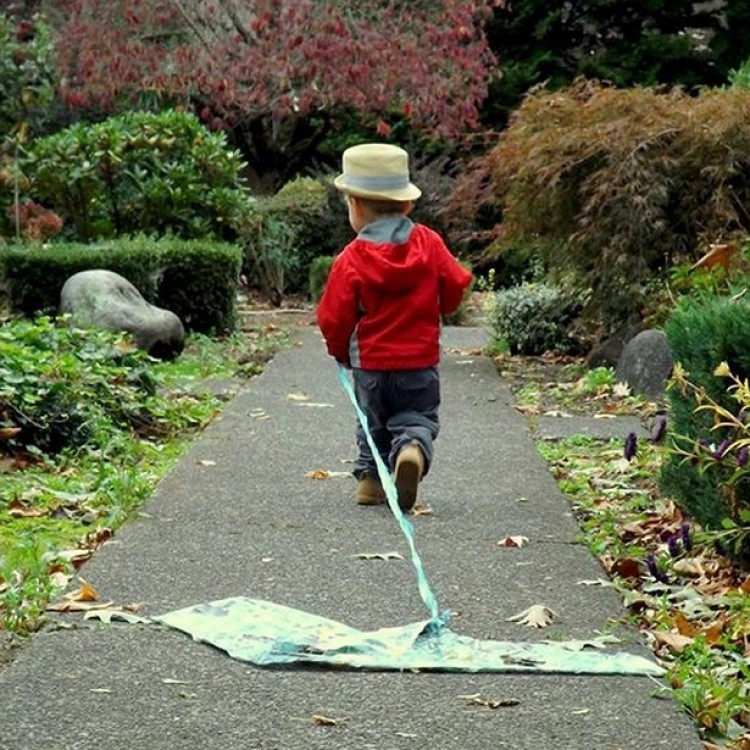 Corey had tried to conceive a child naturally a few times over the years without success. At the suggestion of a co-worker, she attended an infant adoption information class at Boys & Girls Aid, but eventually stopped pursuing it when life got in the way.

In June of 2013, she was visiting family in northern Washington when a cousin told her that a family friend was unexpectedly pregnant and thinking about adoption.

Would she consider adopting her child?

Something clicked into place for Corey, and she agreed to meet with the birthmother that weekend. Their first meeting went well as they talked about the life histories, and Corey shared pictures of her home. The birthmother was four or five months along at the time, and was struggling with some serious issues. She just wanted to find a stable home for this child that she was carrying.

When Corey headed back home after the weekend, they agreed to keep in touch over the phone. Corey approached Boys & Girls Aid to learn more about the adoption process and began taking the necessary classes and steps that would allow her to welcome a child into her home.

In the months leading up to the due date later that fall, they worked through some very important details and the birthmother was provided with a lawyer who would advocate on her behalf. They discussed what level of openness that they wanted in their relationship after the child was born, and how Corey would raise their son. Things were moving along slowly but smoothly.

On October 6th, a healthy, blue-eyed boy was born. Dylan looked exactly like his birthmother, and she realized that she couldn’t say goodbye to her child.

“She decided to give it a chance and take the baby home,” Corey shared.

In Washington, like other states, birthmothers have a holding period before they can sign paperwork terminating their parental rights. Corey had always known that an adoption disruption was a possibility, but nothing can really prepare a hopeful parent for this turn of events.

Corey poured herself into her work and her daily routine to try to move on.

Within months howerver, Dylan was removed from the home and placed into foster care.

He spent a few days living in a temporary foster home before moving in with a second family. They soon asked to have him removed because they were struggling with taking on another child.

As Dylan moved into his third foster home in less than a year, his birthmother was working very hard to get him back. She was taking all of the steps necessary to gain the stability she needed so that Dylan could move home with her.

After carefully and thoughtfully considering her options, the birthmother made the tough decision that it would be best for Dylan to be adopted into a stable home. She approached Corey once again and asked if she would be willing to adopt her child. Corey agreed and they put the wheels in motion for her to bring Dylan home.

Boys & Girls Aid helped walk Corey through the steps of adopting from foster care across state lines. This is a more complicated and lengthy legal process than adopting an infant, but Corey was willing to do whatever it would take to bring her child home.

During the summer of 2014, she began making the hours-long drive to northern Washington for supervised visits with Dylan every other weekend. After a few months, she was able to take him for a few hours on her own during the day and then return him to his foster home at night. This process was very long and grueling, but it was designed so that Dylan could get to know Corey better and transition comfortably from the foster home where he was living.

Dylan was finally approved to move home with Corey in January of 2015. She took off two months from work so that they could bond and spend time together. He had grown close with his former foster family, and they were an integral part of this transition and still remain in his life.

Dylan and Corey grew closer as a family, and she was delighted to see him become more comfortable in his surroundings. As the months moved on he began bonding with his new family and Corey’s close group of friends.

“Everybody adores him,” she said. “And he adores everybody else. He’s just a happy, active kid.”

“It was an amazingly long process, but definitely worthwhile,” Corey explained. “So he could have a stable home. And that’s why his birthmom made this decision. She didn’t want him going from foster home to foster home.”

Ten months after Dylan moved in, he and Corey headed to the court house to finalize his adoption and make his forever family official. He was too young to fully understand what was going to happen that day, but from now on November 30th will be celebrated as their family day.

“During the whole process of her signing, it only took minutes really,” Corey said. “I was just sitting there with Dylan in my arms. It was a surreal feeling. This is really ending. I was very, very nervous until then. And then it was just this big relief. And excitement. And coming home.”

It’s been a complicated journey. Their relationship with Dylan’s birthmother isn’t as open as Corey had originally hoped, but it’s something that they’re working through. Corey sends photos and emails about the milestones he’s reaching, and she talks regularly with Dylan’s biological grandmother on the phone.

As Corey and Dylan navigate his toddler years and beyond, we don’t know what adventures they’ll go on or where their journey will take them. What is certain is that Dylan will be surrounded by a big family — foster, birth, and adoptive — who love him very much and will help expand his horizons and encourage his sense of adventure.


We do not simply find families, we find the right families for children in need.

Boys & Girls Aid works to secure lifelong connections for every child in Oregon. Regardless of age or background, we believe children belong in families that are permanent and stable. While every child deserves a family, not every child has a family. Between the ages of 0 to 23, we have a focus on making sure every child has a lifelong adult connected to their future.

There are many children in foster care in Oregon that are waiting for their forever families. Adoption from foster care is an affordable option, and assistance may be available to help offset the cost.

Our staff is there for you every step of the way. We begin our services with an orientation that allows you to become familiar with our agency and our program. You will have a trained member of our staff available to answer all of your questions.

Who are these children?

Children in our Foster Care Adoption program range in age from young children through teenagers and come from families of diverse backgrounds. What these children share is the need for a permanent home with a caring family like yours.

Boys & Girls Aid serves children waiting in foster care throughout the state of Oregon. These children are in the care of the state for any number of reasons. While it is always our first hope to see children reunited with their biological family, for these children, returning to their families is not possible, or not a safe and stable option. As a result, they have been released to the state for adoption.

Many of the children in our program are in foster care because of a history of abuse or neglect. These circumstances leave some children with cognitive, physical, or emotional challenges that require special care.

The children in our Foster Care Adoption program need understanding, stable adults to care for them. Boys & Girls Aid is proud to work with families of any race, ethnicity, religion, marital status or sexual orientation.

Boys & Girls Aid is a non-sectarian, non-profit organization who has been finding permanent homes for Oregon’s children since 1885. More than 17,000 adoptions have been completed since the agency was founded. Boys & Girls Aid is a founding member of the Child Welfare League of America and the Special Needs Adoption Coalition. As one of the few Oregon agencies accredited, we are held to a higher standard than others in our field. At Boys & Girls Aid, we are committed to finding families for children, not children for families. This means we always place the highest priority on what is in the child’s best interest.

Learn more about adopting a child from the Oregon Foster Care system now by visiting our website.

For the Love of Your Child

Looking at our Adopted Children Through a Trauma Lens