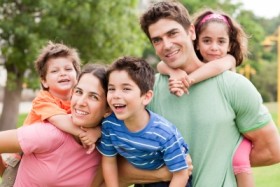 Families are led to international adoption for a wide variety of reasons, whether due to infertility or because they feel called to adopt a child in need. There are children in need in all countries across the world and the number grows daily. Choosing to open your home to a child in need involves completing endless paperwork, paying thousands of dollars and waiting, lots of waiting. These investments of  emotion, time and money may lead families to believe that their happy ending is a right. But, that’s far from the reality of international adoption. All adoptive parents must recognize that adopting a child is not a right, but rather, a privilege.

Ethnocentrism (the belief that one’s own culture or society is superior to all others) is common among all cultures and peoples throughout history. Ethnocentrism leads some adoptive families (and their friends and family) to believe that they have the right to adopt a child because they feel U.S. or Canadian families have much more to offer the child. However, if a country allows families to adopt, it is a sacred privilege and a privilege that should be acknowledged and respected.  All countries who allow their children to be internationally adopted can close their doors at any time. We have seen this in Cambodia, Vietnam, Guatemala and most recently in the Democratic Republic of Congo with the suspension of exit letters for adopted children due to concerns over re-homing.

It is so important for the welfare of children worldwide, that all adoptive parents acknowledge adoption is a privilege that is provided to the adoptive family.  It is not a right or entitlement. After all, parenting a biological child can also be a privilege that is taken away if the biological parents abuse this privilege or demonstrate wrongdoing by abusing or neglecting the child. Lets all be responsible parents by realizing that while we should all actively pursue the goal for every child to be raised in a family, this is also a privilege bestowed on us and one that is not to be taken lightly.