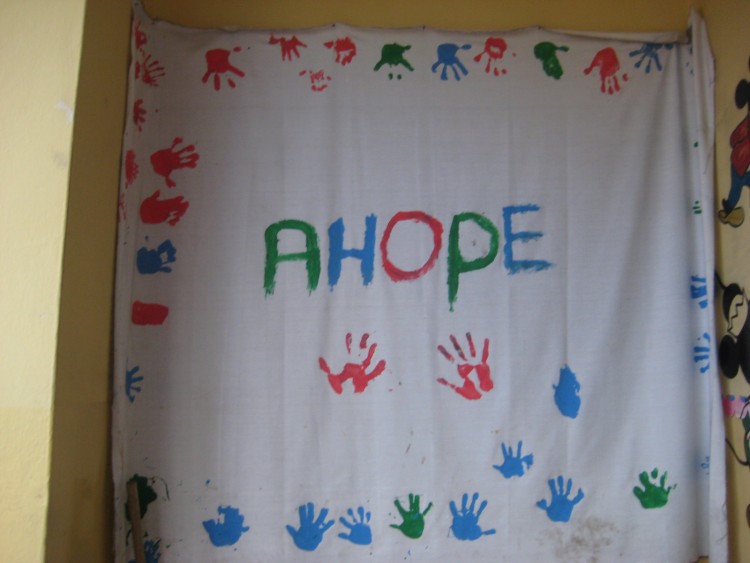 This article first appeared in the May 8, 2009 issue of Seattle's Child  and was reprinted with their permission.

I had a dream one recent night. I dreamed that my daughter's babysitter drove her to a rural town and dropped her off on the side of the road. I dreamed that I found out about this when I got home and found no babysitter and no baby. I dreamed of driving around the town in my car, trying not to drive too fast for fear of crashing in the ice and snow, but fearing that if I were too slow, I would be too late. One lone, tiny set of footprints in the snow would be easy to spot, even in the dark. I cursed and thanked the snow at the same time. Hopefully it would lead me right to her. I brought her down jacket with me – they must not have planned to be gone long.

I woke up screaming and hoarse with tears in my eyes. I'd been screaming for a long time, and my cat was sitting on my pillow looking at me, alarmed. Both of my beautiful daughters were asleep, soundly, safe and warm in their room. I fought off the urge to go wake up and hold my 3-year-old, the subject of my dream. I wanted her to pat my hair and say, "Wazzamatter mommy?" the way she does. I wanted to hear her funky little Amharic-Spanish-English accent, and I wanted to smell her hair. I wanted to make sure she was warm enough.

I paced around my house all morning in a trance-like state trying to understand the dream. The few times in my life that I've had such vivid dreams have always meant something important. But what could this mean? My little girl doesn't even have a babysitter, and I haven't visited the town in my dream in 10 years.

What kind of person would leave an innocent toddler outside to fend for herself? I poured my coffee on my hand, missing my cup entirely through the dried tears in my eyes. Suddenly, I understood. My little girl is just my little girl to me, but in Africa, where she was born, she was practically untouchable. If her neighbors knew about her, they would have burned her house to the ground in self-defense.

That's why her mother took her to the orphanage. My little girl was born with HIV. Her mother (who had AIDS) was probably secretive about her own health status. If she had accepted the medication that she and her daughter needed to live, her neighbors might have come after them both. She never could have held a job again, and her parents might have thrown her out. Her daughter – now mine – wouldn't have been allowed to go to school or play with the other children in her neighborhood.

It's foolish, really; she's just a little girl, not a walking, talking, tricycle-riding super-virus. HIV is one of the most fragile viruses known. What many people don't know is that once a person begins antiretroviral drug therapy, his or her HIV/AIDS condition, while not cured, can be put into remission, further reducing the risk of transmission, even to the individual's spouse or fetus.

The United Nations and UNICEF estimate that 13 million children around the world have lost one or both parents to AIDS. Estimates differ as to whether that number will reach 25 million or 42 million by next year. Many of the children who lose parents to AIDS will carry the HIV virus themselves. There's more demand for beds at special HIV/AIDS orphanages than can ever be met. Forty-two million children without mothers? Unthinkable. To put that number into perspective: It's the population of Romania and Australia combined.

This year, World AIDS Orphan Day falls on the same weekend as Mother's Day. My experience in Africa last fall, when I traveled to Ethiopia to adopt Lydia, will certainly cloud my Mother's Day observance.

Entire societies of children live on the streets of Ethiopia – and it's the same way in many parts of Africa. One such community consists of 200 children, ages 18 months to 19, who shelter in the bus system of Addis Ababa. They sleep in the bus shelter at night and ride the buses during the day, away from the sun and the rain. They shine shoes and sell second-hand goods plucked out of garbage bins.

The little cute ones beg for a living and the bus drivers share their lunches to sustain this commune of parentless children. When a child shows signs of wasting or being very sick, the older children will help the child gain admission into an orphanage to get medical care. For all intents and purposes, these children seemed to me to live fairly happy lives – we saw them playing on the street, they smiled and waved and sometimes followed me to look at my strange "flat" reddish hair. Still, like the lost boys of Peter Pan, they live without parents to shelter and guide them in life. They are alive and generally well, but their long-term prospects are grim.

Strangers often ask me and my husband how we ever found our angelic little girl. I prefer to answer that we're simply very, very lucky. My husband tells the story a little more truthfully. "People are afraid of her," he says, "she has ‘scary letters,'" a term he coined to refer to those three letters so many people fear: HIV. A healthy child like her would usually be swept up in moments by an adoptive family. Instead, she waited nearly 18 months, and just two families were interested in adopting her.

We feel privileged to be part of the growing adoption subculture of "second parents" to AIDS orphans. More and more children with HIV/AIDS are being adopted abroad by families who can provide medical insurance and educational opportunities to them.

That said, adoption isn't the cure to this crisis. Can more than 20 million people adopt children? Adoption of all AIDS orphans would rob entire nations of a generation of children. Many wonderful organizations are working abroad to provide in-country support to children. Organizations like World Vision and AHOPE for Children (both based here in Washington state) are providing care to children abroad, which will allow them to stay in their birth country and with their relatives when it's possible.

Some doctors say that having HIV is far preferable to having diabetes. AIDS is now considered a chronic, manageable condition, requiring medication and a multivitamin daily. Very simple precautions are taken at home – the same universal precautions that we all already take – things such as hand-washing, avoiding contact with blood without a barrier such as a Band-aid or rubber glove and covering any open wounds.

This is how I think my dream would have ended, had I not woken with such a start: I follow the single set of footprints in a typical toddler pattern – to a fence to look at a barking dog, to a river. Oh, God! With relief I see she'd walked along the riverbank – following a rabbit from the looks of it, into a grove of trees. Tears well up in my eyes when I see, huddled under a tree, my beautiful curly-topped little girl. To my surprise there are two girls, despite the single set of footprints. My daughter, Lydia – and the dimple-faced, underweight little girl who will move into her bed at the HIV/AIDS orphanage, AHOPE, in Addis Abba, Ethiopia.

We've been fortunate. Our daughter's particular variety of HIV progresses very slowly. She's never needed drug therapy. Currently, hygiene and nutrition are enough to keep her viral loads low and her immune system strong enough to live a totally normal life with a normal life expectancy. It's likely she'll live to know her grandchildren. The only thing that makes her different is her quarterly appointment at Children's Hospital for a blood draw and her "scary letters."