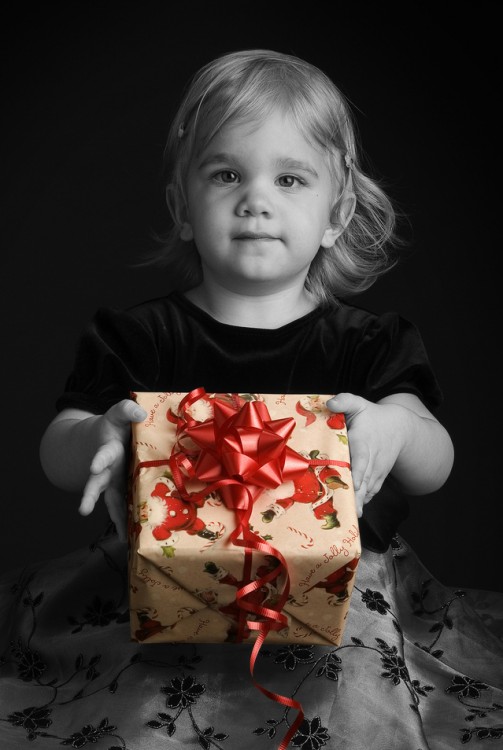 Christmas is a time of celebration and rejoicing with your family and loved ones. What can be more special than a first Christmas with a newly adopted child? How do you welcome them into your home, your heart and your family? What about the rituals, traditions and culture of an internationally adopted child? How do you take your blended family and bring them together for the holidays?

“What happens on the first Christmas depends on the age of the child and his past experiences,” says Gloria Hochman, director of communications and marketing at the National Adoption Center. “Older children, who have been in foster homes, will remember the way Christmas was celebrated there, which may or may not have been a wonderful experience. For very young children, the celebration will probably be no different from what it would be for birth children. Whatever is comfortable or traditional in the family would probably be fine.”

Hochman points out that it is important to transmit the joy of the holiday but not to overwhelm the child, particularly if his or her personality is subdued. ”Include the child in the celebration in a way that is appropriate to his age,” she says.

“It is important for older children to integrate their cultural identity,” says Victor Groza, professor of social work at the Mandel School of Applied Social Sciences at Case Western Reserve University in Cleveland, Ohio. “Integrating an adopted child’s traditions and cultures can be a great bonding experience for the family.”

Cindy Champnella, an adoptive mom from Farmington Hills, Mich. and the author of The Waiting Child, says that Christmas should be a magical time for all children, no matter what age they are. ”The younger children, of course, have no basis of comparison,” she says. “But the older ones often see it as another extraordinary aspect of their new lives.”

Tom and Sabrina celebrated their first Christmas with their sons who were adopted from the Ukraine by incorporating some traditions from their children's home country. In the Ukraine, there are two sets of holidays, Catholic and Orthodox.

Champnella encourages families to celebrate their traditions with their children, but to also learn about the holiday traditions of their homeland. “Local groups, like Families With Children From China, often have parties and celebrations for the Chinese New Year, the Dragon Boat Festival and other traditional Chinese holidays,” she says. “They are wonderful occasions to add new traditions to a family.”

Hochman finds it energizing for all family members when a child’s heritage is considered in celebrating the holidays. “We know families where there are birth children and adopted children from a variety of cultures,” she says. “They celebrate Ramadan, Kwanzaa, Chanukah and Christmas. Children learn to appreciate their own cultures and those of their siblings.”

Families come together at Christmas and other holidays. Emphasizing cultural identity and sharing those traditions together provides strength for children, not only in adopted children but also in birth children. In families where there is a mixture of religion and culture, Groza suggests looking for the commonalities amongst the traditions and emphasizing those.

No matter how much you do or don’t incorporate, there is no deficit, but only strength. It is the responsibility of parents to know their children and to fulfill their needs.

“It is one thing to think it all through intellectually, but the reality can be different and difficult," says Groza. "Holidays bring out these differences, but they also allow parents to adapt their parenting to the needs of the child. After the first holiday, the rest are easy because the pattern has already been set.”

The Gliddens will be joining a group of carolers this year. The tradition of caroling has continued in the Ukraine since the ninth century, and she wants the boys to be a part of it. None of these traditions were kept up during their time at the orphanage.

“I think it is very important to help a child understand about their native culture,” says Champnella. “You want them to be proud of their heritage, as this will affect their self-esteem in the years to come. However, you do need to take cues from the child about how much to discuss this and be prepared to back off during the times when they are experiencing adjustment issues.”

Traditions, whether they are being integrated from the child’s culture or from a parent’s upbringing, will eventually meld together to become a family tradition.

“I believe most families are comfortable raising a child in their traditions, but want to incorporate knowledge of their own cultures because they want their children to be proud of who they are,” says Hochman. “It is important for children’s self-esteem that they enjoy their family’s traditions and way of life, but are also cognizant and take pride in their own heritage.”

Part of parenting involves building positive strengths and self-confidence in our children. Learning with them and developing new rituals, as well as incorporating the old, helps to do just that. Adopted children need the influences and reminders of the past to help them define who they are and will be.

In the Ukraine, there is a Christmas spider web legend that tells of one family in a village who was too poor to have a decorated Christmas tree in their house. The mother hung a few meager nuts and fruits on the small tree outside their door in hopes of bringing some cheer to her children's Christmas Day celebration. On Christmas Eve, the spiders heard her prayers and hung their webs all over the tree. As the sun came up, its rays glittered and sparkled on the dew that was sprinkled on the webs and turned them to silver and gold.

"We will tell them this story and attempt to make ornaments that look something like it,” says Glidden. “ We strongly believe that all members of a family are contributors. Therefore, we gladly adopt what our children’s heritage brings. Even if it is new to them now, one day they will know that we have accepted their heritage as well as they have adopted ours. As the boys often say: 'We all got married.'"

A family is not built on the biological or cultural similarities they share, but the traditions and memories they create to treasure in the years to come.