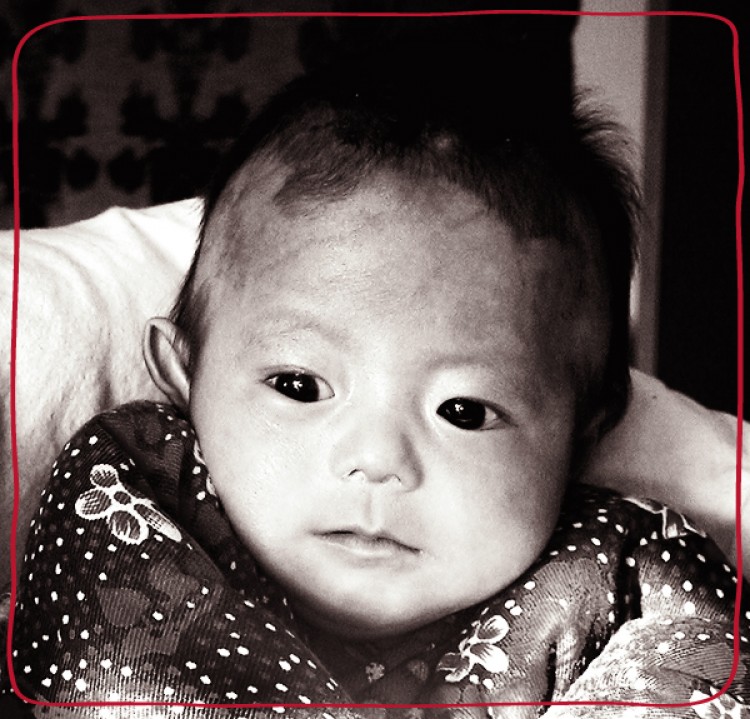 Editor's note: To reflect their broader mission to bring life-changing programs to more at-risk children Half the Sky has changed their name to OneSky.  OneSky for all children.  New name...same incredible purpose.

A street sweeper found the baby late one morning in July. It was already blistering hot. She was tucked in a box, wrapped in a woman’s blue jacket. Only her eyes peered out. They were glazed with fear. She was silent. There was no note.

When they unwrapped her at the orphanage, they saw she was tiny, maybe a month or two old. They washed her off and tied a cloth around her scrawny bottom. They put her in a crib with only a bare board. No blanket. Nothing to hold onto. Every now and then a bottle would be propped in her mouth. No one held her, except when she was bathed or her clothes were changed. She lay in that bed for seven months. Then one morning, they lifted her from the bed and gave her a bath and dressed her in clean clothes. She rode in a car for the very first time and then, in a shiny hotel lobby, she was handed to a woman.

She dared not look at the woman or the man who was with her. The little girl was terrified. She just shut down. After a few days, someone brought her back to the orphanage. They propped her in a walker. She slumped and lay her head on the walker tray, looking at no one. No one tried to lift her head. She stayed in that walker or in her bed for the next two years.

When Half the Sky came to the orphanage we were told not to bother with the little girl. That she was autistic. That she was almost adopted, but then sent back. During our training, a young nanny trainee began visiting the little girl each day, spending a little longer each time. As you can see in the video, it didn’t take long for the magic to begin.

This child’s story is the story of so many thousands like her – those whose lives have been transformed by Half the Sky, but especially of those still waiting for the miracles to begin.

Some people think that our work is done. That we’ve succeeded in our goals and that all the children will get a second chance. I wish with all my heart that it were true. I do believe that it will be like that one day in the not too far off future. But for now, we still must ask for your help to make the miracles happen. ??

You can make all the difference for children just like this one.

With love and thanks,

Jenny Bowen, Founder and CEO
Half the Sky