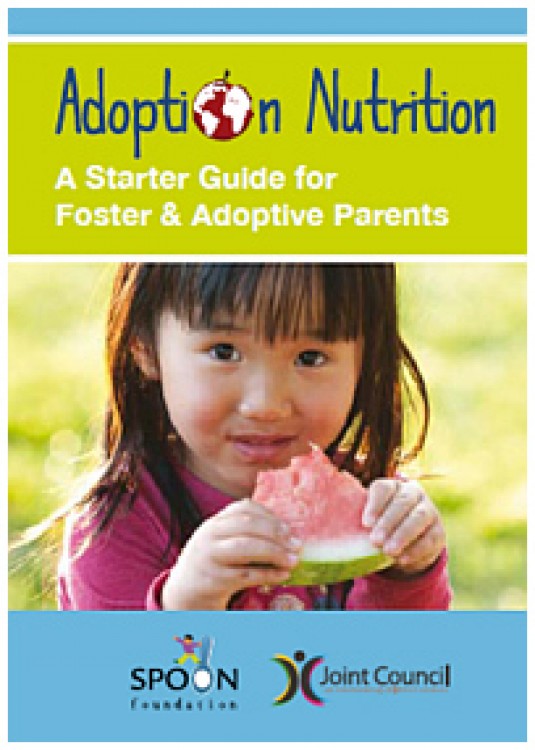 Cindy Kaplan and Mishelle Rudzinski each adopted their first child from Kazakhstan in 2006.  Both were looking to start a family, but they never thought that these adoptions would also inspire the beginning of a groundbreaking nonprofit organization.

When Cindy and her husband, Tony, brought home their son, Jadyn, he was declared to be suffering from "failure to thrive", an imprecise medical term used when a child's weight or weight gain is "significantly" below that of children of the same gender and age.  At 8 months old, Jadyn weighed just 11 pounds and did not have the strength to lift his head.

Cindy took Jadyn to nutritionists and feeding experts who did not have experience with adoption, and she quickly became frustrated.  The standard approach for helping a malnourished infant is to feed a high-calorie formula, and continue it past the typical cut-off age of one year, if necessary. But Jadyn rejected bottle-feeding and most liquids. So, Kaplan turned to books and online adoption chat rooms and trained herself in the techniques and diet tricks that would nourish Jadyn beyond the danger zone.

Around the time Cindy adopted Jadyn, she met Mishelle Rudzinski, a fellow Portlander who had also recently adopted a child from Kazakhstan.  Mishelle’s daughter, Bakha, was 5 years old and so severely handicapped by an undiagnosed, and fully preventable, case of rickets and anemia that the adoption agency made her sign papers stating she understood that Bakha might not live to age 18.  Bakha could barely walk and was the size of a small two year old.

Within days of the adoption, Bakha was diagnosed with rickets and given high doses of Vitamin D.  Within weeks, she started walking and then running.  She grew eight inches in the first year home.

As Cindy and Mishelle's kids began to heal, the mothers couldn't help but think "what if," and felt an intense responsibility to the children left behind.  They sought ways to volunteer but couldn't find any organizations working to systematically change the rampant problem of malnutrition in orphanages, in Kazakhstan or anywhere else in the world.

In 2007, a year after their families were formed through adoption, Cindy and Mishelle created SPOON Foundation, a nonprofit organization that works to improve the way orphaned, fostered, and adopted children around the globe are being nourished.

SPOON Foundation has three main goals: to provide orphans and adoptees with the nutrition they need to grow and thrive; to encourage and advocate for research in this little-studied field; and to influence nutrition policies and procedures for institutionalized children around the globe.

Since its inception, SPOON has collaborated with a renowned team of experts in international development, neonatology, nutrition, and feeding.  Medical Advisory Board members include Dana Johnson, MD PhD and Julian Davies, MD, among others.  In 2009, SPOON launched its pilot program in Kazakhstan, home to more than 46,000 children living without families to call their own.  The diet in the orphanages (known in Kazakhstan as “baby houses”) was analyzed, and children in ten baby houses were measured and tested for nutrition deficits.

Analysis showed that their diet lacked sufficient protein, fats, vitamins, and minerals.  As a result, a substantial number of these children were stunted or wasting.  Many were significantly deficient in key nutrients, such as iron and vitamin D, which can have devastating effects on the brain and physical health.  Moreover, the effects of poor nutrition can make it harder for a child to be placed with a permanent family.

SPOON's program has already made a difference.  The Deputy Minister of Health in Kazakhstan has proposed a new decree to parliament based on SPOON's recommendations, which will establish a new menu, and for the first time ever, national nutrition norms for baby houses.  Soon baby house directors and cooks will be trained by local staff to implement the new diet and best nutrition practices correctly and consistently.

The program continues to grow.  SPOON recently expanded its work to include China, Mexico, and Vietnam.  Working with Joint Council on International Children's Services, SPOON is learning about current institutional feeding practices and developing a series of culturally-sensitive tools to support caregivers in meeting the most critical feeding and nutrition needs of young orphaned children. The resulting training tools will be distributed through a new global website that SPOON has been tasked to create, as well as through in-person trainings.

And here at home, SPOON is continually enhancing its resources for adopted and foster families, including a one-of-a-kind website.  Now all of the tips and tricks Mishelle and Cindy had to figure out the hard way are available at www.adoptionnutrition.org and in a new educational brochure, Nutrition Starter Guide for Adoptive and Foster Families, (which can be downloaded or ordered online through the adoption nutrition link) created by SPOON and its partner, Joint Council on International Children’s Services.

These resources were created to help adoptive and foster parents and professionals identify, understand, and meet the nutritional needs of their kids, which new research shows often worsens during the first several months post-adoption.

While some adopted children come home in bodies that are clearly aching for food, others may appear well-nourished but are similarly suffering from nutrient deficiencies.  A lack of vitamins and minerals may not impact a child’s outer appearance but can have a significant impact on brain development and long-term cognitive functioning.

Due to multiple risk factors, such as a lack of early breast feeding, improper use of formula, and a nutrient-poor diet, potentially combined with stress, illness, and parasites, adopted kids are at a higher risk for malnutrition than are many children.  In addition to stunting (very low height for age) and wasting (low weight for height) adopted kids may be deficient in key micronutrients, such as iron, folate, vitamin D, and zinc, among others.

Once a child is home, parents work hard to help him adapt to his new life, including his new diet and way of eating.  However, it is also important to understand previous eating practices and potential nutritional issues that are common in the child’s country of origin.

Many families choose to cook foods from their child’s native culture, especially on special occasions, such as country-specific holidays or Adoption Days.  The “Nutrition Basics by Country” section of www.adoptionnutrition.org provides information about some of the countries from which children are adopted and provides recipes and tips for transitioning children to the diets of their new homes.

While there is limited research about the nutritional needs of U.S.-born adopted children, health experts suspect that they, too, are vulnerable to under-nutrition and should be screened and treated accordingly.

What began with two families will help ensure that other families and the professionals working with them have all of the tools they need to help adopted children become healthy and stay well-nourished.