Living My Own Story

The Child That Wasn't Mine 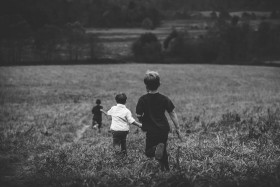 Duane and Nicole  remember the first time they met their son. Joined by his foster parents and caseworker, they were introduced to a shy 3 year old named Connor. As Duane and Nicole spent the next few hours getting to know Connor, they realized this was their son.

Since becoming their son, Connor has moved beyond his past as a former foster youth. Today, he is happy and excited 4 year old. He has two older brothers who he has bonded with, and parents who love him unconditionally.

This was not always the case. Like many of the 8,000 children in Oregon’s foster care system, Connor was growing up with an uncertain future.

Upon entering foster care, it was determined that he could not return home. Without any other family connections, Connor was at-risk of growing up in foster care.

Connor loves cars (especially jeeps), trains, basically any vehicles. He loves to go swimming and is fearless when it comes to jumping off the diving board. He wants to be a “scupa” diver when he grows up and can’t wait to be old enough to join the swim team with his brothers.

He loves being read to and his favorite series are Bad Kitty and Elephant and Piggy. He is a great reader himself, and is already reading at a first grade level.

We do not simply find families, we find the right families for children in need. Boys & Girls Aid works to secure lifelong connections for every child in Oregon. Regardless of age or background, we believe children belong in families that are permanent and stable. While every child deserves a family, not every child has a family. Between the ages of 0 to 23, we have a focus...

Willing to Open Their Hearts