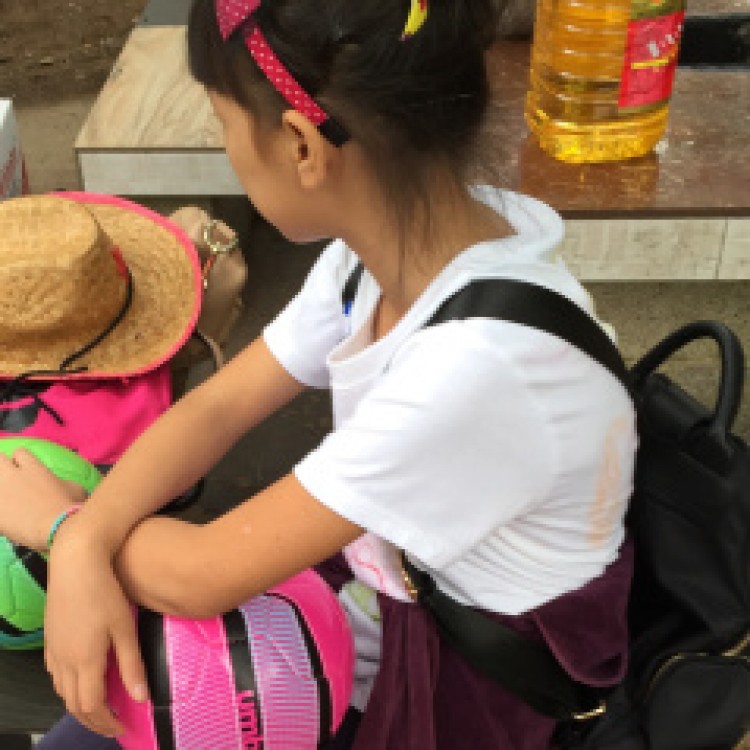 Growing up in the Midwest in the 80s, my picture of HIV was framed by after-school specials, the evening news, and MTV. I had never met anyone with HIV or AIDS, and its only real impact on my life was that I used extra toilet paper on the seat of public toilets.

There were only two exceptions to my simplistic view of HIV – People who got HIV from a blood transfusion and kids in Africa who got it from their parents. Those two groups were more likely to receive my pity than my self-righteous judgment. (Have I been clear enough that I was both ignorant and a jerk?)

With this as background, you can imagine my surprise in 2013 when my wife called me at work to talk about our pending adoption from China. Anne and I had four kids at the time – two “tummy babies” and two “airplane babies” from China, and we had recently decided that we could muster the love and capacity to add one more child to our family.

With our paperwork fully filed, we were in position to review the profiles of available special needs kids. Our first two adopted kids live with hearing loss, so I assumed that the third would as well. You can imagine my surprise when Anne said that we had NOT been called about a child with hearing problems. Oh no. Her three-word description remains as one of the most shocking phrases I have ever heard – “Twins with HIV.”

I could write a book about everything that went through my mind in the next few moments. I think I laughed out loud when she said it. That’s how ridiculous it seemed to me. I literally could not decide which half of the equation scared me more… TWINS or HIV. I just knew with absolute certainty that neither of those were going to work…

Three months later, we arrived in Changsha to meet Sam and Ellie… my twins with HIV. When I consider how much I love them today, I cannot imagine that it was ever an option NOT to adopt them. (God’s plans are not our own; they are far, far better. To quote CS Lewis… “He’s not safe, but he’s good.”)

Our healthy, bright, hilarious and much-loved Ellie and Sammy, celebrating their first Christmas at home. My mind cannot reconcile the fact that they would be considered the lowest of the low in many parts of the world today.

One thing I have not worried a lot about is HIV. The primary reason for this is a miracle of modern medicine called Antiretroviral Therapy. Sam and Ellie each take 3 medicines in the morning and the same 3 pills again at night, and those six pills a day literally keep my children alive.

I should note that this life-saving cocktail of drugs only exists because of the courage, perseverance, and sacrifice of those same people I was so quick to judge in my youth. Those communities which faced the HIV/AIDS epidemic in the 80s and 90s bravely fought uphill for the acknowledgement, funding, and research necessary to fight this terrible disease. Many of them lost their lives during the pursuit of the drugs which now keep Sam and Ellie alive. It would be difficult to overstate the respect and gratitude I now feel toward the HIV/AIDS community.

You see, my 1980’s picture of HIV is as outdated as my pleated pants from that same decade. (I have become more informed on HIV. My pants remain a problem.) Some of the things I now know:

• How HIV is Spread (or not) – HIV cannot be transmitted through casual contact – this includes hugging, sharing snacks and drinks, diapering, or even the dreaded toilet seat. The virus is only present in blood and sexual fluids/breast milk. Since none of our family members or friends plan to have sex or exchange needles with Sam and Ellie, we are not at risk. We “glove up” and use a few extra Band-Aids when they fall off their scooters and have bloody knees, but that is more because of their love for the printed Dora or Buzz Lightyear than protection from the virus, which cannot survive outside of the body. (The 8 of us do go through a shocking amount of toilet paper, but none of it is used to cover the seat at home.)

• Day-to-Day Life with HIV – My children are not defined by their HIV status. They have to take their medicine each day. They visit our wonderful Infectious Disease team at Cincinnati Children’s Hospital quarterly to draw blood for viral load and immune system monitoring. Because of the drug therapy, the level of the virus in my kids’ blood is so low that it is considered ”undetectable,” and their immune systems have been within or above normal ranges during each of their five visits so far. A slew of illnesses have passed through our family since the kids’ arrival, and Sam and Ellie have recovered at the very same rate as our other kids. Some HIV patients experience side effects from the meds, but we have been blessed by a lack of any issues to date. Aware that the medications can be very expensive, we braced for a serious hit to our budget upon Sammy and Ellie’s arrival, but we were pleasantly surprised by the availability of generics, and we are thankful, as always, for great insurance. For both kids, our after-insurance cost is around $150 per month at the pharmacy and about the same for each round of labs.

• The Long-term Prognosis – With proper treatment, people living with HIV have normal life expectancies and they can expect to live normal lives, including marriage and parenting healthy children. Our specialist has genuine hope to be out of a job in the next 10-20 years when she believes a cure will be available.

• How Others Will React – Importantly, we have been warned that “HIV stigma” would be one of the most difficult aspects of parenting kids with the virus, especially in light of our choice not to assert privacy rights. After one year with Ellie and Sam home, we have not experienced any of the negative reactions that were anticipating. Everyone we’ve encountered has been positive, interested in learning, and so loving to our kids. We were prepared to lose relationships – potentially a lot of relationships – but we have experienced nothing but open arms eager to welcome our kids home. We know that others have not been so fortunate and also know that the challenges may shift in nature as the kids get older, but our experiences to date have been almost universally positive.

As hopeful as I want this article to be, it is essential to highlight that there are kids just like ours who are dying from HIV and AIDS every day, almost always because they don’t have access to the medicines Ellie and Sammy casually throw back with their Cheerios in the morning and in their PJs at bedtime. A significant percentage of the orphans in the world today are kids who acquired the virus during birth and lost their parent(s) to AIDS.

In the face of so much ignorance and misinformation, that may be the only area where I have been consistently right in my understanding of HIV. There are a lot of kids in far away places who have it. Kids who will die… and die alone… from HIV if they don’t get the help and hope we have the power to give them. Kids in desperate need of a mom, a dad, and six pills a day.

Rescue the perishing; don’t hesitate to step in and help. Psalm 24:25

Originally posted on No Hands But Ours. Used with permission by author.

This article was graciously shared to RainbowKids with permission by The Lily Project, a grassroots organization in China who want to see the lives of HIV+ children transformed through education, advocacy, foster care, and adoption.

View waiting children who are HIV+ by clicking on the photolink below:

A Hemophilia Adoption Story: The Journey to Our Son