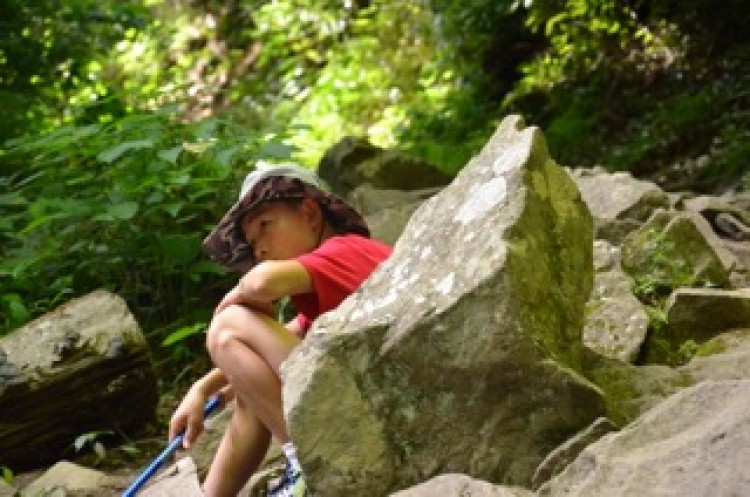 Seven years ago, on November 9, 2008, I had no idea that my son was turning 8 years old, half way around the world in China.  I didn’t know that in a few months, my husband and I would receive an email that would change our family’s, and our future son’s, lives forever.  The email merely indicated that he lived in China with hemophilia, spending many weeks in the hospital each year, and he needed a home.  As a family, we quickly decided we needed to make him ours.

Prior to that email, Pam Thomas, current China Program Director for Across the World Adoptions, was visiting one of her partnership orphanages in Nanjing, China.  She went to look at some of the bunk beds her organization had recently donated.  She noticed a cute, but fragile looking boy, giving her the peace sign with a big grin on his face.  She learned that this child had hemophilia, and was therefore considered unadoptable!  After returning home she was helping a New York family adopt their little girl when she learned that they had a son with hemophilia.  She recalled the charming little boy she had met in China.  With encouragement from the NY mom who had a connection in the hemophilia community, she convinced the orphanage to make the young boy “paper ready”.  Within days of an email going out to the hemophilia community, we had contacted Pam and were getting ready for our new son.

When we were united with Luke on January 25, 2010, he was quite frail and had a slight limp.  He had a target right knee that had repeatedly bled over the years and was rather swollen.  He spent the majority of his time with us in China in a borrowed wheelchair.  When we returned home, we immediately took him to the hematologist for evaluation and he received a dose of factor VIII that day.  We then began physical therapy for his knee and prophylaxis twice a week.  Over the course of the next several months, Luke made amazing progress, growing physically stronger and regaining full use of his knee.  With occasional breakthrough bleeds and school starting in the fall, the hematologist increased his prophylaxis to three times per week.

Now almost 6 years later, life for Luke is much different.  He is physically strong and healthy and he has family and friends who love him.

When I asked Luke what he wanted to say about his experience, he said “The first day I met you, you were strangers, but soon after I felt like I belonged in the family.”

He is getting excellent grades as a freshman in high school, while playing the violin in his school orchestra, and participating in team sports.  He rows on the crew team with his sisters, and enjoys running.  Luke’s dad, Dave recently commented, “I had thought that our family was complete until Luke.  We have been blessed with him in our lives and it is exciting to see him grow into an amazing young man.” Luke learned to self-infuse at Camp Bold Eagle, the first summer he was home and is now independent with his infusions.  Remarkably he has not had a bleed since starting 4th grade.  Luke’s older brother Jay says, “It’s been exciting to see Luke grow and overcome his hemophilia obstacles.”  This would not have been possible if he had remained in China.

Since helping our family become complete, Pam has been searching for boys with hemophilia in China and advocating to find families for them.  This year alone, she has matched nine boys with hemophilia to their forever families.  When Pam locates a boy with hemophilia she contacts myself and several other moms in the hemophilia and adoption communities.  We then go to work advocating and searching to find forever families for them.  It has been so rewarding to feel that in some small way I can help these boys find the families they deserve and the access to medical care that they desperately need.

In November of 2014, I learned of “Cody”, a young boy in China with hemophilia that was going to be turning 14 in July of 2015.  I was told that at age 14 a child “ages out” of the system.  Ages out?  What does that mean?  I had never heard about this before.  As it happened, we had just celebrated Luke’s 14th birthday three days before.  It struck me that if Luke had remained in China, he would have aged out three days earlier!  I had to know what would have happened to him.  What I discovered was devastating and made my heart ache.  For a child with a severe medical condition like hemophilia, aging out typically means the child will be moved from the orphanage to an institution, for the remainder of his life.  With severe hemophilia and little to no access to medication, the average life span for someone living with hemophilia in China is only 24 years old.  I couldn’t believe it!  We had to find Cody a family!  Through a mass effort by Pam, and her agency, the hemophilia and adoption communities, a family miraculously stepped forward for Cody.  He has been home 5 months now and is thriving with his new family and medical care.

The blessings we have received from our journey to adopt Luke have been too numerous to count.  We have an amazing son whom we love and cherish.  He is an integral part of our family and he has impacted each one of us and made our hearts grow.  His sister, Isabella, stated,  “Even though it wasn’t always easy, I cherish getting to build a relationship with my brother.”  They are truly like any other siblings, they get on each other’s nerves one minute and then I will spy Isabella patiently helping Luke with his biology homework.

Anya recently said, “I always wanted a little brother, but I didn’t know how much he would teach me to appreciate the life that we have here.”  Anya has developed a passion for Chinese orphans and would like to do a mission trip to China and work with orphans there.

Our journey to Luke has inspired me to advocate for other children with hemophilia in China.  Through my advocacy efforts, I have met so many amazing people.  One mom who adopted her son a few years ago started the Hemophilia Adoption Facebook page.  This private group consists of those that have already adopted a child with a bleeding disorder, are starting the process, or considering adopting a child with hemophilia.  We are creating a network of advocates, mentors, and experts in hemophilia adoption.  I am so blessed to be a part of this, and to witness families finding their forever sons.  We are so fortunate to live in this country, where everyone can have access to the medical care that they need and deserve.