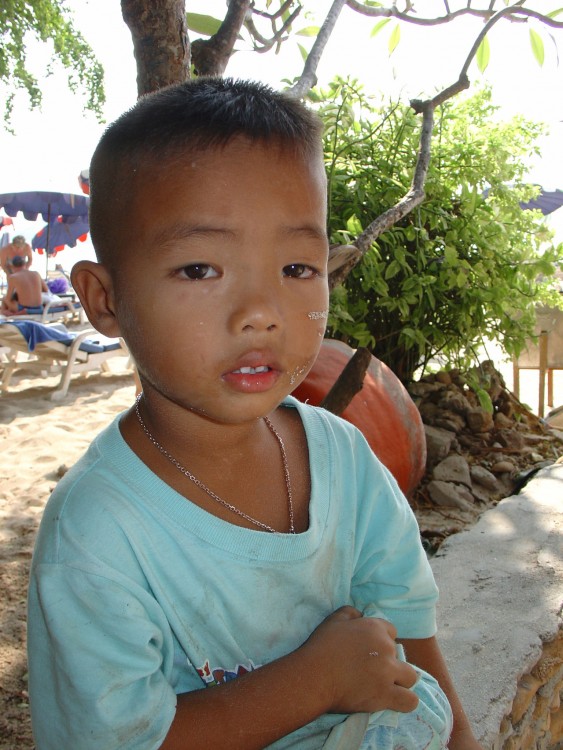 I have always felt that each of our children, whether by birth or adoption, is a gift from God. Five years ago, when I felt the tug on my heart to adopt again, it wasn't too difficult to convince my husband.

My husband said that he very much wanted us to adopt a boy. He didn't need to convince me! I got busy looking at waiting children's lists right away. It didn't take me long to find a little guy who was just a few days younger then our daughter. I called the agency to inquire about him but found out he found his forever family just days before.

After speaking with the agency,  I felt comfortable requesting an information packet. When it arrived, I studied their list of children & about half way down the list was our little man. He was two and a half years old, was absolutely adorable, and was listed as a Hepatitis B carrier. We started to research Hep B.

My Mother in law, who was a Nurse practitioner was very familiar with Hep B and it's effects.  She had not only studied about it in medical school, but had actually contracted Hep B while drawing blood from a patient. She never got very sick, only simple flu like symptoms and then was classified a carrier. We took our son's medical file to our family doctor and he felt that there was no real concern, especially since he was considered a carrier. The doctor felt that he had been ill already would be immune to further illness. We made the decision to move ahead and request to adopt.

I let no dust settle and got busy collecting the paperwork needed to satisfy both the United States and the Thai governments. Two months before his third birthday, I, accompanied by my fourteen year old daughter, and met our son/brother for the first time. He was precious in every way! He warmed up to my daughter and I fairly quickly. We soon realized that he was capable of throwing a fit.

We understood that even though he was in an orphanage setting, this was the only life he'd known and his whole little world was being turned upside down.

We arrived home from Thailand to our home in Kansas at 2:00 a.m.  We had an appointment scheduled for later that day to see the pediatrician as he had an infected toe. Rather then put him through the trauma of seeing a doctor again we decided to get it all over with right then and there. He had blood drawn and a battery of tests preformed. Our doctor didn't feel that we even needed to follow up on Caleb's Hep B as he said he was just a carrier.

A few years later we had to switch pediatricians. We met with the new doctor and felt very comfortable with him. Through the course of our visit, I decided to mention Caleb's Hep B carrier status. Our new doctor, not wanting to overlook anything felt it would be wise to check his Hep B status just to be on the safe side. Three days later the results were in and were not at all what we expected. Caleb's liver enzymes were elevated which was a sign that there could be some activity going on in his liver and his viral load was 5.1 billion. That meant that for every tablespoon of Caleb's blood, there were 5.1 billion copies of the virus.

We were referred to an infectious disease doctor who referred us to a liver disease specialist. Dr. Daniel of Children's Mercy Hospital, Kansas City, Missouri took over the supervision of our son's illness. Dr. Daniel ordered an ultrasound but it was inconclusive. Caleb, six at the time, underwent a liver biopsy. On June 1st we received the results. His liver was inflamed and was showing considerable scarring. Dr. Daniel prescribed a drug called Lamivudine a.k.a. Epivir. We were told that if his hepatitis were left untreated, Caleb would be on the liver transplant list by the time he was sixteen years old. Caleb started his series of treatment, one pill a day, and his liver likes it!

Caleb's liver enzymes are now in the lower normal level. His viral load that at one time had been extremely high is now less then 300 and considered undetectable. His HBVe antigen has flipped from positive to negative and now for the first time in his life his HBVe antibody is positive. This means that his Hep b is no longer replicating. He has had absolutely no side effects from the medication. Dr. Daniel is very optimistic that a total cure for Hep B is just around the corner. New drugs that are better and more effective are discovered every year.

Once again God has called us to adopt. We felt drawn to adopting a 5-7 year old Hep B positive girl from China.  I would encourage anyone who is considering the adoption of a Hep B child to go for it! We have been truly blessed! View Children Waiting for Adoption with Hepatitis B