Naming Our Children: What I Know Now 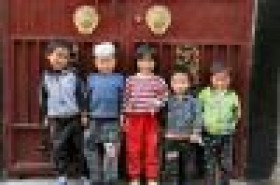 There’s nothing half as endearing as going back home.  It's a heavy burden laying across your shoulders when returning to a place that holds your first ever memories. Some would consider this place to be one’s birthplace. A place you can always fall back to when the going gets tough. It's a place that's accepting of who you have become, and all the mistakes you have made in your life. To this place, everything you’ve don 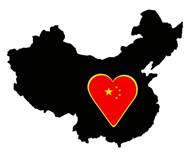 e wrong isn’t criticized, but instead it's accepted. For many, this place has always been by your side, attached at the hip ever since you were little and maybe even until you're all grown up. For me, it wasn't like that. I wasn’t give the same opportunity to grow up where I was born. I left the place that made me who I am today.  Although there are people in this world who aren't able to grow up in the place they were born, sometimes they are given a chance to go back, visit, explore, and experience their birth home.

When we drove up to the front of the welfare home, passed the gates, I immediately was in awe of what I remembered. In the words of Kevin Arnold, “Memory is a way of holding onto the things you love, the things you are, the things you never want to lose.” I hold true to this quote, in its entirety. When the dusty, grey van pulled up on the inclined road towards the entrance, every memory flooded back to me. It was a gust of pictures, laughs, and words that shot through my head in mere seconds. This feeling is complex and truthfully can only be understood by those who feel it at the moment.

Nevertheless, I had a lot of adrenalin pumping through my veins, and a lot of sweat crawling down my temples. As the door slid open, I hopped out of the car, and just stopped for a minute. I didn’t move; I could barely breathe. For that minute I closed my eyes ever so slightly and went back into the past. I turned 90 degrees to the left, and remembered the colorful, outdoor slide that I used to play on.  Then I turned 180 degrees to my right, and remember so vividly the basketball court that now looked used and worn and unattended to. Everything seemed the same as it did 12 years ago. Nothing seemed change; everything was still old and rusty.

As I finally opened my eyes, which seemed to be closed for an eternity, I was introduced to a woman, who unnaturally wasn’t familiar at all. She told me she hadn't worked at the time when I had been there.  But she seemed to have this inner glow within her that made me know I was back home. She politely narrated the architecture and people within the building, and gave us a slow but detailed tour. As we walked up the spiral, pastel blue, metal stairs, I glanced over the right of my shoulder and saw a window, staring me in the face. I knew that window. It was old and familiar to me. I had seen it before and remembered looking out of it from a caretaker's shoulder. When I looked out at it than I saw what used to be houses and trees, but now it had become industrial plants; and clouds of smoke roaming through the air.

I snapped back to the present, and kept on walking up the long set of stairs until we finally reached a room with sleeping babies. As we opened the heavy, glass doors, I had noticed -- in the corner of the room -- a container. It was pink, with broken pieces here and there, but the container was the same.  Although the room had changed, there were bits and pieces that had been stored and remembered in my brain. I can’t help but think of what could have been.

Visiting my home--my welfare home-- brought back vivid, intricate memories that are forever in my heart. But I couldn't help but notice the tragedy of what my home had become to these new children. The fact that nothing had changed meant things were slow. There wasn’t much help, lights were turned off or not working, there was little to no heating, and many things appeared to be broken.   Silence was the music of my welfare home. Noise only rarely came from the children.

Some say that there is a light at the end of the tunnel. I believe this to be true, in some cases. But when I faced reality and the impact it has made on my life, I realized that leaving was for the best. I felt honored to return to my first home, but relief to know that I was able to leave it -- not just because I received a better life in my home -- but because what used to be, may never change.

This article was shared by Lotus Travel

Why a Heritage Trip Matters to Me

Fathers, Sons, and the War at Home