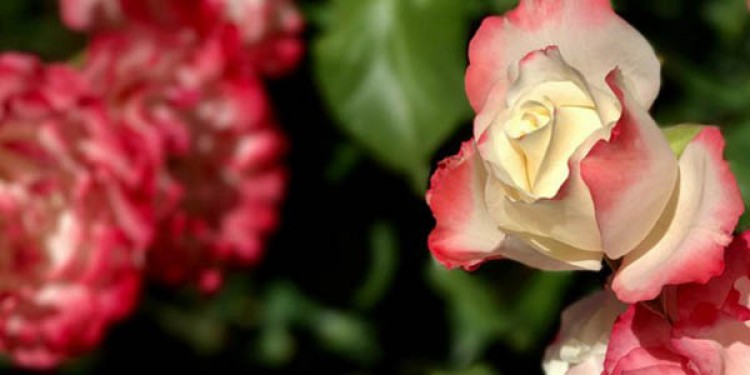 What’s in a name? Wouldn’t a rose, by any other name, smell as sweet? Of course it would. On the other hand, if names were so disposable, then we wouldn’t care so much about them, would we? They are our introduction to others, the foundation of our identity. They reflect our history, our heritage, and often our lineage. Simply put, a name is a big deal.

And when it comes to adoption, I am frequently asked about the tendency for some adoptive parents to give their child a new name. Ah, there's the rub.

Let’s begin with a confession.  You should probably know that my wife and I legally changed the names of our children who first joined our family through adoption. Sandra Yahaira became Aleksandra Faith. Ramiro, who had no middle name, became Elijah Ramiro. Why did we do this? For one, I think we wanted names that reflected our faith. Second, and this relates to Eli, we thought we were protecting him. We couldn’t finalize their adoption until six months after they had joined our family, so we kept their original names throughout that period. Every time, and I mean each and every single time, we introduced our children to someone new, it was the same story. Sandra’s introduction went without a hitch, but when we would introduce Ramiro, it was always the same reaction.

Pause. Blink. Blink. The listener would tilt their head to one side repeat his name without trills or any inflection other than Texan twang. “Ramiro?” (hear it this way: ruh M?? yuh R?W?)

“Hmph,” forced through the nose, without any discernable vowel sound.

The message was one of curiosity, at best, or disgust, at worst, trying to figure out the behind-the-scenes story, because we didn’t seem to belong. In their hasty estimation, at least one of us didn’t fit.

This. Happened. Every. Single. Day. How, we thought, could we saddle him with this reaction for life? We lived Texas at the time, and Mexican and Spanish culture were prevalent throughout the region. People celebrated some aspects of Mexican culture, misunderstood many, and ultimately maligned others. If we could save him some anguish, wouldn’t it be a good thing?

Therefore, we legally changed their names during the adoption process, and we spent a full year calling him a hyphenate: Eli-Ramiro, which his sister ultimately changed to Eli-‘miro, before eventually dropping the Ramiro altogether. And with that, we lost a beautiful piece of their Mexican and Spanish heritage. We took away and whitewashed a small piece of their identity. Yahaira, meaning “to light, to shine”, and Ramiro, meaning “supreme judge.” Sigh.

Why a name change?

There are many adoptive parents like us, who will change the name of their adopted children for varying reasons: mistaken assumptions about race and identity, concerns for safety or protection (which were never applicable in our situation), or a desire to symbolically claim children and provide a sense of belonging.

For some, this seems biblical, with the idea coming straight from the New Testament imagery of new creations, with the old identity passed away. This occurs throughout the Bible, really. Abram became Abraham, Sarai became Sarah, Jacob became Israel, Simon became Peter, and Saul became Paul.

So I can see it. Clearly, I have done it. But would I do it again?

The more I get to know my children, and the more I listen to adoptees, the more I see the flaws in my own logic. Biblically, the idea here positions one’s past as limiting and is ultimately something to be overcome. Relationally, an adopted individual’s heritage is woven into the core of their identity, and will certainly influence who they may become. It isn’t something that is shameful, it shouldn’t be hidden, and it isn’t remotely ‘less than’. So, in my opinion, we shouldn’t act as if it is.

What do adoptees say?

More importantly, we should highlight the opinions and voices of adopted persons. Seeking the perspective of adult adoptees can be vital to inform and guide adoptive parents consider how we approach decision-making on behalf of our children.  So, as I was preparing to post these thoughts, I chatted with my children about their names and how it impacts them.  Here are their thoughts:

“I always wished my middle name was still Yahaira.  I was very proud of it because it was part of who I was and my culture… I have always been proud of my culture and would always be sad when no one believed me on my race, [or] when teachers would change my race when I circled Hispanic and they would just change it to Caucasian.”  – Sandra, age 25

“I think I get mistaken for white a lot by non Mexican/Hispanics due to my name. I wish sometimes I was more in touch with my heritage and culture. I don’t think it was anything y’all intentionally did, … I think it just has to do with being adopted into a different culture if that makes sense. Like for instance most Mexican and Hispanic people will automatically speak Spanish to me and I think it shocks them that I don’t have the language fully learned.  [But] being adopted is [also] part of my story.  I think I notice more now that I’m older.” – Eli, age 23

What’s in a name?

So now, when I think of changing a name, I wonder what we are trying to escape. We shouldn’t even hint that a cultural or familial heritage is something to be overcome. Rather, we should celebrate and embrace what makes our children unique. Are we adoptive parents consciously or subconsciously trying to deny our child’s history in order to manage our own grief over the fact that these children were not born to us? We didn’t feel them move in the womb. We didn’t hear their heartbeat on a sonogram, nor did we see them take their first steps, or speak their first words. We have much to grieve.

However, and here is the bigger point, our children also have much to grieve. More. Their history is a part of their cellular makeup so any efforts by adoptive parents to deny that history, even though they may be unintended, can be hurtful. We can compound their sorrow by implying that a part of what makes them unique, a part of what makes them who they are at the very core of their being, is something I quickly chose to change.

My loss of not getting to choose a name for my child pales in comparison, doesn’t it? Particularly so, when I think through the implications of my choice: