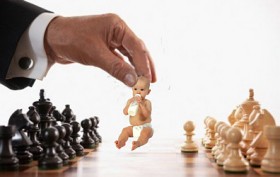 The United State Department of State issued the following statement on December 31, 2013:

On December 28, President Vladimir Putin signed into law Russian Federal Law No. 186614-6, which prohibits the adoption of Russian children by U.S. citizens. This law will go into effect on January 1, 2013. In keeping with the spirit of the current U.S.-Russia adoption agreement, which went into effect on November 1, 2012, the U.S. government continues to urge the Russian government to allow U.S. families in the process of adopting a child from Russia to complete their adoptions so that these children may join permanent, loving families.

In observance of national holidays, most Russian government offices will be closed through January 8, 2013.

Prior to traveling to Russia, we strongly encourage families, in cooperation with their adoption service providers, to confirm that Russian authorities will process their adoptions to conclusion and provide all required documents. It remains unclear whether Russian immigration authorities will allow adoptees to depart the country and whether families in this situation will encounter legal complications with local authorities starting on January 1, 2013.

The U.S. Embassy in Moscow will continue to process Forms I-600, Petition to Classify Orphan as an Immediate Relative, and immigrant visa applications for children whose families have obtained all required documents as part of the adoption process. U.S. citizen adoptive parents who have completed an adoption, received a Russian passport for their child, and have filed or are ready to file Form I-600 with U.S. Citizenship and Immigration Services (USCIS), and then apply for the immigrant visa at the consular section of the U.S. Embassy in Moscow should call +7-495-728-5000 or email the USCIS office at the U.S. Embassy in Moscow at Moscow.dhs@dhs.gov to request assistance.