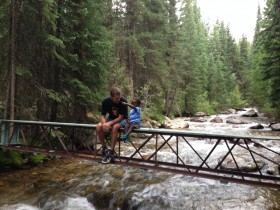 Parental Emotional Language and Its Influence on Internationally Adopted Children

We have always heard that children mimic what a parent does rather than what they say. However, new research shows that especially with internationally adopted children, efforts made by their adoptive parents to discuss emotions and feelings with their children makes a huge difference in the child’s emotional understanding of themselves and others, thus contributing to better behavior and increased social competence. A 2015 study conducted by Boston University, the University of Minnesota and Sonoma State University researchers discusses the concept of developing emotional understanding in internationally adopted children.

We all know that a child’s good mental health begins with how their parent perceives them and responds to them. Although many parents of internationally adopted children often have little information or sometimes inaccurate information on what their child’s early life entailed, it is safe to assume that they suffered some early emotional deprivation and trauma. Whether from their biological parents who could not properly care for them or the lack of individual attention they encountered in an institutional setting, we know that these children did not get that crucial early emotional support. Thus, internationally adopted children can often have difficulties with reading social cues, understanding emotional perspective, demonstrating appropriate behaviors, and developing self-awareness and self-confidence. A parent’s direct interactions with his or her child and especially parental conversations with the child about feelings and emotions can have a profound effect on the child’s future.

When a child goes from one of these difficult early settings to their adoptive home which is an environment filled with rich cognitive and social stimulation, one-on-one attention, stable caregivers, a warm environment, plenty of food, and social supports, we can infer that the child is experiencing a positive “intervention” in their development. However, at the same time, they are also experiencing detrimental emotions—separation from known caregivers, transition to a new country and language, adjustment to new routines and expectations, loss of friendships, and fear of the unknown. Most of the time, the child does not know how to properly understand or react to these emotions he is feeling, thus leading to misreading social cues, social isolation, internalizing emotional problems, engaging in anger and aggression, and developing inappropriate coping mechanisms. To help your child with these multi-layered changes in his or her life, you should engage in mental state language with your child on a regular and continuing basis.

What is mental state language? This is when you openly talk with your child at his or her developmental level about his mental states: feelings, emotions, desires, thoughts, beliefs, fears, and ambitions. It is when you relate their feelings to events or expressions they can understand in order to help facilitate thought.

You might do this by talking about your own feelings and experiences or relating your child’s to a developmentally appropriate story or fable. You might discuss alternative outlets for feelings and help him engage in them. You can help him interpret the actions or facial expressions of others and guide him in more positive reactions to them. In doing this, you give your child a vocabulary, a way to talk about their emotions to others and organize them internally. Soon, they can label their own emotions, become more self-aware, develop fundamental concepts about emotions, empathize with others, and gain perspective about emotional states. Engaging with other children and adults becomes more positive for them and often leads to less problematic behaviors because they are learning to cope better and understand social norms.  Performing normally expected emotional tasks allows the child to be perceived in a more socially accepted manner and can help them build friendships and peer acceptance. Their self-esteem and self-confidence builds and they can become less reliant on their old negative behaviors. They have new tools to use to interact with the world and understand it.

Every single opportunity that you, as the parent, take to facilitate your child’s emotional development and understanding creates lifelong scaffolding on which they can build their personality, perspective, vocabulary, and cognitive brain. Daily, and sometimes multiple daily, discussions directly with your child show him how important he is to you and enables him to become a more mentally healthy, productive and contributing member of society. Remember, being a parent is more than providing your child with the basic necessities of food, clothing and shelter; it is instilling the ability for the child to develop good mental health, social competence and emotional regulation.