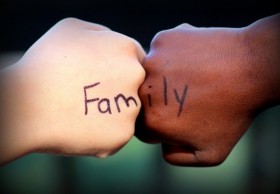 Including your Child's Culture within Your Family

“Positive racial identity depends on our ability to identify fully with our ethnic roots, yet remain confident that race or ethnicity does not limit our opportunities in life.” –Inside Transracial Adoption

Experts recommend that parents do the following to meet the cultural needs of their children:

Incorporating as many of the above suggestions as possible often translates to many positive outcomes for both the child and the family as a whole. Having experiences within the child’s own culture creates a strong racial identity and sense of belonging, along with an increased resiliency against racism and discrimination. It can also increase the bond between parent and child.