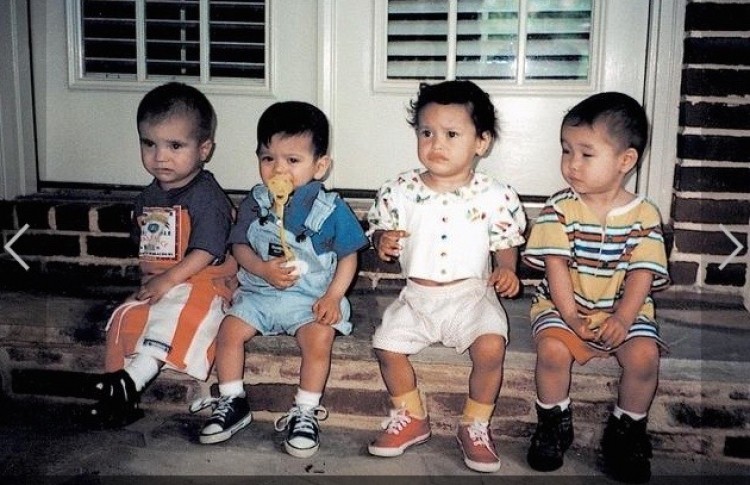 They came to this country 15 years ago as toddlers, understanding two languages, neither of which was English.

Their new parents decided to keep the children’s birth names — Aslan, Zarina, Sergei and Rustem — so there would be one word they’d recognize in the ocean of strange sounds.

“It took a long time,” says their mom, Jan Kilic. “There were a lot of blank stares.”

They were adopted from a baby house in Kazakhstan to fill the hearts and the home of Jan and Bobby Kilic, who had buried four children the year before after an earthquake struck Turkey while they were on vacation. During her grieving process, Jan realized that she not only loved each of those little individuals, but also the act of parenting. That led them to look into adoption.

“What else more meaningful could I be doing with my life?” Jan remembers thinking during those months of healing. “I was just sitting, being Natalie’s mom, going from five children to one.”

Today the teenagers don’t spend much time thinking about how they came to be a part of the Kilic family.

“It’s really surprising that they came out (of Kazakhstan) with four of us,” says Aslan, the oldest by two months. “Especially after what they went through.”

The family lives in Atlanta but spends Thanksgiving each year in Rosemary Beach with Jan’s parents, Champee and Bill Kemp. The children also spend time at the Kemps’ each summer. This year was the first time Champee and Bill showed their grandchildren the articles that had been written about the family more than a decade earlier.

“I don’t go anywhere that people don’t stop and ask me how they are, what they are doing,” Champee says.

Finding their way back

Jan and Bobby originally wanted to adopt Turkish children orphaned by the quake, but immigration laws made that a challenge.

In March of 2000, seven months after the quake, they began working with a woman in Atlanta who helped connect them with a “baby house” in Kazakhstan. The Kilics had assumed it would take years. It took less than two months.

In May that year, they brought home the four toddlers — two more than they had planned to adopt. Jan says they changed their minds after they saw the conditions of the home and realized they would be allowed to adopt more. The house held 120 children, almost all of whom had been relinquished at birth.

Their new home in an Atlanta suburb was equipped with a classroom, playroom, pool and playground.

Jan raised all of the children the way she had intended to raise her first five. They were homeschooled through eighth grade, at which point they attended an inner-city public school near their home. All of the boys wrestled. The girls were cheerleaders. By the time they entered high school, each of the children had the skills to participate in a varsity sport. “It gelled the family,” Jan says of keeping them home with her. “They bonded with each other and with me.”

Although doctors had told her she would not be able to have more children, she became pregnant and gave birth to Michael, who is now 11.

“Somebody said to me one time, every person in my family has a story, a pretty big story,” Jan says. “From Natalie losing her siblings, to each of my other ones being born in a hospital and sent to an orphanage, to Michael being a miracle baby.”

Eyes on the future

The teens are too busy being teenagers to spend much time thinking about how their stories might set them apart. Aslan, Zarina and Sergei are seniors in high school, making college plans. Rustem, 16, will remain at home for another year with Michael. The oldest, Natalie, is at the University of Alabama.

Aslan, the natural leader of the group, is a nationally ranked wrestler who has signed with the Naval Academy. Zarina is a cheerleader who coaches younger students. She is talking to college coaches around the country to decide on her future path. Sergei is hoping to attend the University of Alabama on a full academic scholarship. Jan and Bobby have the same rule for all of their children — if they want to attend an out-of-state school, they need to earn full scholarships. To attend a four-year Georgia school, they have to qualify for the state scholarship.

Rustem, who is still a junior, is planning to join the Marines when he’s done with high school and go to culinary school after finishing his service. He travels with a full set of kitchen knives and makes many of the family’s meals. In this busy, successful pack of kids, he sets himself apart with his service, believing that his true gift is helping others.

“I like serving people,” he says. “It’s something God just told me to do.”

“I just wish I could see what my real mom and dad looked like,” says Zarina, echoing her siblings’ curiosity about their ethnicity.

They all were born in Kazakhstan, but their facial features and skin tones each appear to trace back to a different country in the region.

Only Sergei has no interest in going back, or looking back.

‘I just always see them’

Despite the celebrity with which they entered this country, they have never been interviewed about their lives, or their past. None remembers the orphanage or much about their early years. Sergei, Rustem, Zarina and Aslan all laugh when they see a photo taken of them soon after they came to this country. In it, the four toddlers are lined up next to each other, none looking at the camera. Rustem is sucking on a pacifier.

Zarina, a lithe, striking beauty, is particularly horrified, “Ewwww,” she says, peering closely at the photo. “What am I doing and what was I wearing?”

All of their memories involve each other, from sharing the same classroom for nearly a decade to competing in the same sports for much of their lives. Next year the three oldest will graduate and leave Rustem and Michael in the large Atlanta home where 10 Kilic children have lived at some point in the last 20 years.

Jan worries about how quiet it will be. Her life has been devoted to raising her families — her first group of five and her second group of six.

“It’s gonna be sad without them there to push me around,” he says. “When Natalie left, it got a little lonely. When they all leave, it will be really lonely.

“Every single day, I just always see them.”

This article was reprinted with full permission from author Wendy Victora and Northwest Florida Daily News.

View Children Who Are Waiting for Adoption Now

Adoption: Would You Consider It?

5 Reasons Why You Should Consider Adopting an Older Child