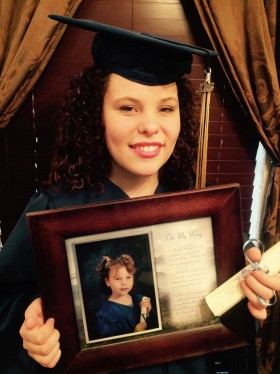 Adopted or not, when it comes to parenting one thing is consistent: parenting a teen can be difficult.

It’s no secret why. Our teen years are spent discovering ourselves, moving past childhood, and growing into the adults we will become. This time of life can be turbulent for anyone. For adopted teens, it’s a period during which they will struggle with all the expected troubles teens will face, and there may even be a few unique to their life as an adopted teen.

As a parent, it’s your role to help them through this sometimes difficult transition. You’ve already been there for them during their transition into their new life, so you know what it takes. All you have to do is to recognize some of the unique obstacles they’ll face as they move towards adulthood. With an emphasis on adopted teens, here are a few tips to keep in mind:

Understand Their Sense of Identity – Being an adopted teen comes with worries and struggles that other teens may not have to deal with. Abandonment issues may arise again when the insecurity of the teen years hits, and the struggle every teen faces, identity, may be especially acute in adopted teens. Recognize that, look for red flags, and most of all, be an attentive parent.

Understand Their Feelings About Your Family – Every teen goes through a time when they question their family and their role in it. This is especially true for adopted teens. How do they feel about being an adopted child? Is it something they are open with their friends about? How does it impact their sense of self? Understanding where your teen’s mind is on this topic can help you help them navigate the difficult teenage years.

Allow Them To Establish Their Own Identity – It’s easy for parents to fall into the trap of trying to steer their child into a mold or identity they hope to see for their child. We simply want what is best for them, after all. This is especially true for parents of an adopted child. Such families may find their teens confronting issues of cultural identity. Allowing your child to find their own identity – within reason, of course – helps them become more comfortable with themselves, and that is vital to becoming a confident adult.

Get To Know Their Friends – This applies to all teens, adopted or not. Your child is entering a period of their life when their peers have just as big an influence on them as you do. By having a sense of who their friends are, you’ll have a better sense of who your child is – and believe us, this is a time when your child will be changing. They are not the little person they used to be!

See The Bigger Picture – It is inevitable that you and your child will clash on some things. That’s okay. Just ensure you pick your battles and see the bigger picture. Worry about things that matter and will impact their life – their higher education, for example – and don’t worry about small things, such as their taste in music.

Give Them The Knowledge They Desire – When your child enters their teen years, they may desire to know more about their background. Where were they born? Who were their birth parents? Are they interested in exploring their ethnic heritage? Exploring those questions may be painful for you, but the teen years are a time of discovering one’s self. Allow them the freedom to explore, and ensure they know you’ll always be a rock for them as they do.

Helping a teen become an adult is not easy, but neither is being a parent … and you’ve already gotten this far, haven’t you?