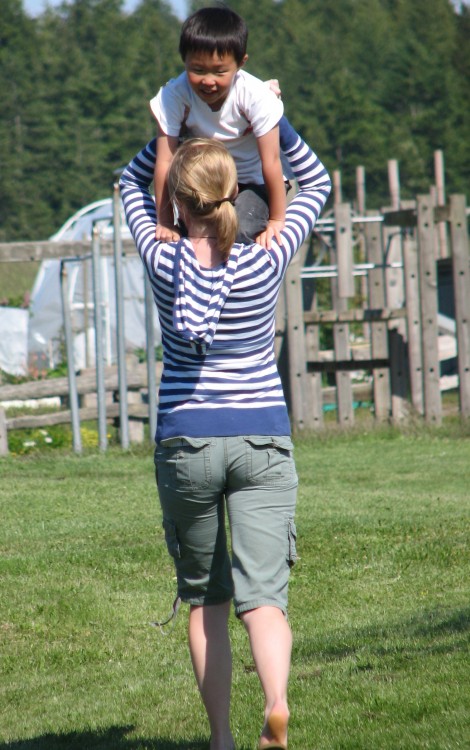 As a little girl I daydreamed about my very own Cinderella Ball.   I’d arrive in a horse drawn carriage wearing a beautiful blue flowing gown and delicate glass slippers. In kindergarten I was Sleeping Beauty for Halloween.  And like Jasmine, I “flew” around our house on a magic carpet, pulled by my dad.  Never in my childhood did I ever fantasize about the life of Wendy Darling, the more than often forgotten Disney girl from Peter Pan. To me, she was dull. She didn’t have the gorgeous gowns or have a handful of dwarfs catering to her every need. She was timid when it came to growing up, yet she was compassionate and mature beyond her years.  As a 5 year old I didn’t see these qualities and I most definitely didn’t realize that I was Wendy Darling in the making.

When I was little I always wanted to be at home.  My mom’s arms were the only place I felt safe.   Going to a school, let alone being invited to a sleepover, terrified me. I was perfectly happy at home playing with my little brother, bossing him around. At the end of second grade, without a lot of warning for what was to come I took my first trip to Neverland when my parents adopted a 4-month-old baby from South Korea.  He made my eight-year-old self a little less bossy and a lot more nurturing. His presence taught me the richness of other cultures. In fact, that Halloween I wore a tradition Korean dress, a Hanbok, for Trick-or-Treating.

I explored deeper into Neverland two years later when another brother joined our family through adoption.  He was seven at the time and was from China.  Because of his story, the way he became an orphan, my fourth grade heart was exposed to the harsh realty of life that not every child grows up happy or healthy. I had no idea. I came to know this part of Neverland as the one with paper lanterns hanging from the ceiling, Monkey King videos flickering on the television, and passionate epic bi-lingual Pokemon card battles being fought in the playroom.

I thought I had discovered every last corner of Neverland until my freshmen year of high school when we adopted a six-year-old boy from Ethiopia. Again, another little brothers’ story reminded me of how unfair this world created by adults was to so many children who have no voice.  Yet, through the harsh realities of what my brother has witnessed in the first years of his life, his heart is more pure then anyone I know. He blows me away with his wisdom.

Wendy hesitated going to Neverland because she felt she needed to care for her brothers.  I was timid of the world outside the one that was safe too.  But then Neverland found me. And like in the movie, when Peter Pan sang to Wendy, “All it takes is faith and trust…” I stepped up to the windowsill and jumped, because if there is one thing my lost boys taught me, it is to never ever fear the unknown but instead step right into it.

Worried That You Don't Have That Loving Feeling?