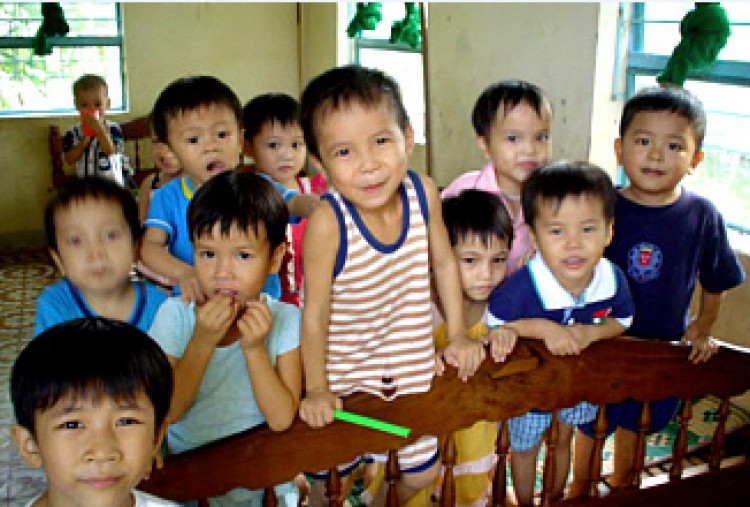 A notice posted on the US Department of State's website on June 16, 2014 states that adoptions from Vietnam to the United States may open as soon as the end of this year (2014).

Adoptions from Vietnam for Americans have been on hold since 2008 when the Memorandum of Understanding between Vietnam and the United States expired. The Government of Vietnam has taken serious measures in reforming its policies and procedures on adoption  to meet the requirements of Hague Convention. On November 1, 2011, Vietnam ratified with the Hague Convention, and it went into force in Vietnam starting on February 1, 2012. This is a good sign that adoptions from Vietnam is on the right track to soon become available for American families.

A Smaller and Specialized Program (referred to by DOS as the"Special Adoption Program") adoption program is planned. Vietnam will first choose three Adoption Service Providers (ASPs) who will be the only adoption agencies allowed to work with families wishing to adopt from Vietnam. Though there have been rumours of who those ASPs may be, both DOS and the Ministry of Justice in Vietnam claim that no selections have been made. It is anticipated that the three ASPs will be announced by the end of 2014, and at that time families may enter into the adoption process.

Since the Hague Convention on Protection of Children and Co-Operation in Respect of Intercountry Adoption (Convention) entered into force for Vietnam on February 1, 2012, the Government of Vietnam has taken a number of steps to improve its implementation of the Convention, particularly in adoptions of children with special needs and for older children and biological sibling groups needing permanent families. For this reason, the initial adoption program of Vietnam will focus on the placement of children who are above the age of 5 years, or in a biological sibling group, or have a documented medical special need.

Families Wishing to Adopt from Vietnam

At this time, prospective adoptive parents and adoption service providers should not initiate, seek to initiate, or claim to initiate adoption programs or cases in Vietnam until the Department of State announces the effective date of Vietnam's authorization of U.S. ASPs and the effective date of the commencement of the Special Adoption Program. To keep updated on the opening of the Vietnam Adoption Program, we recommend that families subscribe to the RainbowKids e-newsletter or join our community on Facebook or Twitter.

Family Qualifications and Travel to Adopt from Vietnam

There are no specifics about the process at this time. The amount of time required to be spent in-country when adopting is entirely decided by the placing-country. In this case, Vietnam. Many families do not understand that ASPs do not have input or control over that part of the adoption process. It is now recognized by all placing countries that in-country bonding time is essential for success adoptions. Though this may tax adoptive families, it should be noted that adoption is a child-focused endeavor. Children who have been institutionalized, traumatized, or suffered in other ways must have their needs considered before all else. It has been demonstrated that children who are given adaquate preparation for adoption, in-country time to bond, transition, and accept the changes happening in their life, will have better outcomes after adoption. Knowing that, families should be preparred to travel for several weeks.

Adopting a Child from Poland