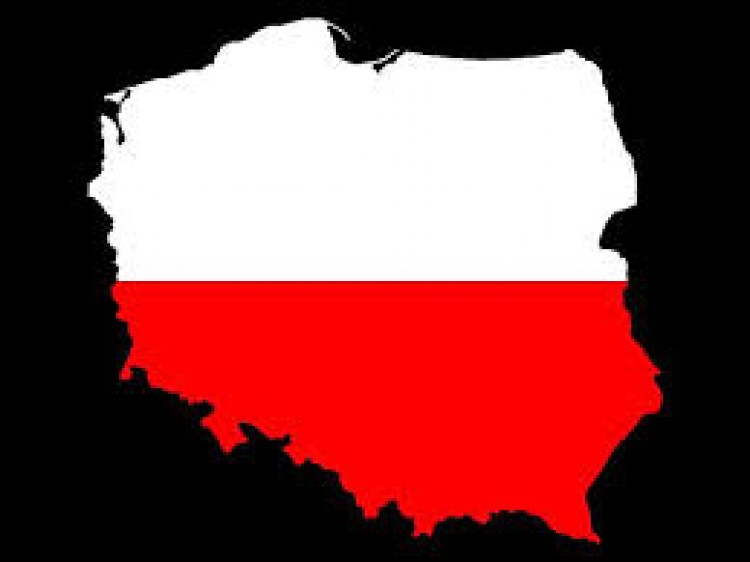 There is something about that moment. Talk to any adoptive parent and they will become briefly lost in the memory, recalling that moment. Their moment. That breath in time when a handful of heartbeats separates them from gazing into the eyes of their child for the very first time.

Jason, a Saint Mary International Adoptions parent recalls his moment, when he journeyed with his wife to Poland to adopt their daughter. "Tears welled up in my and my wife's eyes as we took in the wonderful reality that she would be our new daughter.  We all played together in the playroom for about 30 minutes and then she had to get ready for bed.  It was such a wonderful blessing to have finally met the precious little girl that we had waited so long to meet."

A member of the European Union, Poland is a proud country with beautiful landscapes and a rich culture. As a country it has contributed to celebrated chapters of the worlds history but has also been the unfortunate setting to some of our darkest moments in recent history. Out of a population of nearly forty million, 29% between the ages of 15-24 are unemployed. Nick Ratchev, Operations Manager for Saint Mary International Adoptions credits the high level of unemployment as one of the main reasons children are in orphanages. "Poverty is one of the primary reasons why people are placing their children for adoption (in Poland)."

It is estimated that Poland has as many as 80,000 orphans. 90% are social orphans, meaning they have been removed from their parental home because of poverty, unemployment, neglect, abuse, or loss of parental rights. Children receive above average care in relation to other orphanages across Central and Eastern Europe. One estimate gives the relatively low ratio of caregiver to children as 1:12.

"The care provided for the children in the orphanages is excellent," Ratchev points out as one reason why adoptions from Poland stand out. There are children in the foster care system as well. This system is under the supervision of the Central Authority, a government-run agency that provides for the protection of Poland's vulnerable children.

In general, younger children with mild to moderate special needs as well as sibling groups and healthy children above the age of 8 years old are available for adoption.

"Different people tend to have different definitions and understanding of what is to be included and/or excluded from the special needs definition." Ratchev explains. "In addition, even if it is clearly defined in one culture, it doesn't mean that it is defined the same way in another culture."

Nina Thompson, Case Manager for Eastern Europe and India at Children's House International adoption agency shared, "Poland has a domestic adoption program with long waits for healthy babies and toddlers." Thompson added that when she speaks to prospective parents looking into adopting from Poland, "We are always searching for families open to a large sibling group (3 or more children) or a child with special needs."

Poland is a Hague Country and upon Hague Laws for protection of the children the Central Authority reviews the parent's dossier and matches a family with a child/children. Within this agency there are three adoption centers or adoptive authorities. A Qualification Board attached to each center looks over the adoptive parents' documents and makes the qualification of these parents and matches a child from among the children qualified for adoption.

Both adoptive parents are required to be present for two hearings in Poland. The first hearing follows the ?First Contact' meeting with the child where the parents will meet the child in his or her care environment. The hearing takes place within days of the initial meeting and a judge will set a trial/waiting period (usually 2 weeks). During this period the parents stay at a hotel or apartment and, if they choose, may have the child stay with them.

A second hearing comes at the end of this period. The parents are asked about their final decision regarding the adoption. If the parents indicate that they wish to move forward with the adoption of the child, the adoption becames legal during this court hearing. A legal Appeal Period (14-21days depending on the judges decision) commences after the decree. At this time the family may move to Warsaw for the rest of the process and one parent may return to the United States.

"That extended period created a bubble of sorts during which we could get to know, bond and enjoy getting to know each other." Cathy-adoptive parent

Cathy, adoptive parent from Children's House International describes her stay in Poland during the process, "Before the adoption, I had looked at seven weeks away from home in another country as a negative. I didn't want to leave my other children that long, and wished it was much shorter. Now, looking back, I am glad I had seven weeks alone with our son. Although my husband only stayed in country 2 ½ weeks, he also is glad he had that time in country. That extended period created a bubble of sorts during which we could get to know, bond and enjoy getting to know each other. That bubble allowed us to forget outside problems in life, and focus on each other. For seven weeks we were able to experience the beauty of Poland, get to know the ways of the Polish people, eat some amazing food, and allow our son to get to know us before traveling to a new, completely different land. We left Poland with much respect for the country, the people and their traditions. Best of all, by the time we left Poland; Kuba was completely and totally ready for his new life in the US."

One of the best way to understand the Poland adoption process and determine if this country is the direction you want to take on your adoption journey is to read the Family Stories linked to this article.

Qualifications for parents to adopt from Poland include:

There are several agencies in the United States that advocate for orphans in Poland. As with all major decisions in life it is highly recommended to do a thorough research on each agency to see which one is the right fit for you. Contact All Agencies with Adoption Programs in Poland now. Read our Country Guide - Poland area for more information on adopting a child from Poland.

Family Stories on Adopting from Poland: