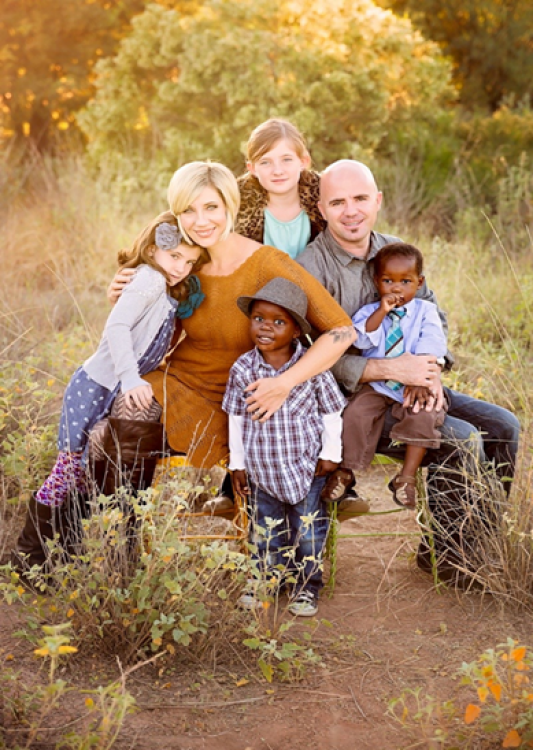 We started the adoption process 3 years ago, in June. Our boys have been home for 10 months.

For the past 10 months, I would say the most consistent question people ask, after "How are the boys doing?" is "And how are your girls?"

My girls would even tell you they were great. The boys were great. Family life was great. Yep, everything was juuuuuuust great.

We gave them as much attention as we could. We took them on date nights and let them stay up past their bedtimes to spend more time with us. I KNEW that this was God’s plan for our family. I KNEW that He loves my kids even more than I do. I KNEW that following God’s will and trying to emulate Him the best we can is the best way to show our kids His glory and love. I KNEW that "He who began a good work would be faithful to complete it." (Phil 1:6)
I knew all these things and when I kept my eyes focused only on the Lord, I had faith. But, then, there were the moments….the moments of extreme hardness. The moments that I let myself settle into the hardness and become overcome by it all. The moments that I took my focus off of Him and let the fear and anxiety and guilt take over. The moments that I gave in and let my mind run amok with the questions…"Was this a terrible idea?" "Is this damaging my girls?" "Did we just ruin their easy, ‘perfect’ lives?" "Was this the best decision for THEM?" "Are they going to be OK? I knew these thoughts were not from the Lord and when I refocused my thoughts on Him, I would know how completely wrong those thoughts were. But the thoughts were always still there…buried deep, nagging, lingering, waiting for me to let them out. WERE my girls going to be ok?

And then…my 10-year old had to write a persuasive speech for school. It was a competition. Each class would choose a winner and the winners would compete in front of all the 5-8th graders, the teachers, parents and a panel of judges. She chose, “Think about adoption.” She wrote the whole thing on her own, with no help from us and a tiny input from her teacher. She was a nervous wreck before she presented it to her class. We talked about it and prayed about it. She overcame her fear and presented to her class. She was chosen as the winner of her class and told she would compete against the other winners the following week. And then she really got nervous. The night before the competition, my husband told her, "You know, it’s okay if you don’t win." She said, "I know. I’ve been thinking about it. It’s not about winning anymore. I’ve got something important to say and this is my chance to say it to everyone." The day of the speech came. My husband and I went to watch her. And something spectacular happened. The Spirit spoke through her that day. She spoke with such ease and wisdom and truth and conviction. When she finished, I was in tears. My husband was in tears. Parents around me were in tears. It was silent in the cafeteria. And it was then that I knew. Adoption hadn’t ruined her life. It had transformed it. Adoption had allowed the Lord to work in her little life in ways He couldn’t have before. In that moment, she had become a spokesperson, an advocate, a defender of the orphan! And in that moment, I realized, my kids were gonna be more than okay…they were gonna be great!


America World is committed to helping America's families and the world's orphans experience the love of God in Jesus through the "Adopted by Design" message.

We are a Christian adoption agency that values the right of every child to have a family and believes adoption is a God-ordained way to build a family. America World is also devoted to actively supporting orphan awareness ministries and hopes to spread the Adopted by Design message within the Christian community.

As an international adoption agency, we offer services that are both personal and dependable. Our Family Coordinators are trained to handle every detail of your adoption process and will begin to work with you from the moment your application is approved.

Your Family Coordinator works closely with you throughout the entire adoption process and is sensitive to the needs of both you and your child. They will be by your side, as your main point of contact, throughout your adoption process.

We believe that nothing happens by accident, and if you decide to adopt through America World we are confident that God will place just the right child (or children) in your home.