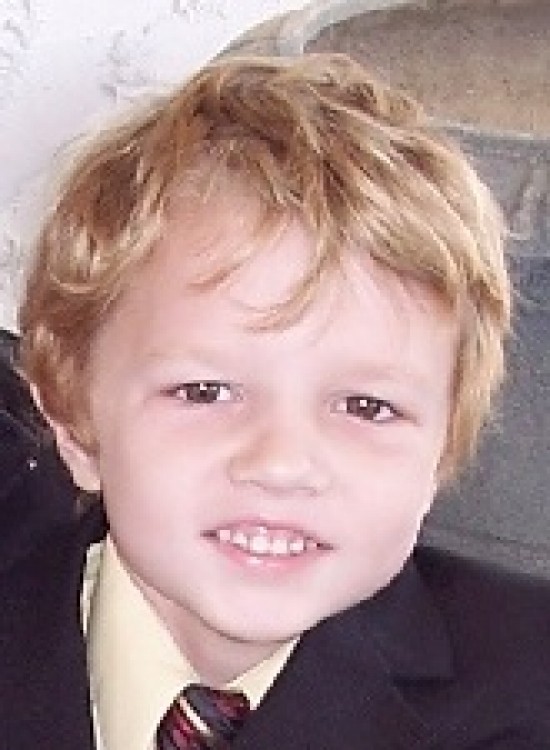 When my husband and I decided to add to our family again through adoption, we knew it would be a child with special needs. Having parented children with special needs, we knew, or at least thought we knew, what type of child would be perfect for our family. How foolish we were! We had decided that, for our particular family, it would be difficult to parent a child with Cerebral Palsy (CP) and we did not want to adopt a child who was blind. There were a few other things on our list but those two stood out to us as what we did not think we could handle and so were on the top of our "No Way" list. Our logic was that there were several members of our household who have Osteogenesis Imperfecta, or Brittle Bones, and that a child with CP would be wobbly, while a blind child might run into people or things; someone might get hurt.

Well, obviously, there was a bigger picture, because along came our amazing son: Austin. Austin had had a couple of strokes before he was born. These strokes had left him missing his left temporal and occipital lobes. We were told he probably wouldn't walk without a walker or crutches and he probably would never talk. How could we say no? How could we let this baby boy down? He needed a family. Of course we said YES. We figured that because our house was ramped, he would probably manage okay and what better family to be in than one composed of others with challenges. He would never feel different in our home. So, cross CP off the No Way list.

What we weren't told by the doctors was that Austin was also legally blind. Okay, so now two of the top No Ways on our list were now a reality. And, you know what.we wouldn't change a thing. Austin is a joy to be around and always lights up a room with his smile.

Austin was born this way, so he has learned to adapt and does an amazing job. Austin started walking independently when he was three years old although it isn't easy for him. He has a small wheelchair for distances. When he walks he wildly swings his arms and we all duck. He hasn't broken anything yet! He wears braces on his lower legs. He gets Botox injections to help him walk better. We get asked all the time if we are sure Austin is blind. That question always amazes us because why would anyone make that up? We usually just reply, "yes" and then they say, "But he doesn't look blind!" So what is a person who is blind supposed to look like? What is a person with CP supposed to look like? Act like? Be like to live with?

The truth is Austin is just like any other six year old. He is a loving, caring child who adores animals, sports, cars, and trains. He loves Underdog and our family beagle, Bailey. He loves to give hugs and kisses, laugh, scream, and be ornery. Most of all, Austin is just a little boy.

Children with CP can have a normal IQ. Never assume they don't! Austin is very smart and is at grade level in a regular kindergarten class at a public school. He can't read well because of his vision, but he is learning braille. He knows all his letters and numbers, shapes, colors, and sizes of money. He can add and subtract. He can't write well, but he is learning to use a computer. Austin always amazes us with his intelligence, and frankly, he is smarter than most people! Sure, he has a speech delay because he was born missing the entire speech part of the brain. He didn't start talking at all until he was four years old. Now he talks all the time and his speech is very clear. For example, "That is my truck, go away!" "I don't want to go to bed." "Do I have to get a bath?" And most of all: "Mom, tell Steven to leave me alone!" He sounds just like any six year old with an older brother who is an expert at tormenting his younger siblings.

Of course we have our challenges, and there are days when it isn't easy. But mostly those days are because we have to deal with a place that isn't accessible or some person that doesn't understand. But, when you see Austin, as a volunteer for Cascade Beagle Rescue, working with an afraid and previously abused beagle, teaching that dog to love and be loved, there is no doubt that despite his challenges, Austin is wiser than us all. And he is so proud that our last foster dog, Charlie, was able to be placed with a disabled man as a service dog. He took a small frightened little dog, and helped to teach him patience and confidence. At the same time, Austin teaches us all to open our hearts and homes to children who you may never have thought would be your "idea"child.

What did we really know when we first decided to add to our family again through adoption? Not as much as Austin !

Sandy Roberts is the mother of four, who encourages others to adopt special needs children. To learn more about Special Needs Adoption, please visit: Kids To Adopt, a licensed child placement agency that specializes in finding families for children just like Austin!