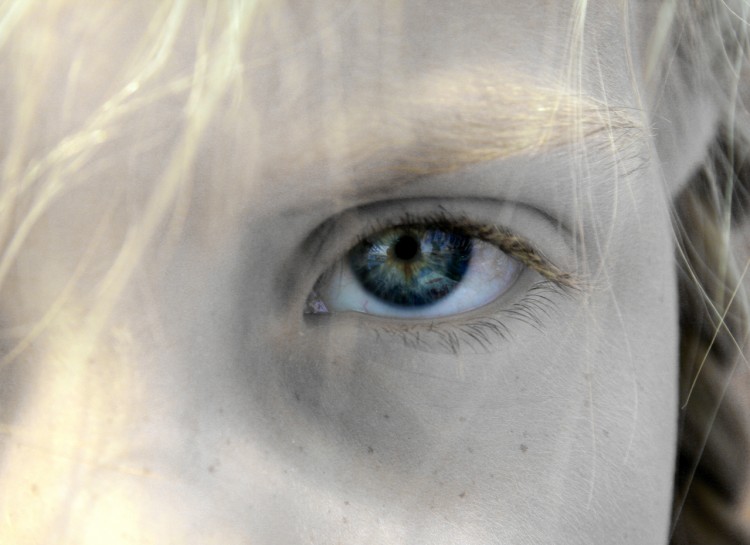 Foster Care Alumni of America, a national organization of former foster children and their allies, has a Postcard Project, designed to share the unique Culture of Foster Care.

One of the entries in this ongoing project shows a little girl in a war-torn country.

The caption says: "They said I had an attachment disorder. Really, I had a life disorder. I attached accordingly."

I think of this postcard each time I read or hear of young people whose behavior is pathologized and/or medicated, simply because it has been taken out of context.

This topic came to mind while I watched a Leslie Stahl interview titled: Lost and Found. The topic was reuniting foster foster children with their biological families.

As a former foster child, I watched the series of interviews with mixed emotions. The more I watched, the more I began to feel deep concern for the children being interviewed. There can be a thin line between news reporting and exploitation.

I call this 'the Drew Barrymore' syndrome. Most adults learn to define the boundaries of their levels of self-disclosure. But young people are more transparent - and that transparency can make them vulnerable.

Are there any incidents from your life as a teenager that you would not like for strangers to watch on TV?

The first teenager to be interviewed was 13-year-old Samara, who had been in foster care for her entire life, and felt depressed (wouldn't you?) Every holiday that went by that she didn't have a family to spend with was painful for her.

Samara has recently been reunited with her mother through "Family Finding." They showed a clip of Samara and her mother on Oprah. The mother had a look of joy and rebirth on her face. Why not? She had been given grace; an unexpected gift, a lovely young daughter, a second chance.

But Samara's face was clouded by skepticism. Understandably. Over the years of spending holidays alone, of not having a mother around her, Samara has taught herself not to cry, not be vulnerable.

As the clip from Oprah is shown onscreen, Leslie Stahl comments on the fact that Samara seems to be finding it hard to look at her mother, how she keeps looking away. Stahl attributes it to Samara's "mental problems."

Mental problems? Not necessarily. Too often teens-in-care are pathologized by the "professionals" in their lives.

Try this: Have you ever found it difficult to look at someone whose actions have hurt you? Can it be hard to trust someone who has let you down?

Rather than labeling Samara as a troubled young teenager, I see her as a person of strength and courage. This is a bittersweet reunion, which came many years too late.

Samara has made the choice to forgive her mother, and their reconciliation will be not be one single event, but a process of getting to know one another again and building trust.

Life is not a Hallmark movie. The credits have not yet rolled. Samara is 13 years old and it troubles me that for the first 13 years of her life she was given drugs and labels, when what she really needed was a family and love.

On to the next two teenagers in this interview, siblings Beverly and Melvin. They were reunited with their father -- only to discover that he was an alcoholic, their mother had died from a drug overdose and that their father has a total of 10 children, none of whom he has cared for.

In their interview with Leslie Stahl, Melvin began to label himself as "defiant" because of his reluctance to build a relationship with his long-estranged father. But the look on his face, and that of his sister, was not one of defiance. It was disappointment.

Imagine if you had built up hopes about your long-lost father. How he would come back into your life with a reason for being gone for so long. He was... abducted by aliens... in the Secret Service... stranded on a desert island.

When dreams die, we feel sadness and anger. We feel disappointment. That is the natural reaction to facing the rift between what is ideal and what is reality. Teenagers are idealists; they want adults to display perfection. It is hard to face our frailty, our humanity.

Melvin listened to his father's promises to "be there for them always" with an impassive expression on his face. That's not mental illness. It's emotional survival. There is a very real possibility that their father will be unable to fulfill his promise to Melvin and his sister, and they will be left alone again.

Where does that leave us? Youth advocates and social workers who want to make a difference? The adoptive/foster parents who want to love and be loved by the children in our care? Even former foster kids like me, who sometimes face initial distrust from the teenagers that I reach out to because I have become a "grownup," and adults are not always trusted?

It leaves us with the reminder that human behavior is best understood within its context -- and that labels are no substitute for love.

Lisa Dickson is a former foster child and strong advocate for children currently in the foster care system.

More Than I Could Handle?