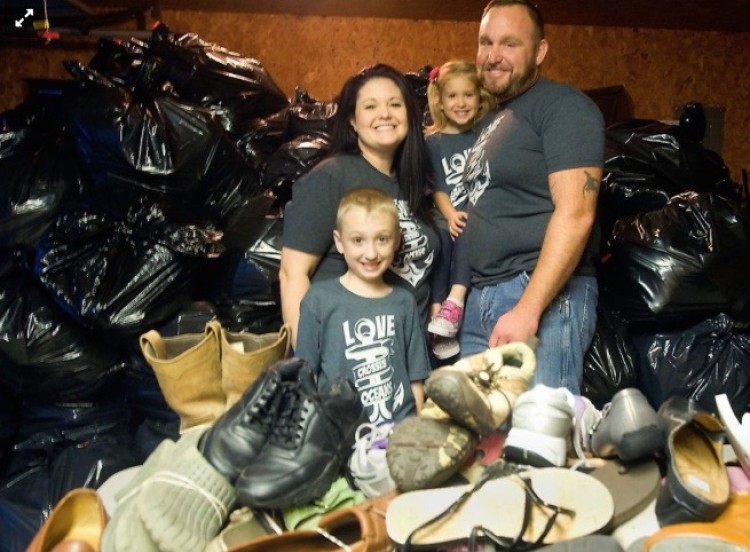 Now all Jason and Danelle Humphreys need to do is collect almost as many more to earn the final $4,000 or so they need to complete an adoption for a special-needs child from China.

The Humphreys have been collecting the shoes to resell to a charity that will pay them $.45 a pound for the load. That group, Angel Bins fundraisers, will then distribute the shoes to needy people in some underdeveloped countries.

Hemophilia is an inherited bleeding disorder in which the blood does not clot properly, a condition that can lead to spontaneous bleeding and bleeding after injuries and surgery, according to the Centers for Disease Control and Prevention. This disorder occurs in about one in 5,000 males births; there are about 20,000 males in the United States living with the disorder.

The Humphreys saw a picture of Maxen on a Facebook page dedicated to families of hemophiliacs. The post noted that there were several children in China, available for adoption, who are living with such conditions as hemophilia. Maxen is not being treated for his condition, Danelle said.

"This isn’t something that we planned for," she said. "We just saw him, and we just felt led to bring him home, and we had to come up with all this money…because his condition and medical need is not something that can wait.”

That was this past January that the Humphreys saw Maxen; not quite 10 months later, they have the bulk of the money raised and could be flying to China within three weeks to finalize the adoption and bring Maxen home. Just in time for his eighth birthday, Nov. 26.

They estimated it would cost $38,000 for the trip to China, including a two-week stay, the finalizing of the adoption, proper documentation and other items.

The couple has already raised $27,423 toward its goal, from other fundraisers they have planned and donations from friends and associates. First Baptist Church of Murphysboro, which Danelle's grandmother attends, donated $6,671 after Danelle spoke at the church about her pursuit.

As soon as they have the 10,000 pairs of shoes, they can alert the agency, which will send a semi-tractor trailer truck out to pick them up.

The $.45 per pound the ministry will pay will help with the final funds, netting them about $4,500, Danelle said.

As soon as Maxen is here, his parents plan to take him for treatment to Cardinal Glennon Hospital, the same St. Louis hospital where their son Jaxon is being treated for hemophilia.

Maxen's adoption is being facilitated through Across The World Adoptions, which had its first medical-needs adoption of this type about five years ago, said Pamela Thomas, the organization's China Program Director.

She said she is looking at some bunk beds her organization had donated to an orphanage in China when she noticed a small lump move in the middle of a bed. A small face, attached to a small body, poked its head from under the covers and gave her a peace sign.

Thomas said the staff told her the boy had hemophilia and was not identified for adoption.

When she returned to the states, she said she could not stop thinking about the young boy.

"They were not aware that condition was so manageable, and even if they were aware and… the children were often pretty deteriorated," Thomas said. "So we’ve started what’s really a coalition of adoption families — me and some professionals in the hemophilia world — to help advocate for these children to help support families and educate them about (hemophilia)."

That "little lump" was named Luke and was eventually adopted by a family from Michigan. Now 11 or 12, he goes rock-climbing and is thriving with good nutrition, medication and a family.

“He was the first child that we were aware of and that we placed, and after that, we started looking for them," she said. "I love seeing the looks on the caregivers face when they tell me he has hemophilia, and they give me that long face, and I say that’s not a problem.”

"This kind of adoption is not just to place a child who needs a home, but it’s also life-saving — there’s also that element to it," Thomas said. "It’s not a good reason for a family to adopt a child, but a very nice grace point for the family who does decide to adopt the children with hemophilia." 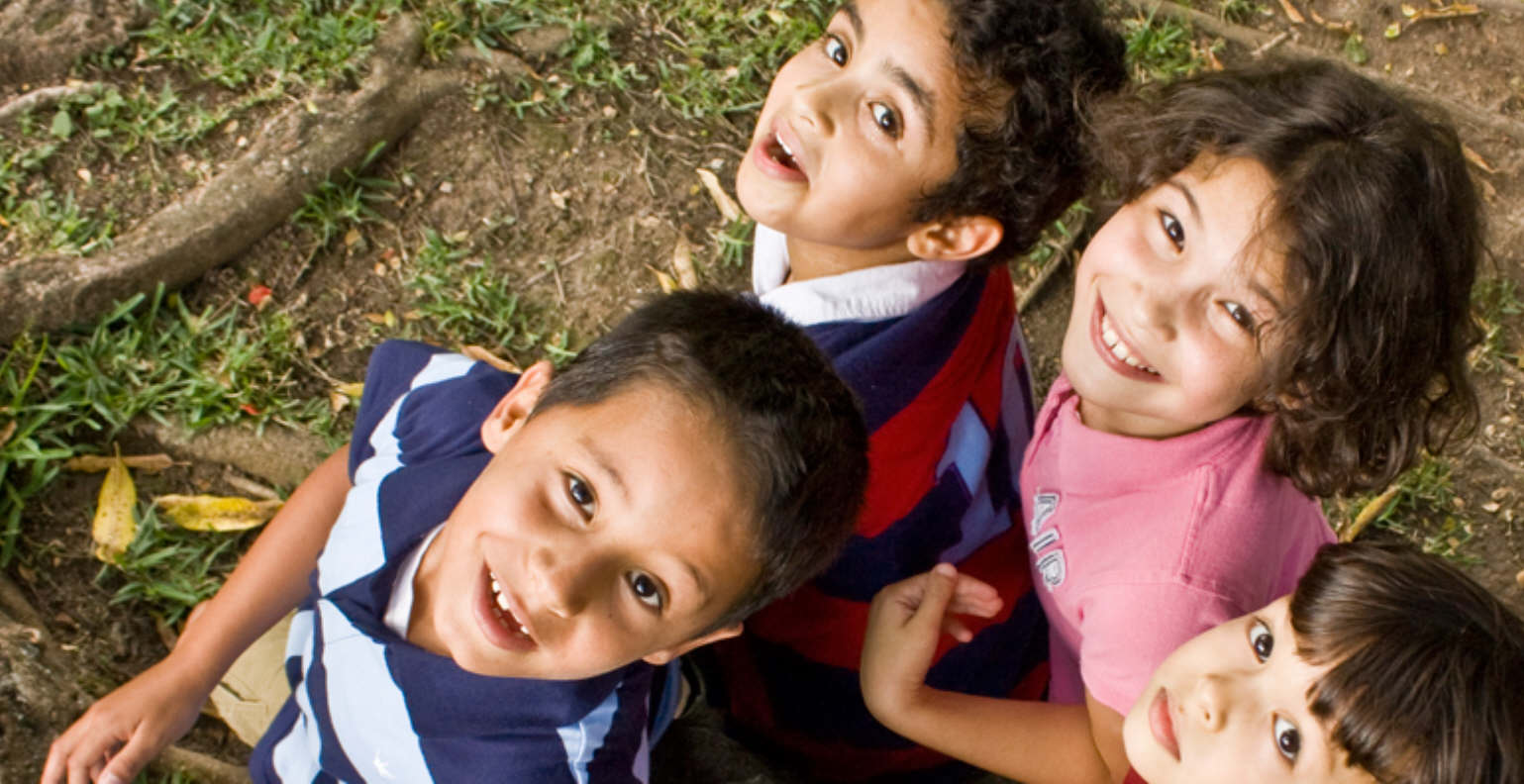 Across The World Adoptions


Every child across the world has the fundamental human right to a loving, permanent family.  Our mission is to create nurturing families through inter-country adoptions that serve the child’s best interests.  We are committed to the ethical provision of professional services that educate and support families throughout the cross-cultural adoption journey.  We endorse humanitarian efforts in the global community for the child who still waits for a family.

We offer international adoptions from China, Colombia, India, Japan, Kazakhstan, Kyrgyzstan, Latvia, Ukraine, Liberia and  Mexico for residents of any state and are able to assist California residents with home study services.