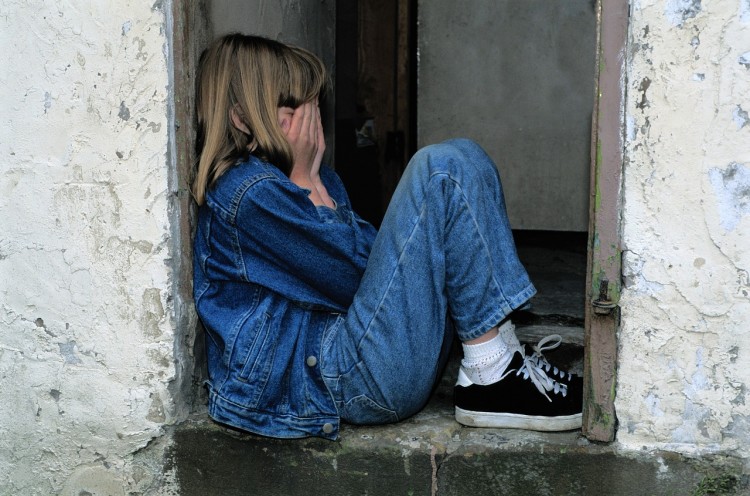 Why do some children adopted in infancy get into serious trouble (e.g., attempted suicide, sexual promiscuity, drug abuse, or criminal arrests) as teenagers? Nancy Verrier presented a possible explanation. According to her books, a primal wound develops when a baby and his mother are separated by adoption shortly after childbirth. Severing their connection, which began in the uterus, causes this wound. Allegedly, the wound often manifests itself in adoptees in depression, anxiety, mistrust, abandonment and loss issues, behavioral problems, emotional problems, and difficulties in relationships with significant others.

Proponents of this theory view the separation from the birth-mother as the fundamental cause of the depression, anxiety, etc. For example, in writings concerning the separation, Ms. Verrier uses the terminology “the one ‘fatal’ decision,” “life-threatening event,” “dynamics that were set in motion at relinquishment,” “result of prolonged separation from the mother,” “[a]ll of these symptoms . . . can be traced back to the primal wound,” “[t]he wound affects adoptees all their lives,” “life-long consequences,” “the ultimate loss,” and “the most devastating loss in the world.” In her view, the “experience of relinquishment has been the most difficult thing a baby can endure.”

Except for the forming of the child-mother bond, the primal wound theory gives little weight to the intrauterine life of the adopted baby.

Was the newborn, despite months in the womb, basically a blank slate - and therefore fine - until getting badly scarred by the parting from his mother?

I am qualified to address this question (and its answer is no).

First, as an attorney, I often dealt with causation (the “but for” event). Second, I am a volunteer in the neonatal and pediatric wards of a major hospital. Since the late 1980s, I have spent time one-on-one with hundreds of babies and toddlers, including many premature infants who should still have been in utero. Third, I learned and wrote a lot about adoptees over the years. I am an adoptive mother and adoptive aunt, including to young adults from Asia, Latin America, and Russia, and my adoption-related articles have been published more than 50 times.

Prior generations believed that a pregnant woman should lead a peaceful life for the good of her unborn child. However, extramarital pregnancies are often highly stressful, as illustrated by the one case in which I became involved.

It concerned a lovely young woman from an immigrant Asian family. Her boyfriend, whom she loved, moved to California. She declined to accompany him because he was not offering marriage. Soon after, she met a man of a different race at a party. He turned out to be a drug dealer and an ex-convict who had spent time in prison for malicious wounding. After getting pregnant, the woman repeatedly asked him for money for an abortion. He deliberately strung her along until too late. For months she successfully hid her pregnancy from her parents, though she lived with them. In her culture, a daughter in her situation brings shame on the entire family. When she was eight months pregnant, her mother guessed. In the ensuing uproar, the young woman fled her home. She wanted an adoption agency I had used to find new parents for her child-to-be. The drug dealer, from whom she had separated, wanted his fourteen-year-old sister, who hated school, to drop out and rear his daughter in an apartment at his expense. Fans of the primal wound theory cannot blame any subsequent problems of this baby on the removal from the birth mother because there was no adoption. To stop the father from getting the girl, the mother kept her. The last I heard, both the woman and the infant had moved in with the California boyfriend, who was still not offering marriage.

According to the primal wound theory, a fetus bonds with its mother. Generally the woman also bonds with her fetus. Yet in most cases involving young, unmarried females, such as the case above, the pregnancy was traumatic. Often that period includes: (1) the mother’s denial to herself that she is pregnant; (2) then fear or dismay; (3) then her attempts to terminate the pregnancy (exercising feverishly, falling on her stomach, ingesting something meant to end the pregnancy, saving money for an abortion, or taking other steps toward killing the baby); (4) trying to conceal from family members and others the existence of her unborn child; (5) enduring the anger and disappointment of relatives after her pregnancy is revealed; (6) facing ridicule or scorn as news of her pregnancy spreads; (7) stressing about child-related financial problems; and (8) learning that her boyfriend cannot be trusted to stay faithful or marry her. That sounds like a hate-love relationship with the baby on the mother’s side and a depressing and anxiety-filled start for any youngster.

Birth mothers may deny ever contemplating abortion. Not all are telling the truth. The woman who hid her pregnancy for eight months told me around that time that she had never considered abortion. However, to others, before and after that time, she admitted to having repeatedly sought money from the drug dealer for that very purpose.

Some birth mothers have spoken of the love they directed to their child in the uterus before the adoption. If feelings and emotions get through to a fetus, it was exposed to and felt that love. However, it makes no sense that only love gets through. In many cases the child was also exposed in utero to the mother’s denial of his existence; the mother’s feelings of fear, shame, hurt, and betrayal; and the mother’s wishing him dead and trying to kill him.

Thus, a baby still in the womb could feel abandoned, unwanted, insecure, sad, angry, and unable to trust even his mother. Not surprisingly, too many teenagers who were adopted soon after birth feel the same way.

Skeptics may deny any link between the teenage feelings and the time in the uterus because those teens cannot consciously remember that time. However, neither can they consciously recall their infancy (including leaving the original mother). Thus, if the skeptics are right, the primal wound theory also falls.

Regardless, my volunteer work taught me that many infants in the neonatal ward, including “preemies” who should not yet have been born, already have a personality and a definite approach to life. These babies (such as the howler, the cheery one, the placid one, the stubborn one, and the withdrawn one) have their own usual way of dealing with the world. Furthermore, some women say they got a preview of what their offspring would be like from how it acted (e.g., constantly kicking) in the uterus.

Studies confirm that human beings can and do learn before birth. According to research, a baby at birth can recognize his mother’s voice, the theme song of a television show she watched frequently during pregnancy, a children’s rhyme she often recited while pregnant, etc. Clearly, fetuses learn from both good and bad experiences (e.g., soothing music versus loud noises). Also clearly, infants recall some things learned in the womb.

Furthermore, humans may, consciously or unconsciously, retain fetal memories past infancy. According to Nancy Verrier herself, evidence exists of people being able to remember, through hypnosis, attempted abortions.

Moreover, a growing body of research supports the view that too much stress on an expectant mother can, as our ancestors knew, have negative consequences for her fetus. (This is true even in cases where the child stays with his genetic mother, i.e., for a child with or without the primal wound.) Studies indicate that excessive maternal stress during pregnancy can have adverse effects - including physical, mental, emotional, and behavioral effects - on the child even years later. That stress can be linked to, among other conditions, depression, anxiety, behavioral problems, emotional problems, learning problems, and Attention Deficit Hyperactivity Disorder - conditions often found in adopted children. In other words, researchers relate to prenatal stress various conditions Ms. Verrier relates to the separation from the biological mother.

Indeed, various teenagers born to and kept by an unwed mother could pass for poster children for the primal wound. They suffer from depression, anxiety, behavioral problems, emotional problems, difficulties in relationships with significant others, etc. Yet, for these teens, the “but for” event causing the primal wound - relinquishment by the birth mother - never occurred!

In any event, getting pregnant young, unmarried, unable to support oneself, and semi-educated is a recipe for a drama-filled pregnancy. The primal wound theory provides some helpful insights. However, it predates much of the research on fetal learning and the dangers of a stressful pregnancy and is too simplistic.

As discussed above, a preemie who should still be in utero can already have a personality and his own approach to life, a fetus learns from good and bad experiences in the uterus, an infant has prenatal memories, and a traumatic pregnancy can adversely impact a child in the womb and for years afterward in physical and non-physical ways. In short, a newborn is by no means a blank slate. Pregnancy under traumatic circumstances can have negative effects on the child after birth, whether or not that child remains with his first mother (i.e., despite no primal wound).

Primal Wound or Basic Trauma?  We may never know, but families should be aware that every child, whether adopted or biologicial, brings their own joys and challenges.

Adoption Tax Credit: What You Need to Know