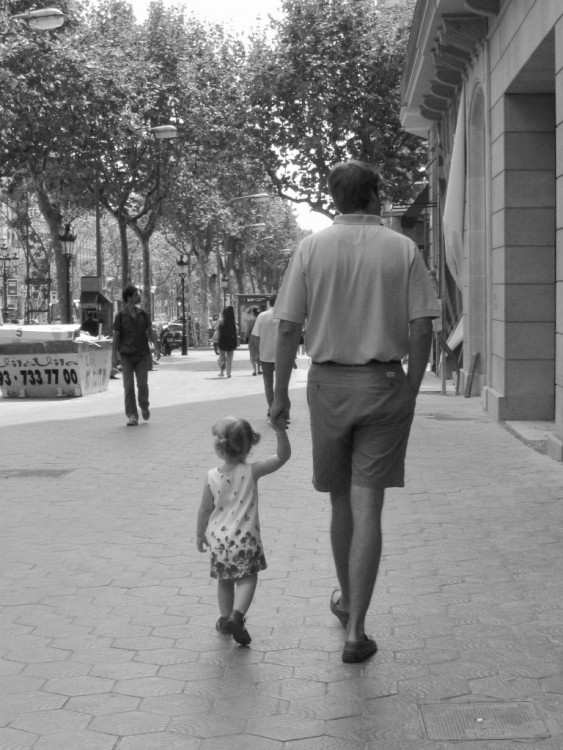 I was rushing to get the kids home in time for nap time. Owen, our two- year-old son, was already asleep in his car seat when all of a sudden Jack, our four-year-old son, exploded with emotion. Screaming at the top of his lungs, “Turn the car around! Go back!” I was, of course, completely taken by surprise; I had no idea what set him off. I took a deep breath, summoned all of my parenting skills, and I responded in the calmest voice I could muster, “You really want to turn around and go back?” As I pressed down on the accelerator in hopes of getting home and putting Owen down for the rest of his nap, I glanced in the rear view mirror and saw Owen in a peaceful slumber, totally unaffected by Jack as his limbs started flailing about. “I need that straw!”

“Oh man,” I thought to myself. I should have known Jack would want to take home that cool straw from Nancy’s place. With a mix of sympathy and empathy I said to him, “You really want to go get that straw?” Jack’s next response was louder, “You have to turn this car around right now!” We continued driving for a few minutes until I realized that he really was not going to calm down. I pulled the car over to the side of the road, and as other cars and trucks went whizzing by, I climbed into the back seat and squished myself in between Jack and Owen’s car seats.

Sitting there, I tried to imagine my own father climbing into the back seat to support my brother or me in the midst of an emotional tantrum. I realized in that moment that the role of being a father is quite different today than it was for my parents, especially if one is trying to integrate spiritual practices into fathering. So many things have changed over the course of a generation. Gender expectations have been broken down, there are an abundance of parenting theories and approaches, bookstore shelves are overflowing with information that will solve every parenting challenge imaginable. (And I won’t even mention all the contradictions that exist). Then there are all the other more widely accepted resources like child therapists and parenting coaches. At one point, when I’d reached my wits’ end, I hired a sleep coach to support my family as we waded through making good decisions amidst our sleep-deprived home. Yes, fatherhood has definitely evolved.

Pointing to the front seat, Jack yelled, “You get up there and turn this car around!” I sat there, feeling pretty good that I was able to stay centered, calmly repeated phrases like, “You really want that straw?” and “You are really upset!” or “This is really hard work!” Personally, I try to align myself with Patty Wipfler’s principles (from Hand- in-Hand Parenting). She says that when a child is emotional, they cannot think clearly. “Broken thinking” is the term she uses. Until they are able to express their emotions, there will not be an ounce of reasoning with a child. The goal is to allow them to release their emotions so they can once again regain their thinking capabilities. So there I sat, with cars zooming by, Owen asleep on one side of me and Jack in full-blown temper tantrum mode on the other, trying to find the resolve.

Three hours later (really only ten minutes) something magical happened. Jack got very quiet and thoughtful. He looked at me with big tears in his eyes, and he said, “Daddy, I have been crying for a long time, you need to hold me!” My heart melted. I unstrapped him from his car seat and he climbed into my lap and buried his head in my shoulder. I felt his whole body collapse into my arms.

These are the very moments that remind me just how grateful I am that my wife and I stopped waiting to have kids. Feeling my son’s head buried in my shoulder just confirmed every notion that we did make the right choice not only for us, but for our two boys as well. I used to believe that in order to be a great father, I needed to “have it all together.” I really believed that I could only start a family once I had the perfect job, the perfect financial situation, the perfect house, the perfect “whatever” that would make me into a great dad. Now I realize that I was trying to be perfect, and I understand now that there is no such thing as perfection when it comes to parenting. I can clearly see all those things have little to do with greatness in my child’s eyes and heart.

Before Jack, I used to have these obsessive thoughts running through my head. I couldn’t stop them and to be honest, I didn’t really want them to stop. There was this deep desire for Jack to be able to be himself and have the freedom to know and fully express his deepest desires in life. I had no idea how to create a life for him that would be free of the contamination of what I or his mother, or society wanted him to become. I worried over his ability to have an authentic life. Then it hit me like a brick wall. I remembered a friend once saying, “Children learn one of three ways. The first way is by example, the second way is by example and the third way is by example.” As a modern dad attempting to put my spiritual practices into action, I realized that all I had to do was live my life authentically and in turn, I would enable my kids to do the same.

Back in the car, Jack pulled his head out of my shoulder for a moment and looked at me with his tired, droopy eyes. Here was my cue for problem solving. Now that he’d expressed his emotions, he would be more able to think and reason. “I have an idea,” I said. “Do you want to hear it?” He nodded yes. I offered to call mommy who was still at Nancy’s and see if she could bring home the straw. “Yes, call her,” he said. So we phoned mommy up, asked her if she could deliver the object of desire. “Ok? OK! Mommy is bringing the straw home!,” he said as he climbed back into his car seat.

And that was it. Everything was totally fine again. The world was back in order. I crawled my way back to the front seat and drove us on home. I felt full of love, full of compassion, full of empathy, full of joy and I was satisfied with my ability to have let my son go through that tantrum—and yet compassionately help him find his way out. I chuckled to myself and wondered if I could love myself as much as I did Jack the next time I had a “bad” parenting moment. I guess in many ways I am fathering myself as much as I am fathering Jack. We really do walk this path together.

"Are You My Mother?" How I Handled the Adoption Question That Scares Me Most