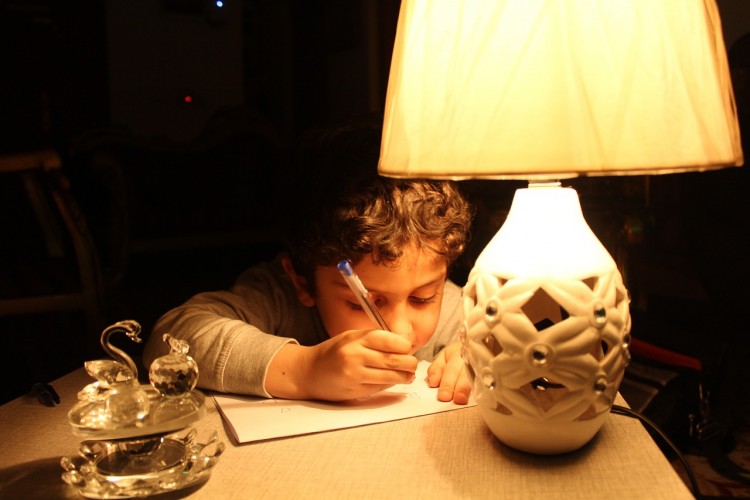 Many influences contribute to a child’s development and behavior, including genetics and the environment, both during pregnancy and following birth. In the general population, 15% to 20% of all children will display some type of developmental and/or behavioral issue.

Most of those children have mild difficulties regarding, for example, attention, language or reading. Certain situations can increase a child’s risk for developmental and behavioral problems. Malnutrition, neglect, and abuse, for instance, can all incur long-lasting effects. For these reasons, children who are raised in privation (such as in poor foster care, orphanages, or neglectful primary care) suffer increased risk for a variety of developmental and behavioral issues, particularly if they have lived in an adverse environment during the first 3 years of life. Specific medical histories also increase the possibility of developmental/behavioral problems: premature birth, low birth weight, prenatal alcohol exposure, and family genetic disorder.

Review of the group data for children adopted internationally from orphanages shows that a majority initially demonstrate some significant developmental delays or concerning behaviors. The delays can affect cognitive, language, gross and fine motor, personal and social skills. Studies of children adopted from overseas orphanages revealed developmental delays in 50% to 90% at initial evaluation, with a significant proportion showing delays in multiple areas (commonly, language and motor skills). Children who lived in orphanages longer, and who had medical problems, exhibited a greater degree of delay. It is important to remember that many children demonstrate normal development. One study, of Romanian adopted children, indicated that although at initial evaluation, 55% had abnormal behaviors (self-stimulation, poor eye contact, abnormal activity level), the figure dropped to 36% one year after arrival. Although their early delays may be considerable, children demonstrate remarkable "catch-up" rates when given the appropriate support. Over time, children who present with a variety of milder and manageable difficulties benefit from a range of short- or long-term interventions, such as speech/language therapy, occupational therapy, strategies to help focus attention, and extra help in school.

Studies that have followed Romanian adoptees from the time of arrival through school age have produced findings that are not unique to their country of origin. The research shows that children typically make rapid gains shortly after joining their adoptive families and continue to make progress, but at a slower rate and with possible minor difficulties, through school years. After their initial adjustment, some resilient children catch up entirely, with no evidence of impact from their early experiences.

Alternately, some others continue to experience mild difficulties, and parents will need to provide support. A smaller percentage may have significant ongoing issues that require considerable supportive services. Up to 50% of the children who initially demonstrated delays between 1 and 4 years of age had progressed to the average developmental range by preschool entry. The children who showed no significant developmental gains were those diagnosed at the initial assessment with a serious medical condition or severe delay. In the Romanian studies, evaluations made 10 years after adoption generally indicate that lengthy stays in an orphanage were likely to produce long-lasting, mostly mild developmental delays. Specifically, the children who had spent more than two years in an orphanage sustained a range of intellectual deficits resulting in poor school performance, including grade retention.

Children adopted at younger than four months scored in the average range and were developmentally comparable to children raised in their biologic families. Despite their difficulties, as a group, the children felt positive about their academic abilities and were reported by others to be well liked by peers. The gains made by these children speak to the resiliency of the young child, but also demonstrate the long-term impact of early experiences. A study of children adopted in the Netherlands, from a variety of countries, looked at long-term behavioral and mental health issues. Parents reported that their children were generally functioning quite well at 10 to 15 years of age. Children who were older at the time of adoption, who had experienced abuse or neglect, and who had multiple caregiver environments were more likely to have problems. There was a 28% prevalence rate of psychiatric disorder at 14 years old compared to 21% in the general population. The most common problems included conduct disorder, antisocial behavior, poor relationships, and affective disorders.

Predicting the specific outcome for an individual child is impossible, but being aware of the challenges he or she faces, based on background, is of the utmost importance. We do know that certain medical diagnoses (e.g., microcephaly/small head size), growth delay, longer times in foster care or orphanages, and/or multiple placements increase the likelihood for more significant delays and ongoing difficulties, even though they may be mild in nature. Parents who are informed advocates for their child are able to provide appropriate supportive services. These help a child to achieve his or her full potential. Despite the fact that many adopted children experience ongoing issues that require assistance, encouragingly, their parents usually report a positive experience and pride in their many accomplishments.