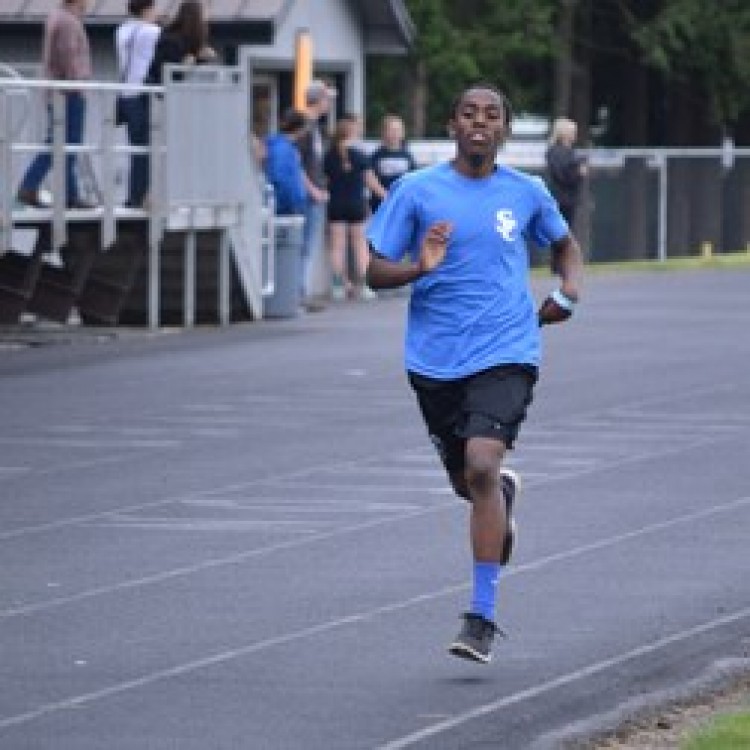 A 12-year-old boy adopted from Ethiopia was quick to learn the difference a family makes.

Haile (pronounced “Hi-lay”) is a natural-born runner. He was 12 years old when he ran in a school-sponsored race through a Christmas tree farm. With no prior training or conditioning, he took off at the start with both speed and endurance, and he finished well ahead of the pack. That was the first his mother realized he had a special gift.

Three years ago, Haile and his sister, Bethlehem, lived a very different life in Ethiopia. Both of their parents had died, their mother just a year before, and their 16-year-old stepsister was left to provide care as best she could. Their survival was day-to-day; they could hardly imagine a future of any sort. What a difference a family makes.

Amber and her husband, Adam, were parents to five biological children as well as a baby daughter, Seble, adopted from Ethiopia. Their visit to the country to bring her home opened their eyes and hearts to the orphaned children there and their great need for families.

“There’s no way to know what the poverty is like until you go,” Amber said, referring not only to the children in the orphanages but also the children they saw on the streets. “We thought we were done building our family; but once we saw the need, we came back changed. We had a big enough house, enough food to share, and enough love to give. Why couldn’t we adopt again and keep siblings together?”

Amber began looking at waiting children websites and found Haile and Bethlehem around Christmastime in 2011, when they were 12 and 6 years old. She was taken with their happy smiles, but she wondered how they would manage with eight children and with no money saved because of the previous year’s adoption. She prayed, “If this is what You want for us, please open the doors or else shut them, because we might be crazy.”

God more than answered Amber’s prayer. The fingerprints that were supposed to take 4–8 weeks came back in 10 days. People began bringing money to their home. They held a giant yard sale that raised several thousand dollars. When Amber and Adam had 48 hours to come up with another $8,000, they approached their small church family and asked them to pray. The church elders, who had known them just two months, surprised them by volunteering the funds.

“We have this money set aside that we didn’t know what to do with, and now we know,” they said. “It was meant for you.”

Amber and Adam brought Haile and Bethlehem home in late July 2012. Six weeks later, with every part of their lives brand new, they started school. The school was small with an English as a Learned Language program and a lot of support for two children who were grieving their mother, missing their sister, adjusting to a new culture, and gradually learning English. This school is where Amber first saw Haile run.

After some impressive 5K finishes, friends began suggesting that Amber get in touch with the high school track coach. She followed through, skeptical that he’d be interested in working with a 7th grader. She thought he was simply being kind when he invited Haile to come to summer practices and run with his high school students.

The training Haile received that summer was helpful as he joined the junior high cross country team. He continues to receive additional one-on-one coaching on the 800, 1500, and 4x4 relay from his dad and grandfather who both ran and coached football and track. They, of course, love the time they spend with Haile developing his talents.

At 15, Haile is running on pace with high school seniors. With his national ranking, the coach has prepared his family for the NCAA scouting that will likely begin this fall when he is running high school cross country and track.

“It’s so pretty to watch him run,” Amber said. “He laughs when I say that, but he has a perfect natural stride. We remind Haile that his talent is a gift from God. There are times when I watch him run and I think, ‘I wish his mother could see him.’”

Quick to Say Thanks

Amber often thinks of the orphaned children she saw on the streets in Ethiopia and wonders if that’s where Haile and Bethlehem would be without a family—with no future and no one nurturing their God-given talents and potential. When the family first arrived home and was going through the hard work of adjustment, their pastor’s wife reminded Amber to “let go of the outcomes and simply let God write the story.”

“We hadn’t planned to adopt older children,” Amber said, “but when God puts that call on your heart, you have to say yes. It’s scary and challenging, but it’s rewarding to see what God has done in their lives and in ours. We’ve watched God move mountains—it’s obvious He’s been in this from the beginning. Adam and I pray that all of our children will come to know Him and use their talents to glorify Him.”

The need for adoptive families is great for both older children and sibling groups. Learn more about international children waiting for families at bethany.org/these400.


Bethany’s heart is for children, and every child deserves a loving family—that’s where they thrive best. As a fully accredited industry leader, Bethany has a long track record of bringing children and families together through our adoption services. Adoption is a lifelong journey. We prepare you to bring a child home and provide ongoing support along the way. Bethany equips families like yours to be the answer for children in need—as Christ intended.

The Tests of Mother Love