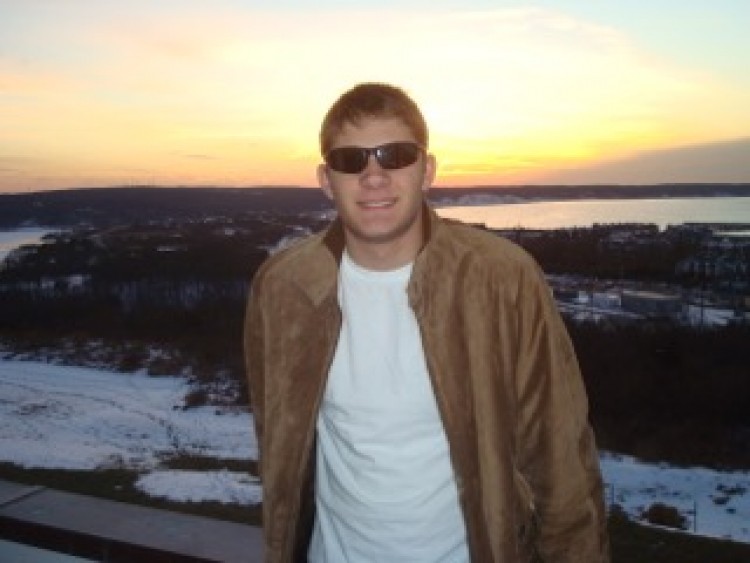 We're used to reading parents' stories about adoption. Here's a young man's point of view, 13 years after he traveled to the US at age 7 for the Bridge of Hope hosting program sponsored by Cradle of Hope Adoption Center. Eugene, now a college student with many accomplishments , is one of over 600 children who have found forever families in the US thanks to their Bridge of Hope visit. BOH continues to bring children for hosting at least twice a year and is now recruiting host families for our summer 2015 program. Contact Patrice Gancie for more information.

My name used to be Evgeniy Proskurnin, but now everyone knows me as Eugene McCarrick. I lived for almost 6 years at Childrens Home # 1 in Krasnoyarsk. Life at the Childrens Home was hard. All kids were assigned chores, and I used to scrub the floors and help clean windows. When I was 7, I was responsible for getting a 4-year old boy out of bed each morning, dressing him, and getting him back in bed each night. If the 4-year old boy cried or acted up in any way, I would be punished. I used to dream that I could be a bird and fly away to a better place.

In 2002, when I was 7, I was told I was going to go to summer camp in America. I didn't know what America was, and I thought it must be another area in Russia. One of my friends at the Childrens Home told me that Americans ate children. I had never been on a plane before flying to Moscow, and later to New York. When we landed in America, I didn't understand how the people spoke. At Kennedy Airport, I was introduced to Theresa and Jerry, who I was told I was going to stay with for the summer. I was a bit scared, but I felt better when they spoke Russian to me and gave me a watch and soccer ball at the airport. I walked hand-in-hand out of the airport with Theresa and Jerry, and I didn't know what to expect. I had fun in America and spent my first July 4th at Jones Beach. I liked that I had my own clothes, a couple of tricycles to ride, and that I had my own bedroom. I liked America, and I asked Theresa and Jerry if I could stay, even though I knew I had to go back to the Childrens Home in Siberia.

Two weeks after being in First Grade in Krasnoyarsk I started First Grade in the Cherry Lane School on Long Island. It was hard at first learning English and not being able to communicate with classmates, but my teachers were really nice and supportive. At Carle Place High School, I made the "A" or "B" Honor Roll 15 of 16 semesters. I won 18 Shot-put and Discus Medals and played on the basketball team. I played trumpet in the school's band, I played guitar in the Rock Pep Band, and was a member of the Tri-M Music Society. I'm currently a Freshman at Farmingdale State College, and I'm a Computer Forensics Major. In my free time, I like to sing and play music. I also enjoy traveling and going to concerts and hockey games. In our house we always have two Christmas trees, one of which is a Russian tree decorated with just Russian ornaments and with a big red star on top. We celebrate Christmas on December 25th as well as Russian Christmas on January 7th.

As I've gotten older, I realize that my dream of being a bird and flying away to a better life came true for me on Christmas Day, and that I received the best gift of all, a loving Mom and Dad and a new life in America. I appreciate the opportunities that America has given me.

Vist the RainbowKids Orphan Hosting Area to learn more about hosting a child during an upcoming holiday (summer and winter). 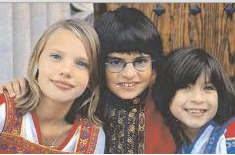