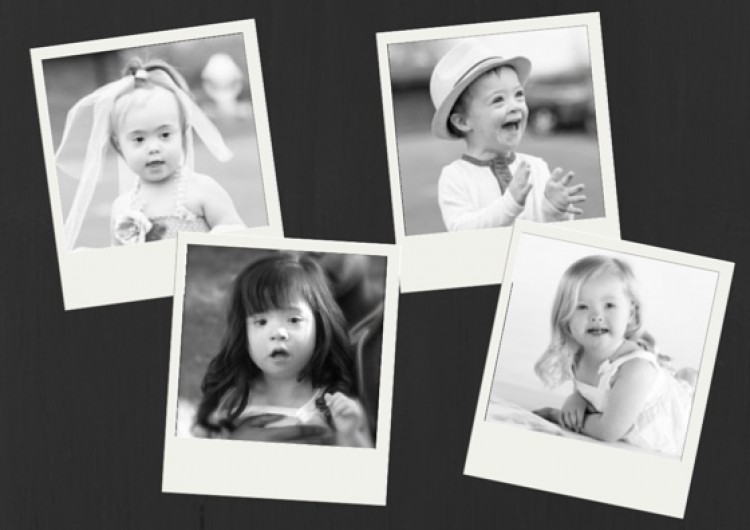 About a year ago I came up with this idea. It’s an idea that evolved from my story, Everyone Needs a Vince, about growing up with my childhood best friend Vince who has Down Syndrome. In short I told of our adventures. Our heartbreak. Our friendship. Through the years I never saw his disability. I saw his person. And as the title suggests, I felt everyone in the world needed their own Vince.

How do you begin to inspire someone to see the person and not their special need? How do you give someone their own Vince?

The next step was to find the captivating subjects of our photoshoot. I wanted toddlers. I don’t know why I was fixed on that age range, but they had to be toddlers.

Kelli is a part of my village too. My adoption village. Our sons were in Ethiopia together and a few years after she and her husband brought their boys home they welcomed through adoption a newborn baby girl with Down Syndrome. I sent Kelli a message that started something like this, “I have something I want you to ponder…trust me…its all good!” I went on to ask her if she would be interested in hearing about something I was dreaming of and if she and her daughter Amy would be willing to step into this dream of making the world see the child and not the disability with me. Her response? Absolutely!

After, I asked her if she knew any other toddlers who might fit the bill. It took Kelli less then ten minutes, well, actually less then five minutes to introduce me to Brooklyn and her bubbles, Seth and his stick and hat, and Hattie and her books.

The weather where we live has been unseasonably wonderful, almost spring-like during what should be the dead of winter. We couldn’t have pulled this off during a typical Pacific Northwest winter. On a warm January afternoon, with the help of a crew of energetic 12-year-old boys who chose to put down the video game controllers and nerf guns and instead help out by holding reflective panels and toys to make Amy’s face light up, our first model danced in the sunlight with angel wings on her back to Taylor Swift’s Shake It Off.

And she was magnificent.

"When it was all said and done for the day, I think what struck me the most was the moment when I was explaining to one of my 12-year-old helper’s parents what our goal was, to see the child and not the disability, that their son turned to me and said, “Wait. What? Amy has Down Syndrome?” He had spent an entire afternoon playing with her, dancing with her, making her smile and he never once saw her disability. It was then I knew this dream might just become a reality."

Over the course of the next couple of weeks Hue and I welcomed Brooklyn, Seth, Hattie and their families into our dream. Each meeting started with shy, hide behind mom's legs looks, but within minutes each child evolved into their own personality that by the end of the photoshoot had everyone involved charmed to the core. Charmed to the heart.

I can fill your mind with a whole lot of statistics about Down Syndrome.

I could go on and on about the sheer number of children with Down Syndrome waiting to be adopted both in the United States and internationally. On RainbowKids alone there are 296 Down Syndrome children waiting for their forever family to step forward. But I won’t go on. Not today at least. Instead, I will just let you sit back and see Amy, Seth, Brooklyn, and Hattie for the beautiful loved exceptional children they are.

There is this incredible village among us and within this village there are phenomenal families who look beyond the disability and see their child as we all should see their child.   As I saw my Vince  so many years ago. The Best Christmas Gift of All: An Orphan Hosting Story