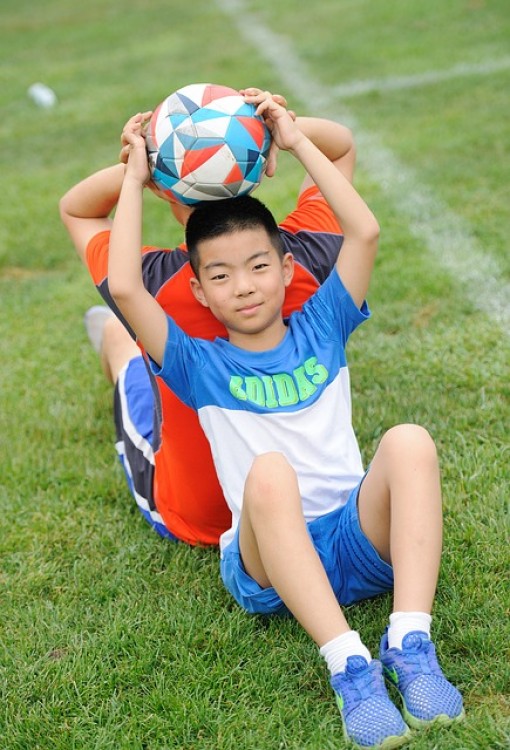 I adopted my daughter when she was 13 years old, and my son entered our family at the age of 10. Over the last few years I’ve gained a lot of valuable parenting experience in a “hands on” way. I have also educated myself about issues with older children, by belonging to a number of adoptive parent groups, reading, and just talking and visiting with other parents of older kids. I don’t hold myself out to be an “expert,” but I can tell you what I know, from my experience.

ONE: Can you learn some of the child’s language?

In any adoption of a child over the age of 2 or 3 years old, I think the most crucial thing is to learn the child’s language, at least a few key “mommy” words and phrases. Your child will not learn English overnight. You will need to communicate for several weeks or months before the child will be able to function in English. I took a formal class in my child's language, but even though I have a facility for languages and speak French and Italian, it was really difficult. I finally just told my teacher that I really just wanted to memorize parent words and phrases, and she gave me a handy list. She also made me a CD, at my request, so I could pronounce things correctly. Additionally, I listened to CD’s in my car, although they were of limited value because they were aimed at travelers. Despite all my preparations, communication was a big issue with my daughter, at first.

TWO: Are you willing to educate yourself on the issues your child may have emotionally?

If your child has been in an orphanage more than 6 months, they will likely have at least some institutional behaviors. They may hoard food – my daughter did, keeping stale food stashed away in her bedroom, even after I warned her about attracting bugs. They may be sneaky – as in my daughter’s not taking a bath because she didn’t feel like it. Orphanage caretakers had told her if she bathed every day it would dry her skin and hair out and she would look awful. The orphanage child may be incapable of sleeping in a dark room by herself at night. Even now, my daughter needs a large lamp on, and the radio, and the door left open. So does my son. When they were small and with their birthmothers they had been left alone at night. So they are quite fearful, and may not grow out of it.

My daughter always asked me, right at first, if she could go to the bathroom, every time she had to go. My son did the same. Now, they both just go, no permission needed. They each asked permission to eat anything in the kitchen, until I got them used to getting snacks for themselves.

THREE:  Are you willing to keep things in your child’s life low key for several months after they come home?

Adopted children need to be at home, in a calm, safe environment, as much as possible after they come home. It’s not a good idea to immediately stick the child in school. The child needs to bond to you and your spouse and other family members. The child needs to adjust to a whole new life – new country, new family, new tastes, smells, etc. It can be really overwhelming, at first. You will need to avoid parties and big social events, and keep things very low-key for a while. You may have to severely curtail your social life and normal activities, for the sake of your child.

You need to take FMLA leave if you work full time, just like you would with a baby. I could only take 2 weeks with my daughter, and her attachment was slowed a lot. With my son, I took 6 weeks, and had much better attachment.

FOUR:  Are you willing to be flexible about your eating habits when the child gets home?

Expect the child to be resistant to American food. My daughter ate everything in sight when she first came home. Only later did she become picky. My son didn’t want to eat much when he came home, sometimes outright refusing to eat even a small meal. I finally questioned him and found out someone at the orphanage told him everyone in America was fat, and he would probably get fat! Both kids prefer soft meat to hard or grilled meat. They like things like baked fish, meat loaf, and soup, much more than grilled or fried foods. Find out as much as you can about the child’s diet at the orphanage, and try to switch them gradually to an American diet. Be prepared for the child to either gorge themselves with food, or completely refuse it, at first.

FIVE:  Are you able to take the time to educate yourself about adoption issues?

The most important tip I can give you is this: Educate yourself. Read everything you can about kids adopted from orphanages, the customs of the country your child is from, other parents’ experiences, etc. I regularly check out a number of online forums for discussion of adoption issues, and read adoption magazines. Talk to other parents.  Ask your agency about other parents in your area that you could speak with about your child. If necessary, form your own support group.

I have read numerous books about how to handle the behaviors of an adopted child, although there are few resources for parents of older children. Dr. Ronald Federici’s book Help for the Hopeless Child, was quite helpful. I also liked Beyond Consequences, Love and Logic, by Bryan Post and Heather Forbes. They offered very different perspectives, yet I gleaned valuable information from both of them. I’ve also heard good things about Deborah Gray’s Attaching in Adoption as well as The Connected Child, by Karyn Purvis.

SIX:  Can you develop a thick skin?

I had several close friends tell me I was crazy when I was in the process of adopting my daughter. My own brother was very resistant to the idea. I was told my child wouldn’t bond to me, would have huge emotional problems, probably would have terrible FAS [fetal alcohol syndrome] etc. etc. I had to just say “Look, all kids have issues. I can figure out how to handle whatever issues come up!”

I’ve also had plenty of thoughtless and ignorant questions thrown my way. Examples: Where’s her real mother? What does she call you? Why did you give her your last name?

If naysayers and ignorant folk are going to freak you out, don’t adopt an older child.

SEVEN:  Can you accept that your child will likely not look or act like you?

For some parents, this can be a daunting issue. Neither of my kids look like me. I’m OK with that. I’m open about them being adopted.

EIGHT:  Are you willing to become an educational advocate for your child?

With an older adopted child, they are usually 2-3 years behind academically. Most school systems will want to stick them in the appropriate class by age, regardless of their true academic level. You will need to get your child the help they need. My daughter was poorly educated in her birth country and has a learning disability. I had to pay for her testing and finally home school her for a year because the local school kept telling me all her problems in school were language based, which I knew wasn’t true. I’ve spent over $12,000 helping her educationally.

NINE:  Can you handle a child who is emotionally behind his or her peers?

My daughter is 16 and acts 13. My son is 10 and acts about 7. They never got the love and emotional security they needed when they were young. It’s a documented fact that institutionalized children fall behind their peers emotionally. They aren’t bad kids, they are just not the same as American kids in normal middle class households. You have to be willing to baby your kids a bit, and accept that they are different.

TEN:  Are you willing to adopt a sibling, if there is one out there?

A lot of kids in orphanage have siblings. Some still live in the birth families. Some are in different orphanages. Many times, siblings are located for older children, and the families are asked if they are willing to adopt them. There is no right or wrong answer to that question, but you need to think about it. If you cannot possibly adopt more than one child, think about how you can keep the kids in contact with each other. Losing a sibling can be devastating emotionally to a child, even a sibling they aren’t close to.

One question you might be afraid to ask an adoptive parent of older kids is this: Can I love an older adopted child the same as a bio child? The resounding answer is YES! I would do anything in the world for my kids. I would give up my life, if necessary. They are so sweet, and so very loving. They are grateful to have a mommy who loves them. It’s impossible not to love them with all my heart. I know so many adoptive parents of older kids [both bio and adopted] who say this same thing – your heart can expand exponentially, if you take a chance.

I have so many handmade cards and letters from my daughter telling me how much she loves me and how thrilled she is to be part of a family. My son spent the first few weeks he was home hugging me around the waist 10 times a day and smiling up at me and saying with mingled awe and delight “My MOM!” It’s those moments that I know I did the right thing.

Why Adopt from South Africa?

From Hosted to Forever