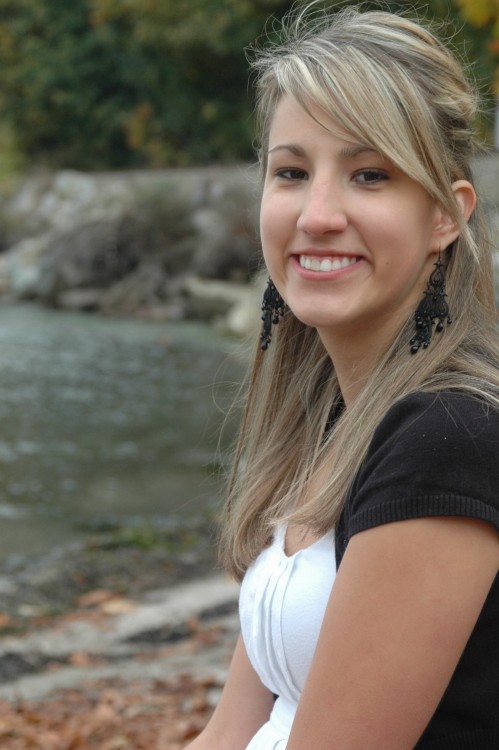 This article was originally published in Nov. 2000, in Adoption TODAY Magazine.

In December of 1989, I was busy making dinner when I heard on the news that the small country of Romania had reportedly just had an uprising. Many people had been shot and there was an information blackout.

I felt sorry for this little country even though I didn’t know much about it. And I didn’t know anyone there personally. It seemed a little bit strange to me that I would feel something almost personal about this news blurb since I had heard many similar newscasts about other countries.

Less than a month later, more news informed us that this same country had recently executed their Dictator and his wife. Suddenly, the Western world was discovering thousands of children living in Romanian orphanages. This stopped me in my tracks. My husband and I had always discussed adoption as something we wanted to do, especially since I had been adopted at birth. But we felt we had a slim chance of adopting domestically since we already had 3 sons and could have more children without a great deal of difficulty. But as we saw these children crying in crowded cribs, I couldn’t sleep at night. This seemed to be the answer to our adoption desire-- go to Romania!

It took me a year to find out all of the steps to the adoption process, including the paperwork maze, without the help of an adoption agency. I talked to everyone who had adopted from Romania, or who knew someone who had. I made a journal of the do’s and don’ts of travel there and searching for a child. Amazingly, I found a Romanian family in our town that still had family in Bucharest who would agree to house my husband while he was there. We took out a loan in order to pay for the adoption—including travel, lodging, food and guide. This was all an estimate and there was no absolutes and no referrals of known children available before my husband left. The entire trip would be on faith and good luck, with no guarantees. If we didn’t succeed with the first trip there wouldn’t be time or money for another one. To add more drama to the trip, there were rumors that Romania was going to shut down their adoptions anytime.

It was Mother’s Day 1991, and the time had finally come to my husband to get on the plane and go get our daughter. He had the two original sets of paperwork in English and Romanian, a list of 10 contact names and numbers and all the cash we had for the trip. In 1991, they only accepted hard cash—no travelers checks, credit cards or ATMs at the time! He had to carry all the cash for the trip with him so I got a jacket at goodwill and opened up the lining of the jacket near the zipper so he could put his cash in the lining and then velcro it back together. That way, if someone tried to pickpocket him, they couldn’t get the money, it worked great, but it made for an interesting frisking by the airport security!

To save money, he took a plane from the U.S. to Germany and then a train to Bucharest. What an experience! After arriving in Bucharest, he was met by our first guide. I would talk to him every night and hope that he would have some good news to tell me when I woke up in the morning.

They immediately went to a hospital that had a little girl that we thought might work out. He gave me her name and birthdate and I immediately filled out an I-600 and FedExed it to Bucharest. Then I found out the next day that this little girl was not available for adoption because her mother abandoned her and the address she left was false. There was no way to find the mother and we had to move on because time was running out. Without even seeing a picture of this child, I cried and felt a tremendous loss.

The next child seemed a better possibility. The mother was not able to provide for the child and would relinquish her. So, my husband gave me her name and birth date and sent another I-600 to Bucharest. The next day we realized that we couldn’t adopt her because our embassy would not issue a visa for a child with a father listed on the birth certificate. There were many Americans in the same situation and the last think we needed to was to legally adopt a child who we couldn’t’ bring home-- another emotional ending.

The third child was in an orphanage and her name was Daniela. I thought this was a sign because we were going to name our daughter Alyssa Daniele. But the day my husband went with the birthmother to take her out of the orphanage, the director refused to allow the birth mother to remove the child because she realize the mother was removing her only to relinquish her to an American.

When my husband talked to me that morning, he told me the bad news about Daniela. But, the good news was that there was a baby girl, four days old, in a hospital in Buzau and the birthmother was going to leave her there the next day. From there the child would be transferred to an orphanage. The doctor and guide approached the birthmother about her plan for this child and she said she would like her to have a good home. She was young, unmarried and had no way to provide for her. There was no father listed on the birth certificate. The next day, my husband took our daughter to Bucharest and cared for her until the court date arrived three weeks later. During this time, it was exciting, but we still hesitated to call her by the name we had chosen. We had to keep our hearts at arms-length because anything could happen—the birthmother could change her mind in the court or the country could shut down. I wasn’t even going to get her room ready until I knew she was absolutely coming home.

The day after Father’s Day 1991, the adoption was final by the next Sunday they were both on their way home. While he was flying home, I was busy getting her room done! In less than two weeks, the country shut down adoptions. We were very lucky.

In 1993, my husband took me back to see where our daughter came from and I met her birth mother. Now I send her pictures twice a year along with drawings Alyssa has made and I occasionally get a letter from her written in Romanian.

For now, I keep these letters in a safe place. Alyssa has seen pictures of her birthmother and where she would have lived with her birthmother could have taken care of her. She knows very well that her heritage is Romanian.

When she is older, I will show her the letters and let her know how to find her birthmother if she desires. I am not afraid for them to meet, as I also met my birth mother 13 years ago. I personally know what the person called "Mother" has a place in everyone’s heart that no one can take. Mother is the one who took care of you, wiped your tears and bandaged your knee, fed and hugged and disciplined you. Regardless of genes, that is a mother. I also know that the woman who gives birth to us also has a very special honored place in our hearts. There needn’t be competition between the two. However, genes travel with you no matter where you go, and sometimes when Alyssa turns her head just so or cocks her mouth a certain way, I see a glimpse of her birth mother for a split second.

The most recent addition to this life history of my child happened two weeks ago when I received a picture of Alyssa’s sister, who I didn’t know existed. She is four years younger than Alyssa and when I saw the picture it took my breath away. The child in the picture looked identical to my daughter, only younger-- they could almost be twins. Her birth mother is married now and they can provide for this child, so her rightful place is in Romania with them.

Someday, I am sure Alyssa will meet her sister and compare hands and feet and face, as I did when I met my birth family. But until then we have many more wonderful life chapters to live!

Debbie Price is the Executive Director for Children’s House International. She was adopted at birth and she and her husband adopted their daughter, Alyssa, in Romania in 1991. They also have three sons. Debbie is the international specialist for the Romania program at CHI and travels to Romania at least once a year to coordinate the program. Currently, Romania is only open to single women or couples where at least one spouse has Romanian Citizenship. For more information please contact the main office at 360-383-0623 or email yadira.c@chiadopt.org