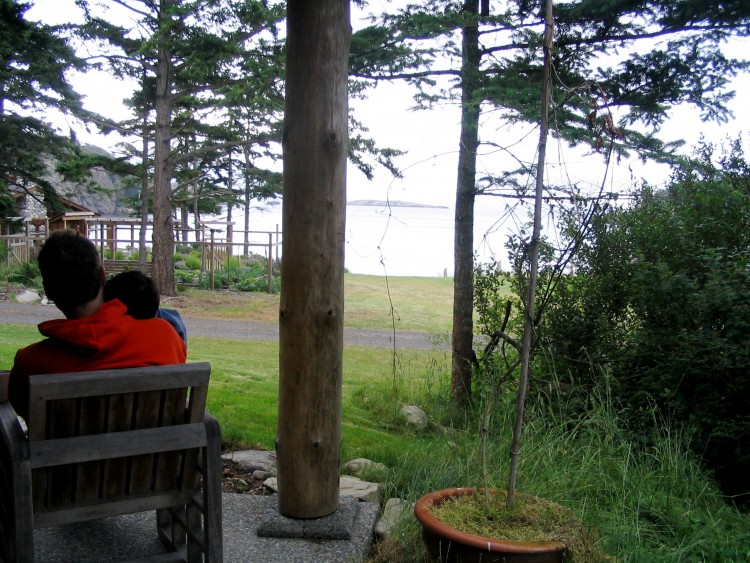 I stumbled across an African philosophy several years ago that has become a part of my family’s everyday life. We were just stepping foot onto the long and winding Ethiopian adoption road, and while the rest of the world was embracing the more lyrical African philosophy Hakuna Matata, I was teaching my kids to embrace Ubuntu.

I am not ME without WE

and is in reference to a wonderful quality certain people have in life in their actions toward their fellow human beings.

If you walk with ubuntu you are embracing the essence of what it is to be human.

I so loved the word and its meaning that I created a wall decal in 12″ font that adorns our entryway so every person who walks into our family home understands who we are through our family’s adopted philosophy. We are who we are because of the people who walk through our door.

There are two parts to the ubuntu concept. The first is that a child is born friendly, hospitable, generous, gentle, caring, and compassionate. As a parent WE should encourage our child to use these strengths on behalf of others. To lift up the weak. To reach out to the poor. To tend to the ill. WE should teach our child to never take advantage of anyone and to apply the Golden Rule daily. If they walk this walk the second part of ubuntu comes naturally. The child shares their worth with the world and humanity is celebrated.

ME and WE. As human beings we need each other. We would cease to exist as a civilization if this were not true. The person with ubuntu accepts with humility that they would not be the person they are without those who surround them.

They also recognize and accept that those who seek to cause harm to others through words or actions are victims of an out of control WE. On a world-wide scale that would be political ideology, economic systems, or political strife. On a playground scale it is a child with overaggressive parents who models their bully behavior. Or a child whose life was rocked because of an economic downturn that has made day-to-day living a struggle. Or a child in a peer group clique who fears individuality and is assigned to be part of a caste system among the play ground bark chips. Or a child lost in an orphanage system because of circumstances his WE could not control. Sometimes in anger or despair it is easy to forget those who are aggressive are a result of the negative WE that surrounds them. Good or bad, they are who they are because of the WE in their lives.

Ubuntu: I am not ME without WE.

Every child deserves positive Ubuntu in their lives. They must be surrounded by adults who can advocate for them, lift them up when they have fallen, hold their hand to guide them, and wrap their arms around them to love them. To give them a voice. To give them dignity. All of this is crucial for a vulnerable child or quite simply, their spirit will cease to exist.

It is about the concept that on a global scale life in a family is truly the best option, that every child’s WE is important. It is about providing for a family in crisis so the child can remain with their original family. It is about reuniting  a child with family and when all other options fail, it is about creating a family for a child through adoption.

It is about being the WE to the ME of the child without a voice.

The child and family welfare organizations featured in RainbowKids Get Involved: Ways to Help area go above and beyond for the vulnerable child and if possible their families.

They are the positive Ubuntu every child needs.

Adopting Her Most Precious Treasure