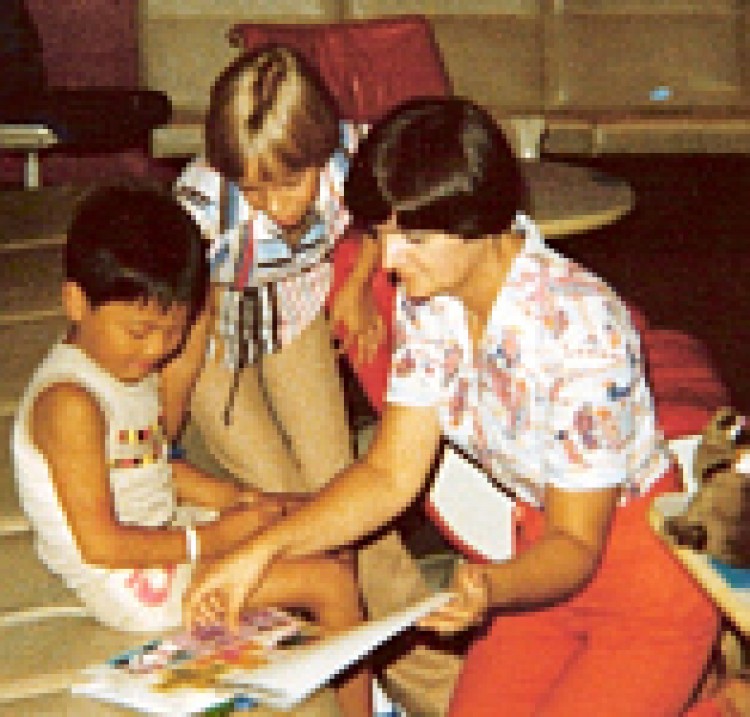 I grew up the oldest child in a family with four sisters and my spouse was an only child. My wife and I had made the decision that we did not want our (birth) daughter to be like her; an only child. Although I knew in my heart that I wanted a son, my wife was hesitant in choosing whether the adoption should be male or female. We agreed, though, that we wanted to adopt an older child of school age.

I wanted a boy because I grew up without a brother and longed for the bonding of a father and son. I am also athletic and thought how nice it would be to have a son to pass on my experiences, knowledge and the spirit of sport between father and son. Our daughter is athletic, brilliant and amazing in so many ways. Still, I remember my experiences with my father and could picture in my mind doing father/son things that we had done together.

Adopting a boy gives fathers that special bond that men have with each other. They get to share and discuss many topics that are special to being male throughout there lives. Adopting a boy gives mothers a special bond that they may not realized existed between mother and son. In any child's life, there is no one more important than his or her mother.

Adopting our son has been an extraordinary experience.

--Thomas Eichberg, recalling the adoption of his son, Todd, nearly 30 years ago

While filling out the Dillon International adoption forms in 1977, we made a last- minute decision to request a five or six year old boy. Although my husband had a strong desire to adopt a son, I was hesitant at first to the idea of parenting a boy. My experience centered around raising our daughter. Sitting in the office that day, we took a leap of faith that changed our family's lives forever.

The photos of seven-year-old Park Heung Boo arrived several months later. He looked sad but stoic posed standing on a chair in the Angel Children's Home in Seoul . We wondered about the possible emotional problems an older child might present. Had his health or teeth suffered from living a poor existence in Korea? The 1970's were a challenging time for orphans in that area of the world and there were many unknowns. What about having to teach him a whole new language? Would he be accepted by the other kids in school and the neighborhood?

Even with these slight reservations, we proceeded with our plans as we felt a stable loving home could overcome any challenges adopting Heung Boo might bring. We wrote letters to our new son, Todd Heung Eichberg, and sent family photos to help prepare him for his journey. In mid-August, he arrived in New York City , and only two weeks later our son Todd began school as a first grader.

--Janice Eichberg, recalling the adoption of her son, Todd, nearly 30 years ago

I don't remember much about the days leading up to my adoption.  I was seven-years-old and I was one of several orphans playing at a playground.  It was hot and dry, typical for a Korean summer day.  One minute, I was playing with the other kids at the orphanage, the next minute, I was whisked away by a man on a bicycle. I was taken to a hospital (later I found out that this was Eastern Social Welfare Society) where I was given shots and given new clothes to wear.  I'm not sure how long I stayed at Eastern.  My next memory is finding myself on an airplane with other children headed to America .  I did notice that I was the oldest in the bunch.

I remember not knowing what to think.  A part of me was so happy to finally get out of the orphanage.  Yet another part of me knew that my life was changing forever.  For so many years in my young life, I had been in survival mode.  On numerous occasions, I had gone hungry having to resort to begging and stealing.  I had lost my father, been abandoned by my mother; I had already experienced so much in my short life.  All the other children on the plane headed to America were much younger than me.  I remembered trying to comfort these other kids; I wonder if part of this was because I wanted to reassure myself that I was going to be OK too.

I arrived at JFK International with nothing more than the clothes on my back.  Sadly, even those clothes were given to me by the staff at Eastern Social Welfare Society. My new family was there awaiting my arrival.  I felt so small.  I felt overwhelmed.  They gave me a stuffed teddy bear to comfort me.  They bent down to my level, hugged me and welcomed me.  Somehow, amid all the chaos, I knew that I was going to be OK.  I knew that I would never go hungry again.  When we arrived home, my parents showed me my new bedroom.  They showed me my very own clothes, my very own toys, and my very own bed.  Never had I had my own bedroom let alone my very own bed.  They showed me love.  After having lost a family, I had miraculously gained another one.  I felt like I belonged once again.

Our worries were quickly eased. Todd's health was excellent. The neighborhood kids who had celebrated his arrival with us became his constant protectors and friends. Everyone enjoyed hearing Todd sing familiar songs, such as "Jesus Loves Me," in Korean. We made an audiotape of him singing and speaking excitedly as he helped prepare his new school supplies. It proved to be one of the best things we did as he soon stopped speaking in his native language and began to quickly absorb English. In the evenings, I practiced the alphabet and letter sounds with Todd. By the end of first grade, he was one of the best readers in his class!

As for emotional problems or poor habits, none surfaced. He was fearless, strong and agile, climbing every tree he could and learning to ride a two-wheeler in just a few days. We learned from an interpreter that having his own bike was the thing he most looked forward to as he came to the United States !

Todd progressed through school as a popular, bright, athletic student. He was elected a class officer every year in high school, was an honor student, a talented artist, a wrestler and played on a championship lacrosse team. He was honored by the Daughters of the American Revolution and was selected to attend the prestigious U.S. Coast Guard Academy. After graduation, Todd served six years as a Coast Guard Officer. Upon leaving Korea as a young boy, he remembers being told, "In America, you can be anything." As a result, I believe he has taken full advantage of every opportunity presented to him.

In the year 2000, we had the exciting experience of locating Todd's biological family and traveling to Korea to meet them. I will always remember his first-mother's joy at seeing and holding him again. She was so thrilled to know he was happy and well. Her appreciation for all we had done for her Heung Boo was expressed to us over and over again.

I am now 35 years old, married and have three children.  I have a son, Dylan, who will soon be seven, the same age that I was when I was adopted.  I sometimes look back at the summer of 1978, when my life changed forever.

My dream is to take each of my three children back to Korea with me. I want them to see my native country. I want to show them where I spent the first seven years of life. By doing so, I would be able to truly share my adoption journey with them in a very personal way. Looking back upon my adoption, I realize just how truly blessed I have been.