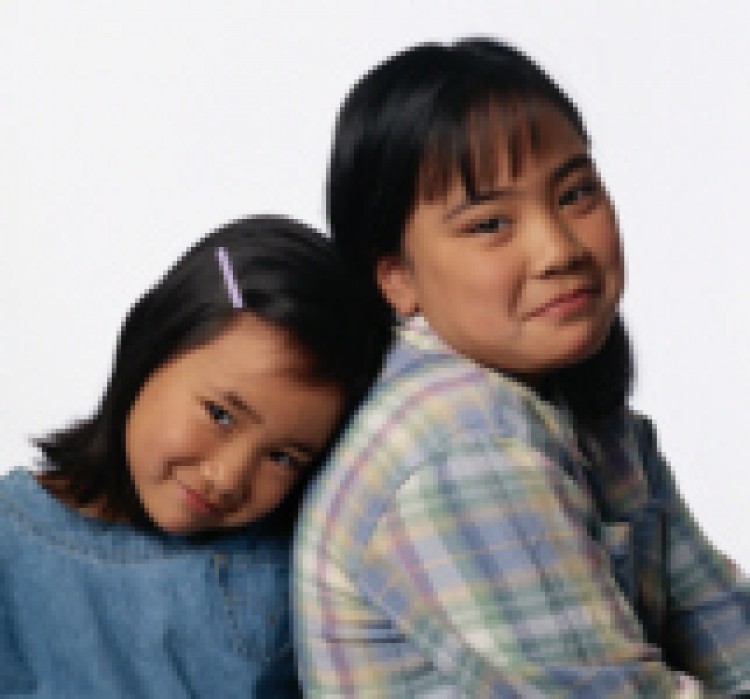 At a recent five-year-old's birthday party at Jungle Java, after the children all gathered together and sang "Happy Birthday" and cut the cake, a friend of the family burst out, "What, no Arabic? We're supposed to sing the song in Arabic now!"

Our favorite was Japanese, so influenced by American culture that the words are simply Hah-ppy Bahth-day to you with a Japanese accent.

This is a great way to teach children that it is ok to speak (and sing) another language, that one's family language is as important as the English language, and that lots of people speak other languages. The interesting thing is that I have never had to explain this to children. The kids take it in stride.

Last summer, we were driving with one of my father's friends  a Japanese man about 70, very serious, who does not speak much English. My son, four-year-old Little Brother, started singing "Open Them Shut Them" in Japanese (which he learned at the University of Michigan Children's Center). We were surprised to see this very stern man instantly smiling and singing and clapping his hands, his face completely open for the first time in all the years we have known him.

When we heard the Ann Arbor Youth Chorale perform a perfectly harmonized "Silent Night" in English and German, it was hard for me to resist singing along. The children were amazed to hear me singing in German. When I learned it in fourth grade, it had been extraordinary to learn a song in another language, although in retrospect, it should not have been. Many of the students at my school were bilingual--speaking Spanish or Italian or another language at home. But we knew without being told that the home language stayed at home.

A girlfriend and I were recently talking about love and life (what else?) at Sweetwaters Café downtown, when I started talking about wanting to live "an untranslated life," to be able to move seamlessly between languages and cultures and not have to stop and make a formal announcement, "Ok, now we're going to sing 'Happy Birthday' in another language," and then have to wheedle people to join. I want it to just come, seamlessly, joyfully.

My children and I have found that with each other. Their Chinese language skills and cultural adaptation skills are strong enough that we can talk and joke in Chinese, English, and Chinglish (with a little Japanese and pidgin and webspeak, too). Hao Hao's friends at Clague Middle School were all incredibly impressed when I left a note in her lunchbox full of OMGs and LOLs.

Frances Kai-Hwa Wang is a second-generation Chinese American from California who now divides her time between Ann Arbor and Hawaii. This is a monthly column for RainbowKids.com She is editor of IMDiversity.com Asian American Village and a popular speaker on Asian Pacific American and multicultural issues. Check out her website at  www.franceskaihwawang.com . She can be reached at  fkwang888@gmail.com .

What is the Right Age?